Audiences will get to see the usually charming Eddie Perfect in the villainous role of company boss Franklin Hart Jnr in Dolly Parton’s musical 9 to 5, which is currently touring Australia.

The performer says there are no redeeming qualities and character arcs to explore with Franklin, just pure sexism and inappropriateness – and his list of faults doesn’t end there.

“He doesn’t really have much of a journey because he starts bad and he ends bad, but he loses and I feel like his reckoning comes sometime after the show ends,” Perfect says.

“He’s takes credit for other people’s work, he’s a bully and he absolutely, definitely sexually harasses women in the workplace.

“He’s pretty much every terrible, sexist boss you’ve had rolled into one and I can tell that because he’s so multi-faceted in his awfulness that audiences react really differently when he does different things. But it’s wonderful being the villain because it makes his comeuppance even more delicious.”

Perfect says it’s always interesting to take a piece from the rehearsal room to the stage to gauge reactions.

“The first couple of shows you’re like, ‘Woah, the audience really don’t like this moment’. You’ve got to lean into it and own it with confidence; you’ve got to own that character.

It’s a role that came to Perfect at the right time – he was living with his wife and two daughters in New York, where he’d spent two years composing King Kong and Beetlejuice. He was ready for a return to Australia and said yes to playing Franklin Hart Jnr before he read a script or listened to a score.

“The idea of just going back into writing, which is quite lonely and isolating, wasn’t appealing, and the idea of being in the cast of a musical and acting again was just a dream.”

As it turns out, the lonely isolation happened anyway, thanks to the pandemic, but after a little interlude, Perfect is now back at home and back at work.

The last time he stepped on stage with an entire cast was for a 2014 production of South Pacific, so he’s looking forward to purely performing in a show, rather than writing.

“I always used to watch the cast of Beetlejuice and they’d work so hard… it’s a really physical prospect and it kind of consumes your life.

“You have to find a way to make it fresh and real and vital for every audience because they’re new to the show and that’s the skill of being in a long-running show.

“I’d look at the actors and think, ‘That looks like too much hard work. While they’re performing, I could be eating Thai food.’ But now I’m on the other side, I’m very much enjoying it.” 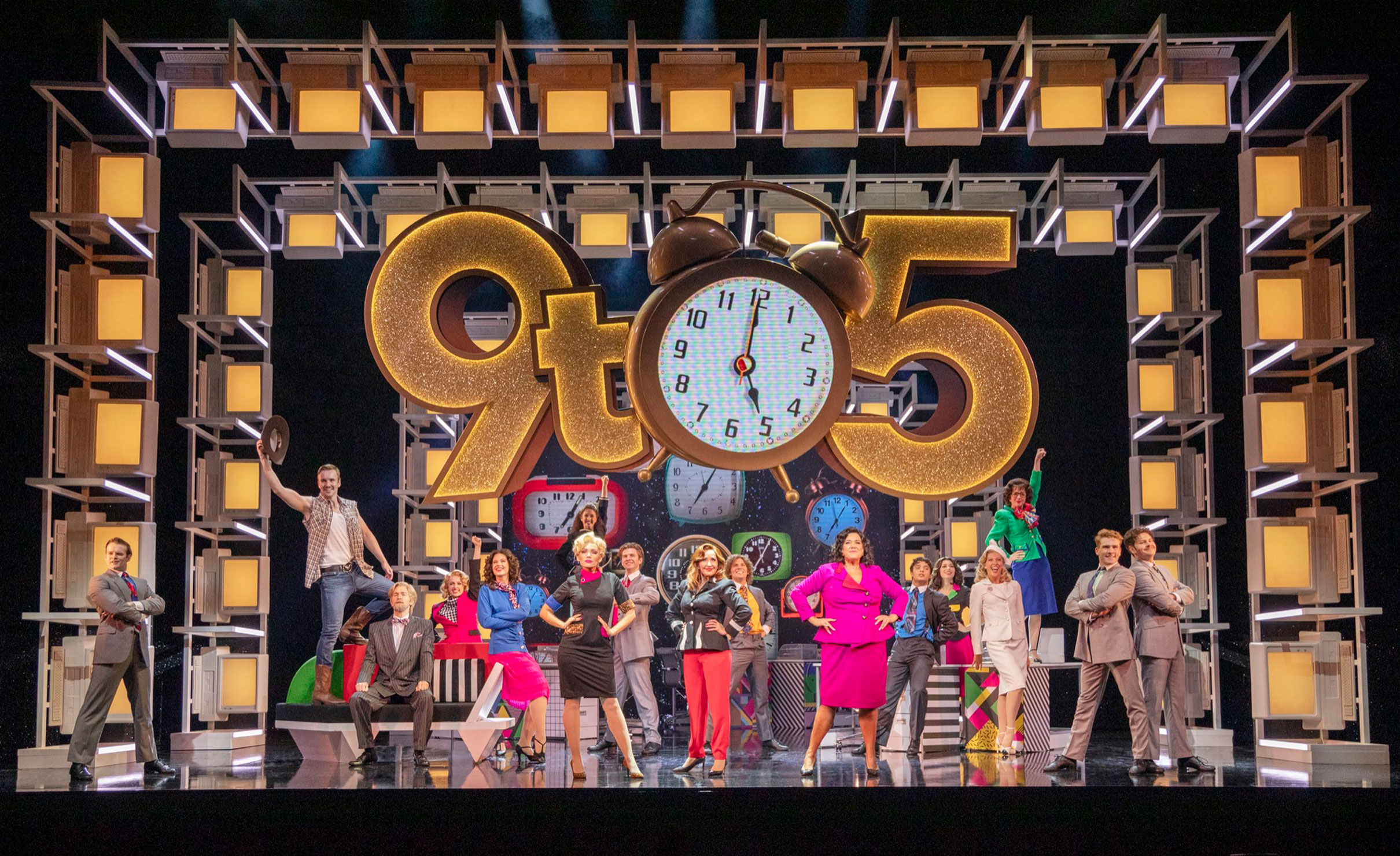 The ensemble cast of ‘9 to 5 The Musical’ are bound for Adelaide.

Performing in a big musical comedy, one thing that drives Perfect each show is that all-important audience reaction.

“I just absolutely love being an actor in a comedy. It’s really improvisational and it’s got to be spontaneous; you’re digging for the funny all the time.”

Perfect says a bucket list tick came for him with a tango number he gets to perform with Caroline O’Connor, whose character Roz Keith is in love with Franklin.

The honour of performing in a show written by someone as iconic as Dolly Parton isn’t lost on Perfect.

“I feel like she was sort of a punchline as a kid, but she’s this extraordinary multi-instrumentalist and a brilliant singer and performer, and also a dedicated philanthropist.

“Her Imagination Library organisation has distributed something like 15 million books across the globe, with the idea of raising the standard of literacy for underprivileged kids.

“I think it must have been a really hard road for her to have this sort of strange, sneering, judgmental perception about her, while at the same time being an incredible artist and philanthropist and maintaining her cool and grace.”

The legend herself appears on screen with a dedicated message for each city the show visits, and when she gets around to the Adelaide shout-out in October, Perfect, a former Cabaret Festival artistic director, says he’ll be happy to be back.

The last time he was in Adelaide – for his intimate show Introspective at last year’s Cabaret Festival – he experienced very little of the city, being ferried from a hotel room, through a “COVID corridor”, on to the stage, back through the corridor and to the hotel.

“You go from spending 23 hours a day on your own in a hotel room and then there’s this one hour where you’re on stage in front of hundreds of people. The contrast between those two realities is crazy; [from] isolation and loneliness to this extreme public performance anxiety.

“Adelaide’s one of the best cities in the world and I can’t wait to be able to walk out of the hotel and eat your food and drink your wine.”

9 to 5 The Musical is at the Festival Theatre from October 8; general release tickets go on sale May 6.