Adelaide filmmakers are well represented in the line-up of top Australian shorts being showcased in the 2022 Flickerfest tour screenings at the Mercury Cinema this Saturday.

Other local filmmakers in the line-up include Charlotte George with Assets, a comedy starring Fiona Choi from TV’s The Family Law, and Tim Carlier’s surreal Farmers, about three aliens who buy a farm in rural Australia.

The Best of Australian Shorts also includes quirky black space comedy The Home Team (featuring Paul McDermott and Tara Morice), and drama You and Me, Before and After (with Yael Stone).

Later the same evening, the Mercury will present Flickerfest’s Best of International Shorts – a further eight shorts from countries including the UK, New Zealand, Mexico, Canada and Poland.

See details of the full line-up on the Flickerfest website.

Expressions of interest are being sought from South Australian First Nations artists keen to show their work in the Adelaide Festival Centre’s 2022 Our Mob and Our Young Mob exhibitions.

Our Mob has been presented annually since 2006 as a platform for both emerging and experienced Indigenous artists to share their work, with this year’s exhibition to be held from August 18 to October 7 in the Festival Centre’s newly reopened Festival Theatre galleries. Our Young Mob will see work from artists aged under 18 displayed in the centre’s Children’s Artspace from August 19 until October 15. 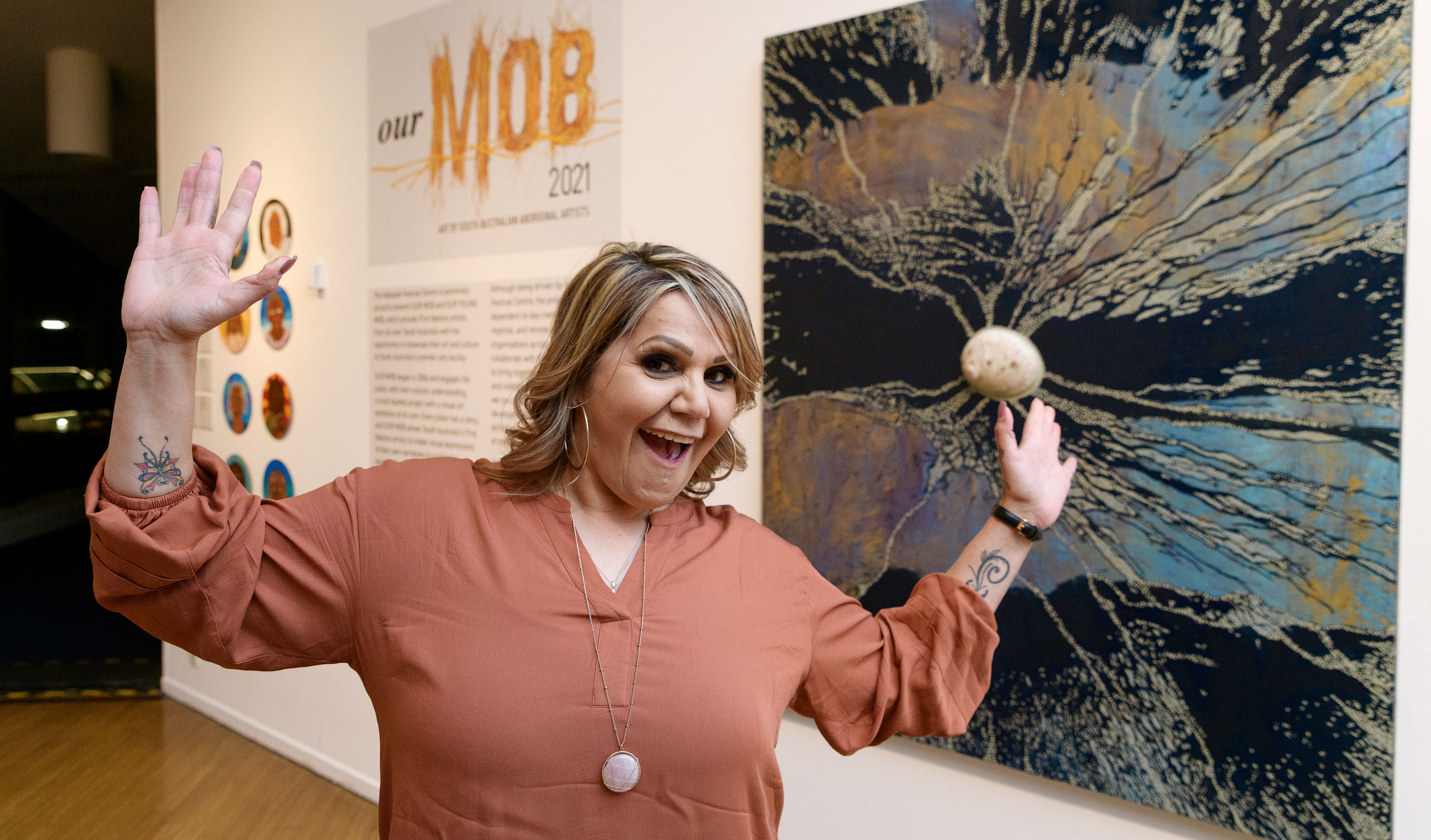 A number of prizes are awarded in conjunction with the exhibitions, including the $5000 Don Dunstan Emerging Artist Prize, the $2000 Trevor Nickolls Art Prize, and the $1500 Country Arts SA Regional Professional Development Opportunity.

Jay Milera, who won the 2021 Emerging Artist Prize for her painting Land Meets Sea, says the award was a major achievement in her art career: “I encourage artists to reach for the stars, believe in yourself – the world is your painting!”

Expressions of interest (here) will close on July 1.

Vitalstatistix will present a free work-in-progress showing this Thursday and Friday of a new work by award-winning First Nations dancer and choreographer Amrita Hepi that explores the body in professional service.

Hepi, who is completing a two-week residency at Vitals, is collaborating with writer, sex worker and activist Tilly Lawless for The Read, which looks at “the similarities and differences in body-centred professions, and the broader observation that their labour is not contained to a singular act, event or performance”.

The work-in-progress showings will be at Waterside Workers Hall in Port Adelaide at 7pm on May 5 and 6 (bookings here).

Get your skates on 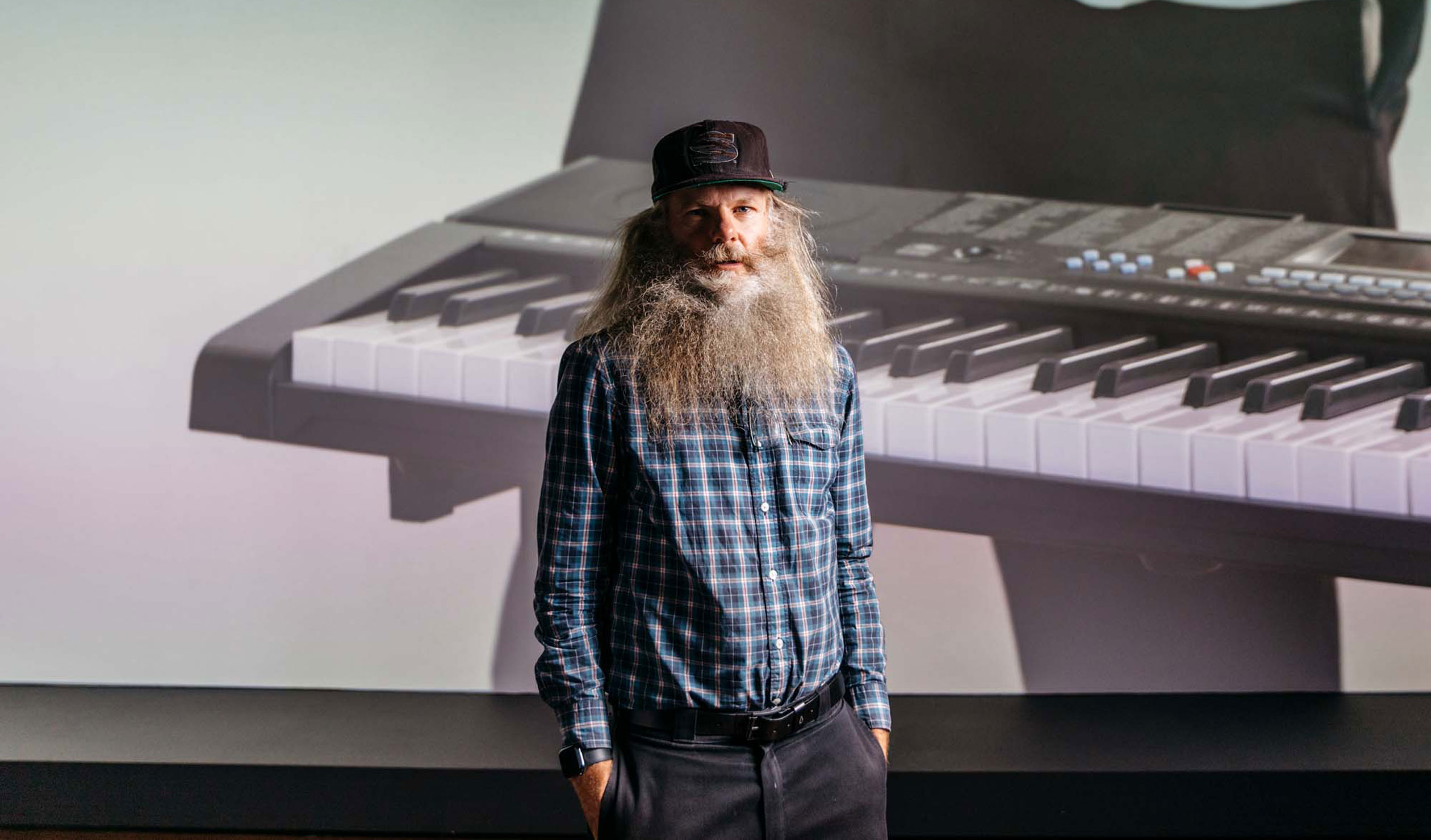 2022 Adelaide Biennial artist Shaun Gladwell has curated this Friday’s after-hours program at the Art Gallery of South Australia, where visitors will get to experience an eclectic range of events and activities.

Gladwell, whose work is said to explore “the politics and poetics of human movement within natural, urban and digital environments”, will join 2022 Adelaide Biennial of Australian Art: Free/State curator Sebastian Goldspink at 6pm in the gallery’s Radford Auditorium for a conversation that will give an insight into how the pair developed a friendship through their love of skateboarding and a 1985 VHS skateboard video titled Future Primitive.

Earlier, on AGSA’s North Terrace forecourt, skateboarders will present a game of S.K.A.T.E (where they attempt to perform each other’s tricks in succession until all but one is eliminated). In addition, the First Fridays program (details here) includes a silent dance party accompanied by Gladwell’s curated playlist in the Elder Wing, and a virtual-reality experience with his work Orbital Vanitas, which places you inside a skull orbiting above the earth.

Gladwell will also be discussing his latest moving image work as part of Free/State in a Tuesday Talk with Goldspink on May 10. The 2022 Adelaide Biennial exhibition continues until June 5.

‘Lost opera’ back on stage

Another highlight on the arts calendar this weekend is the return of Australian opera Voss to the stage, 30 years after it was last performed.

Based loosely on the explorer Ludwig Leichhardt, who disappeared on an expedition in outback Australia around 1845, Voss was composed by Richard Meale with a libretto by writer David Malouf and takes its name from Patrick White’s novel inspired by Leichhardt’s story.

“This is a great work; one of the most tuneful, accessible, grand, and romantic scores ever to be composed in Australia,” State Opera South Australia artistic director Stuart Maunder says of Voss, which is part of the company’s Lost Operas of Oz series.

Unlike the original production, which premiered at the 1986 Adelaide Festival, the revival production ­– a collaboration between State Opera and Victorian Opera – will be semi-staged and feature projections of landscape paintings by the late Fred Williams.

After being postponed several times due to COVID, Voss will be presented for one night only at the Festival Theatre on May 7.