The tangerine spectacle was originally inspired after Xiao learned about a 1997 ecology project that used discarded orange peel and orange pulp to make a lush vine-laden forest in a Costa Rican national park.

Xiao’s original Wasteland artwork was shown in Sydney in October 2018 but since then had been languishing in storage. A chance meeting between Xiao and Matthew Wright-Simon, who helps run Newday Leadership in Adelaide, started a chain of events that eventually brought the reconfigured artwork to South Australia.

Given that Newday Leadership aims to inspire leadership for the greater good and that plastic pollution and food waste are two of the world’s most pressing issues, both Wright-Simon and Xiao agreed to bring Wasteland to South Australia and reinterpret it to share the power of transformative action and collaboration.

“I met her through a workshop she was running on making art out of food and after that I thought, ‘Oh, I want to do something with this fabulous artist’.

“Fast forward to some months ago, we brought her on as an activator for Newday and she said she would love to revive Wasteland in Adelaide and now it has become a wide and interesting collaboration.” 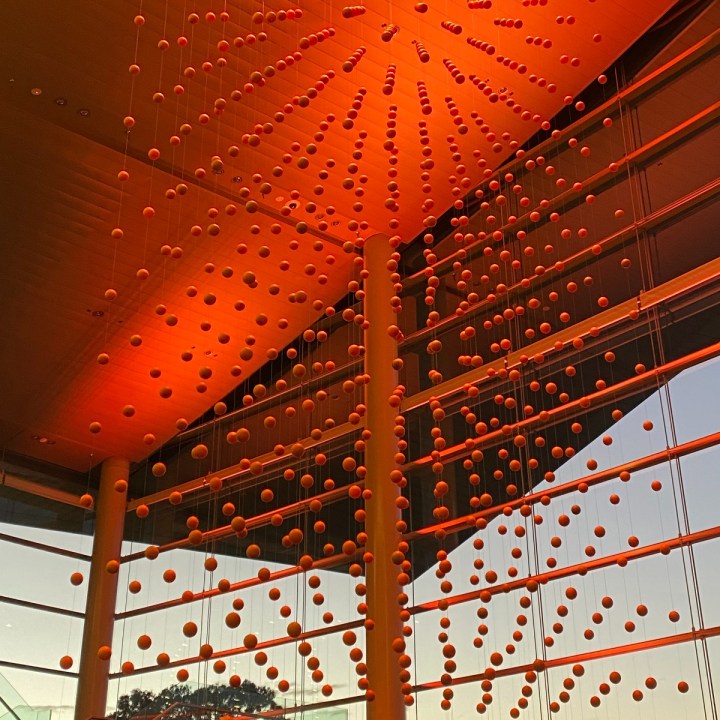 Wright-Simon then worked closely with the Adelaide Convention Centre to bring the installation here.

Adelaide Convention Centre general manager Simon Burgess said that although it does not define itself as an art organisation, environmental sustainability is a core value for the centre and it has been implementing sustainable practices since 2007.

“In 2018 we became the world’s first convention centre to achieve EarthCheck platinum status for best practice in sustainability,” Burgess says.

“We like to have a role in the community and be seen as a leader in these things – sustainability is growing and is now kind of a key focus for people who are community-focused and looking for ways to reduce their footprint.”

Given the link to oranges, Burgess arranged for Nippy’s to bring the large installation from Sydney in one of its trucks. 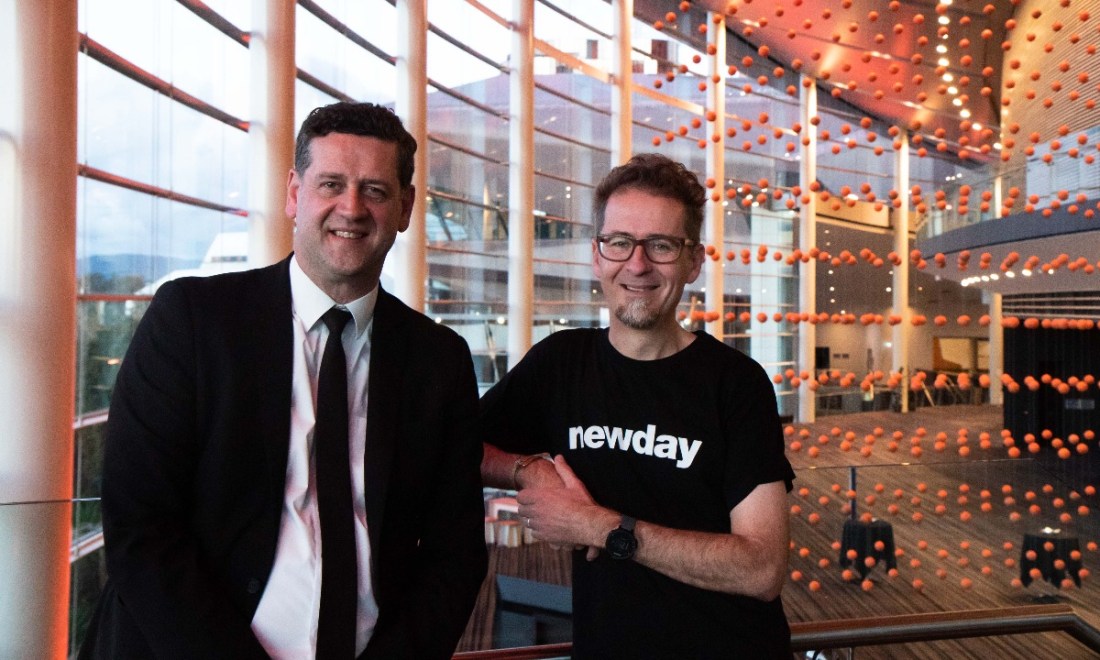 As part of the reconfiguration, Wright-Simon also invited attendees of the Newday Purposeful Leadership Summit, which was held before the launch of the installation, to write purposeful messages – pledges outlining a change they wanted to lead for people and the planet. These pledges, written on small pieces of paper, were placed in the orange spheres.

“I introduced the messages to engage people and become co-contributors,” Wright-Simon says. “The idea of pledges is that you make your commitment public and I wanted to put a twist on that and make them personal.”

Similar to a fortune cookie, these sustainable pledges will be eventually revealed for the world to consume in a hope that they might become real.

“If we think of issues like plastics and food waste, the story is so often about what we need to stop doing or do less of, which is really negative,” Wright-Simon says.

“Creative collaboration is a part of this cycle that can make something new out of something that might be perceived as negative, and as humans we need that. Art is about possibility, which is a great shared experience that demonstrates that collaboratively we can create something better.”

This collaborative approach is also extended to the public, who are invited to submit their own purposeful pledge online to manifest a sustainable future.

Due to COVID-19 restrictions, viewing of Wasteland Renewed is currently only available by appointment. It is on display at the Adelaide Convention Centre until December 21.