Adelaide City Council has released the latest update of its annual “Dynamic City: Arts and Culture Dashboard”, with the findings highlighting the early impact of the first COVID-19 shutdown on the sector.

The 2019-20 dashboard analyses the outcomes of arts and culture activity across the city over the financial year to June 30, 2020, and can be viewed on the City of Adelaide website as either a pdf or an interactive resource.

It shows attendance figures at council-facilitated and supported events were down by 12 per cent due to the number of activities and events cancelled in the three months from April last year. Eighty events booked in the Park Lands and streets were cancelled due to the pandemic, while 45 events at Adelaide Town Hall were cancelled and another 25 postponed.

The total number of visitors to the city’s major cultural institutions, which were closed between March and June 2020, was down by 43 per cent (to 1,685,497) in 2019-20. Attendance at major arts festivals was up by 6 per cent, with last year’s Adelaide Festival and Fringe finishing just before the shutdown, but smaller festivals and events scheduled from April to June 2020 were affected by the pandemic.

The number of “creative cultural activities” led and delivered by the City of Adelaide (including exhibitions, performances, talks and installations) decreased by 93 per cent, which the report says reflects the “significant reduction of unique activities and programs that were available during COVID-19”. At the same time, however, there was a 77 per cent rise in the number of people involved in creative processes as part of City Libraries programs due to the libraries pivoting to online programming.

The dashboard notes that due to the impacts of COVID-19, the Live Music Census – which analyses the number of gigs in venues – was not run in 2019/20.

Adelaide Festival Centre has announced a new partnership with national ticketing provider Ticketek, signalling the end of its BASS box office after more than 40 years of processing ticket sales for venues including the Festival Theatre, Dunstan Playhouse, Space Theatre and Her Majesty’s Theatre.

In a statement, the Festival Centre said staff at BASS will be offered employment at Ticketek’s Adelaide office, and that a dedicated call centre for its venues will continue to operate in South Australia with the current 131 246 number.

It said the Ticketek deal will streamline its service for patrons and offer opportunities to present more large-scale touring shows in South Australia.

“We are excited about what this partnership means for the future of live entertainment in South Australia, particularly the opportunity to attract even more great shows for our valued patrons at Adelaide Festival Centre,” said Festival Centre CEO and artistic director Douglas Gautier.

The change is said to have been prompted by technological advancements in ticketing and the impact of COVID. However, Public Service Association assistant general secretary Natasha Brown has described the decision as “unwarranted”, arguing that “it makes no sense to sell off a small, high-performing service that actually creates revenue for our struggling arts community.”

Dead Centre, written and directed by Adelaide independent filmmaker Benno Thiel and produced by Kurt Roberts, with a South Australian cast and crew, follows a woman named Mel whose search for her estranged brother leads her to a strange remote country town populated by a cult-like community that seems hellbent on thwarting her. It was filmed mainly in Tailem Bend, Gumeracha and Hendon, and unfolds over three short episodes.

Thiel, who won a silver award at the 2020 SA Cinematography Awards and has made a number of other short films, web series and documentaries, describes it as “neon punk in outback Australia”.

“Dead Centre is a dark comedy thriller, juxtaposing the neon lights of Tokyo against the harsh, dilapidated aesthetic of an old, outback town,” he says. “I’ve always wanted to challenge the outback stereotype, pairing it with a futuristic cult that is at odds against the environment.”

All three episodes can be viewed on YouTube, with the series also accepted to screen in a number of other national and international film festivals. 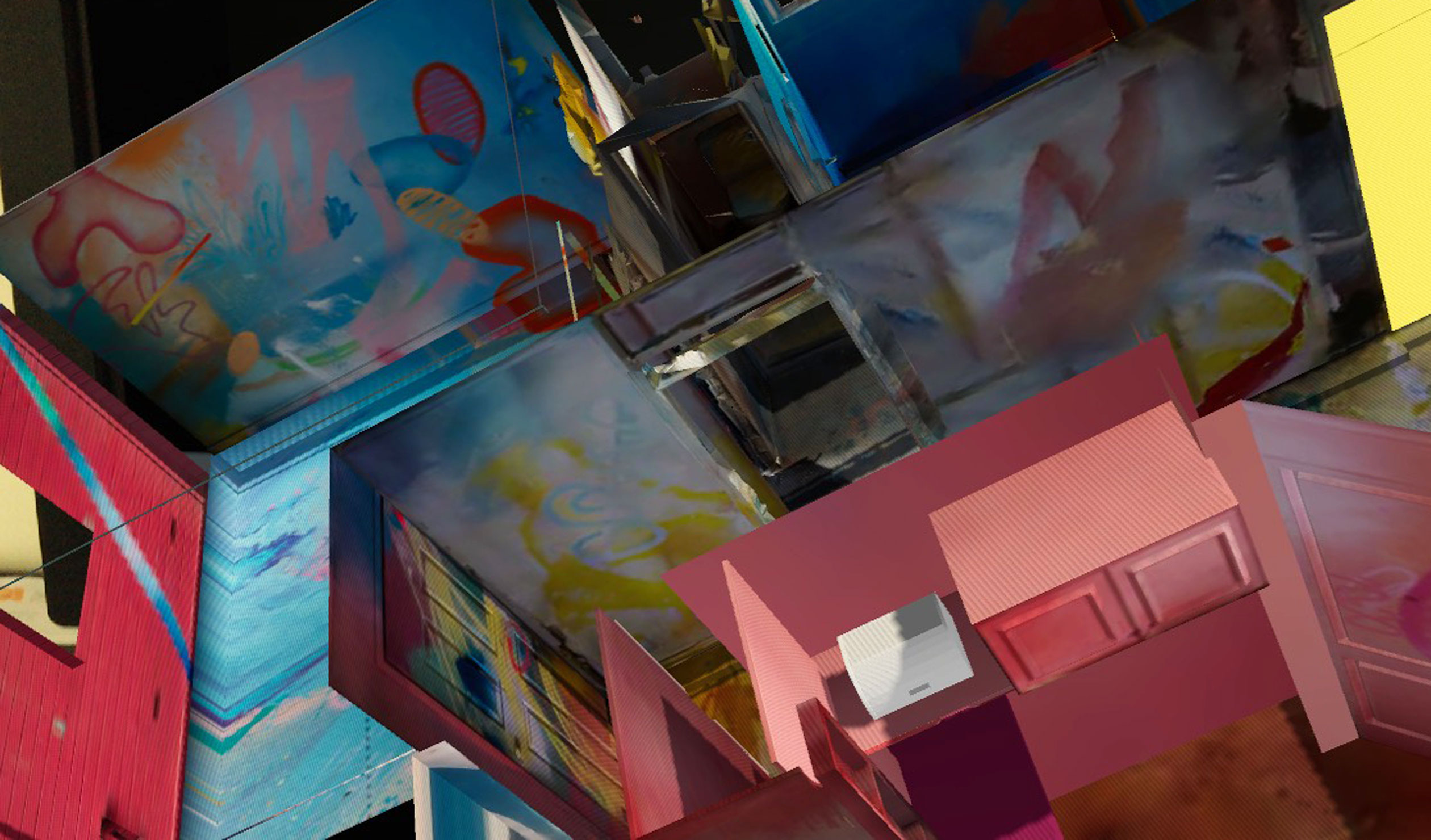 With lockdown dimming the lights on Illuminate Adelaide last week, the festival has served up an at-home experience based on Adelaide artists Zoe Kirkwood, Dave Court and Tom Borgas’s contemporary augmented reality sculptures in Light Square.

To view the works you download the app for Big Picture AR – links are on the Illuminate Adelaide Facebook page – rotate your phone to landscape, get the AR markers (also on the FB page) on another screen such as a laptop, TV or iPad, and hover your phone over them.

The works include Court’s House Simulation 2, a digital re-creation of a painted and now demolished house that was also the focus of his recent House Party exhibition at Praxis Artspace (read more about how Court explores frontier technologies through his art practice in this CityMag story).

For the best experience of all the AR works using the app, bring your phone closer to the markers and move around the sculptures.

Read this story for the latest update on Illuminate Adelaide events. 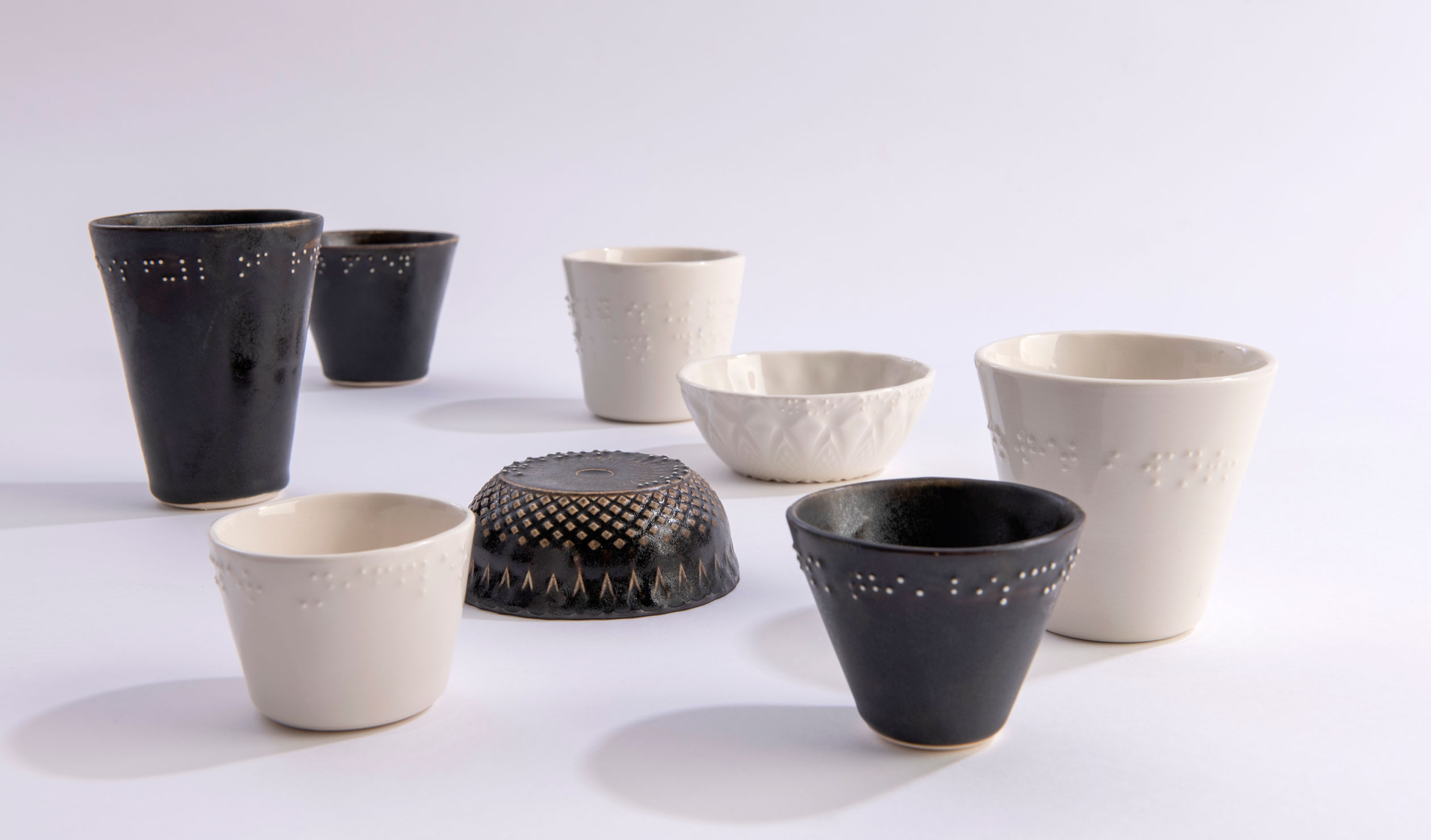 Five emerging creatives from a range of disciplines have been selected to undertake career-expanding mentorships through Helpmann Academy’s Elevate Mentorship program.

The 2021 round-one Elevate Mentorship recipients include emerging ceramicist Alicia Butt, whose work is pictured above and who will be mentored by Yuro Cuchor to expand her skills in mould making and slip casting.

More than 200 mentorships for South Australian artists have been facilitated through the Elevate Mentorship program since 2002, with applications for the 2021 second round of mentorships scheduled to open in mid-October. Previous recipients include this year’s Ramsay Art Prize winner Kate Bohunnis, who worked with two mentors to enhance her practical skills in metal fabrication and mould-making.