Standing in line is more joy than chore with Adelaide’s own Patch Theatre. The theatrics begin with everyone in the queue being asked to deposit some “darkness” into a bag. And it’s a rather handy thing to give up when the next 45 minutes is all about the wonderous things light can do in the darkness.

In a fair exchange, children are given their own personal light that will guide them throughout the performance. Through the doors, enchanting music signals something delightful is about to happen.

Sitting serenely on her bed, storybook in front of her, a child begins giddily playing with a torch, and it becomes evident that Geoff Cobham and his co-creators carry the same unabashed joy when playing with light – just on a much, much larger scale.

Zooom intertwines the ideas of imaginative play with technology in the most delightful ways, bringing to life the incredible things that exist inside a child’s mind.

A simple ray of light sparks bigger and better things, with an entire world brought to life by illuminated illustrations on screens, including a loveable character for the child to play with. 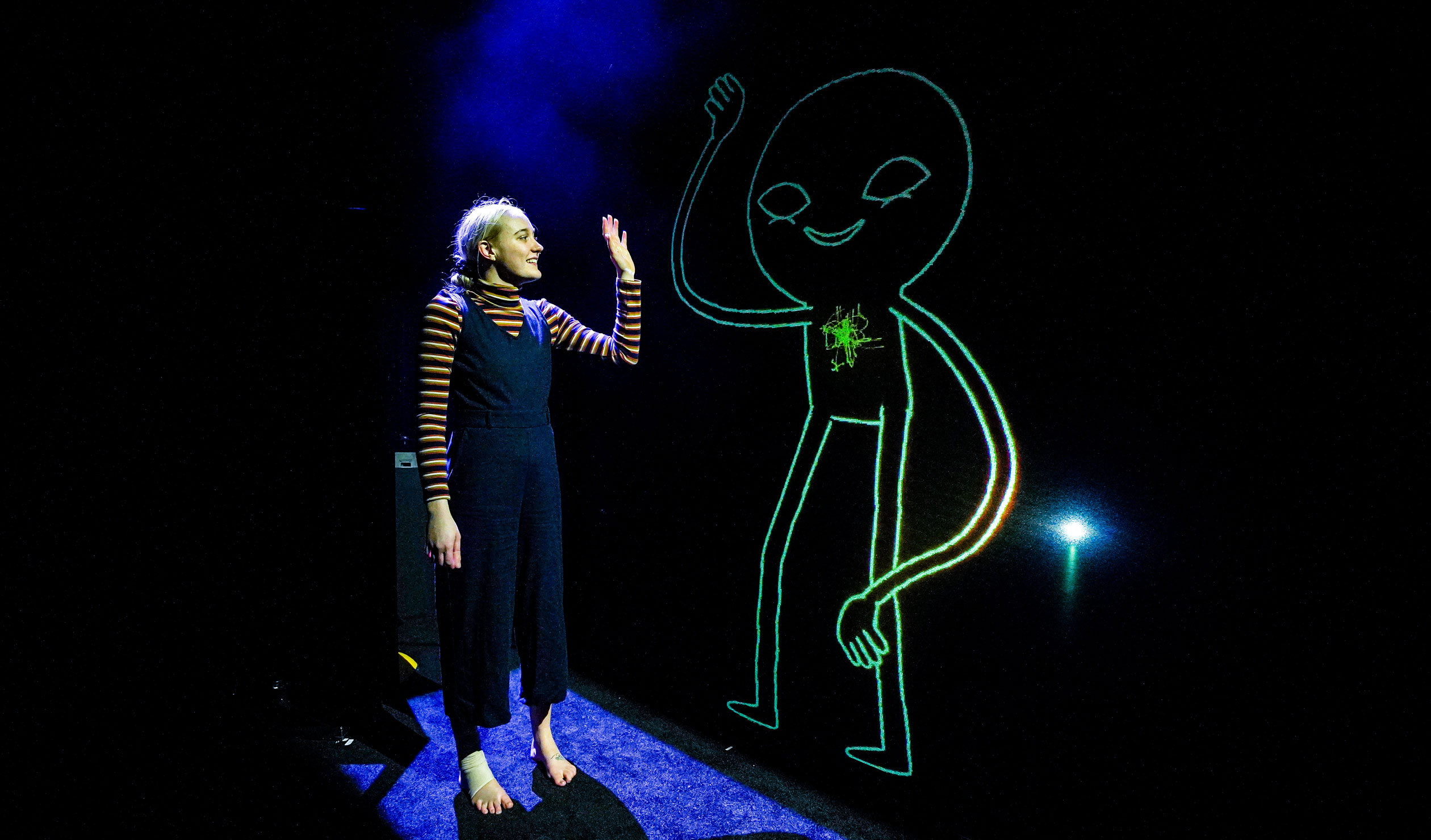 Zooom is a playground of light. Photo Matt Byrne.

It’s hard not to form a soft spot for the character, and the interactions are playful and perfectly timed as the reality/screen divide is bridged with the child.

Every moment of the performance incites curiosity as whispers of “How is she doing that?” and “She’s magic” work their way through the audience.

But the real magic lies in Patch Theatre’s ability to create wonderfully interactive moments. When the intensity of the music changes, a room full of young children instinctively start waving their lights around, reading an unspoken cue.

The show is a playground of light as the audience is shown the ways it can be used that can’t be described as anything but dreamlike. Children and adults alike are left breathless when an entire ocean descends above their heads, light contouring in impossible ways.

Perhaps the greatest review of all is a child’s version of encore, with a shout of “Do that again!” punctuating the performance’s end.