For many Australian and international artists working in the ’70s, Adelaide had an undeniable gravity.

They were drawn towards the city as a centre for experimental and performance practice. The Experimental Art Foundation (EAF) in St Peters was heralded as the first alternative art space in Australia and its Adelaide-based founders – among them the luminous Donald Brook and now-famous Bert Flugelman – had influence that reached across oceans.

While much of the world was still stuck on art as an object, Adelaide had grasped something bigger – art was about ideas. Many of those ideas were being expressed through performance, with artists using their body, time, props and the environment instead of traditional materials like paint and canvas. 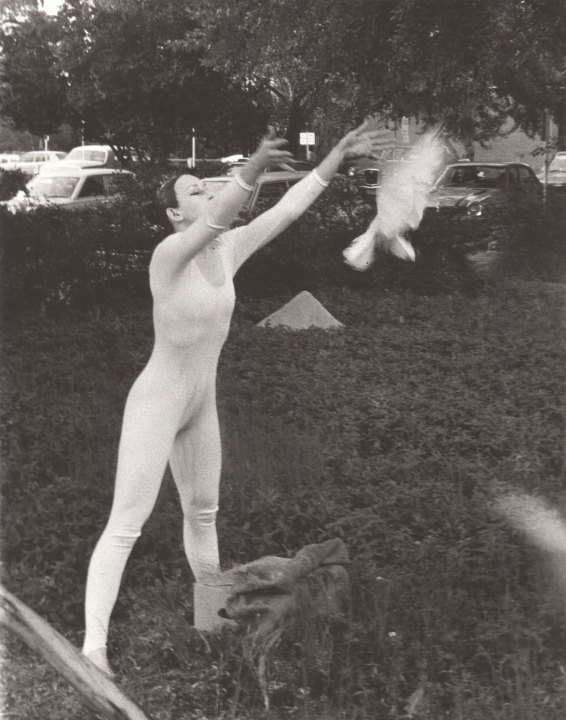 “Really, up until this point, Australian artists were very much taking their cues from Europe and looking elsewhere,” says Fiona Salmon, director of the Flinders University Museum of Art (FUMA). “Whereas this had a real Australian-ness to it and was really at the forefront.”

But the energy of Adelaide’s halcyon experimental art days waned. In 1976, artist Phillip Gerner was fitted with a feeding tube and catheter and spent 24 hours acting as a human jam tasting facility as part of a performance at EAF. Forty years later, in 2016, the EAF (by then called the Australian Experimental Art Foundation) no longer had the financial support it needed to support artists working at this uncomfortable frontier. It was amalgamated with the Contemporary Art Centre of SA, giving rise to ACE Open.

“ACE in its founding has a history of inviting in performative elements and working with experimental practice and including all forms of contemporary art,” she says.

In the last few years, shows like ACE’s highly-performative Into My Arms exhibition and FUMA’s historic and cotemporary survey of performance Art as a Verb have begun to feel less like anomalies. There’s a new uptick in performance art events in Adelaide – with fine print’s LIVE interventions, the 2020 Adelaide Biennial of Australian Art, the genre-defying Unbound Collective, and shows like The New Money at Adelaide Central Gallery and Jesse Jones’ Tremble Tremble at Samstag Museum of Art leading the way.

Upcoming in June is a major durational work at Floating Goose Gallery. Ida Sophia’s Regret will be a 28-day performance, featuring Sophia sitting in the gallery for six hours each day, watching an installation of flowers decay while inviting visitors to adorn her clothes with details of their own regrets. The work is an atonement of sorts for the artist’s absence during the last month of her father’s life. 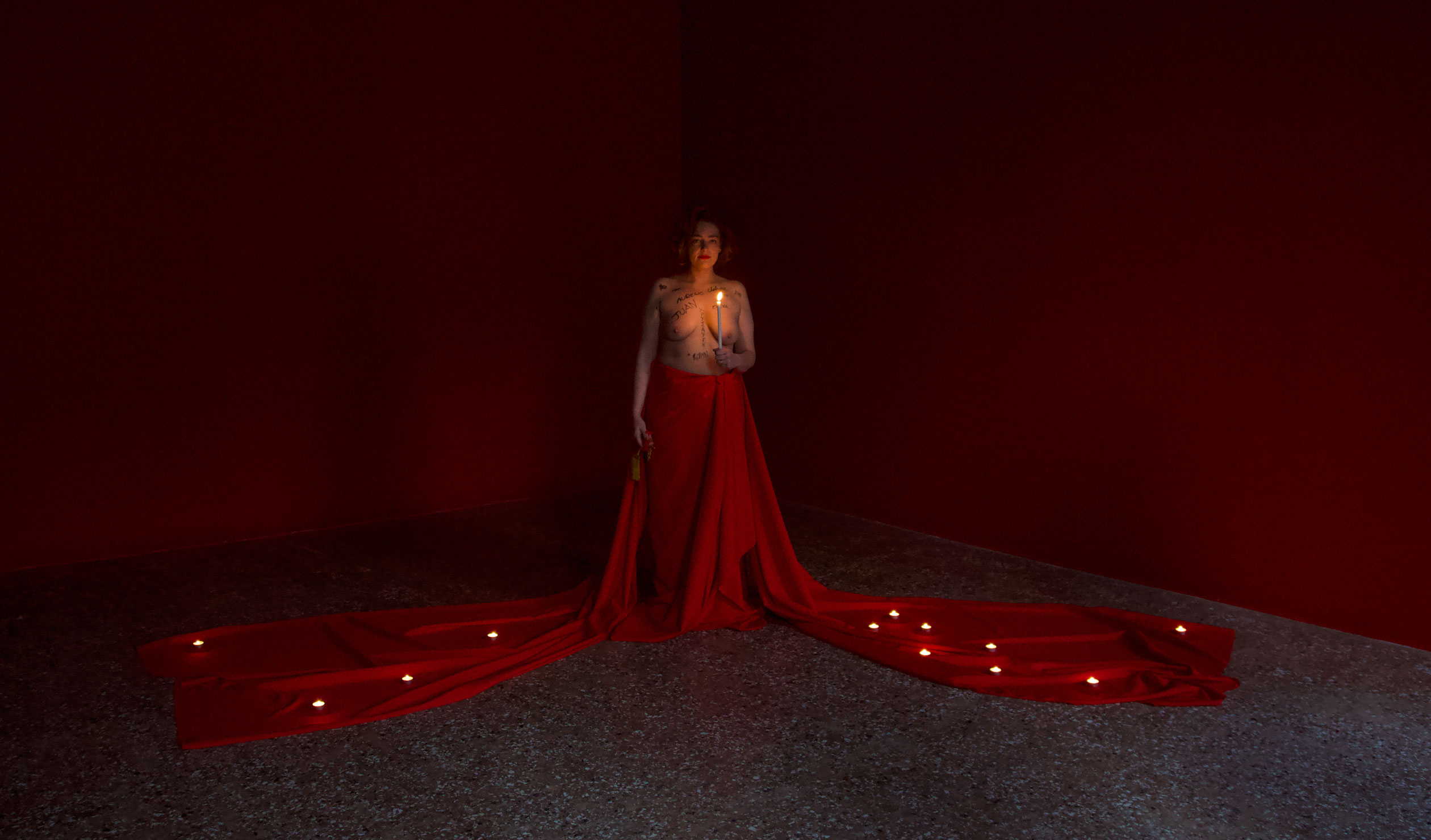 Sophia, Salmon and Sharkey all acknowledge the complexities of staging performance art, which might account for its decades-long dip in fortunes. It is practically difficult for galleries to accommodate, often requiring an enormous investment of time and resources, and it can be challenging for audiences.

“It’s confronting to have a body in the room and to cross that art-life line,” says Sophia.

But that is also the medium’s unique power. “It’s very exciting to bend the experience in the gallery,” says Sharkey. “The social understanding of your context and seeing what happens between people can be revelatory.” 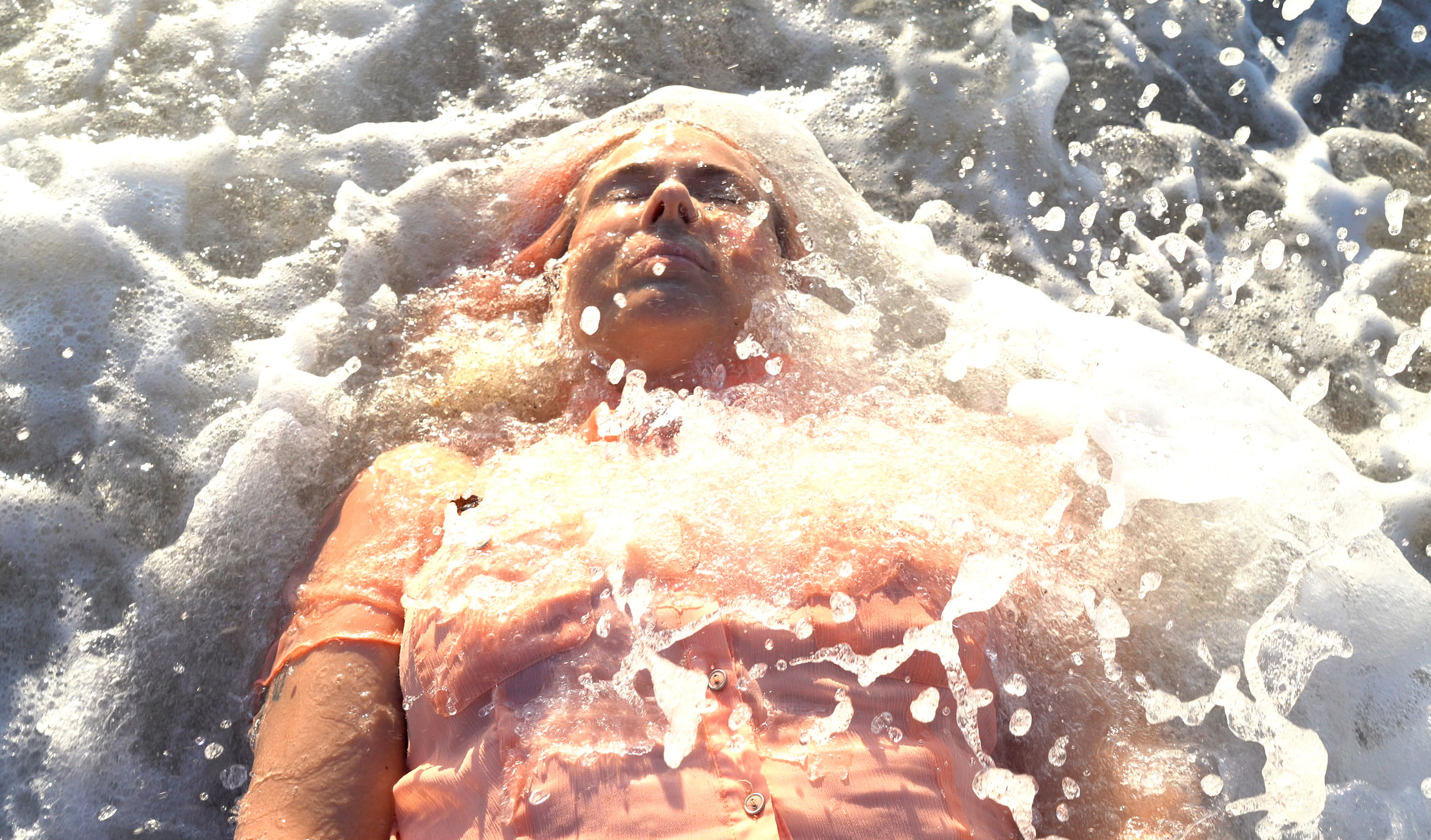 The renewed willingness by artists and institutions to seek out that level of connection, despite the difficulties associated with performance, is explained in part by FUMA’s current exhibition, Ray Harris’ Ritual Nature. For the show, Harris responds to historic works held in the FUMA archives – one of the most extensive collections of experimental performance art documentation in Australia.

“Griffith University Art Museum have a collection a bit like ours and the two collections together really constitute the largest record of this art in Australia,” says Madeline Reece, FUMA’s exhibitions and public programs manager.

“I think having the opportunity to delve into this collection has given Ray and other artists who work in this medium more opportunity to expand on ideas they are already interested in.” 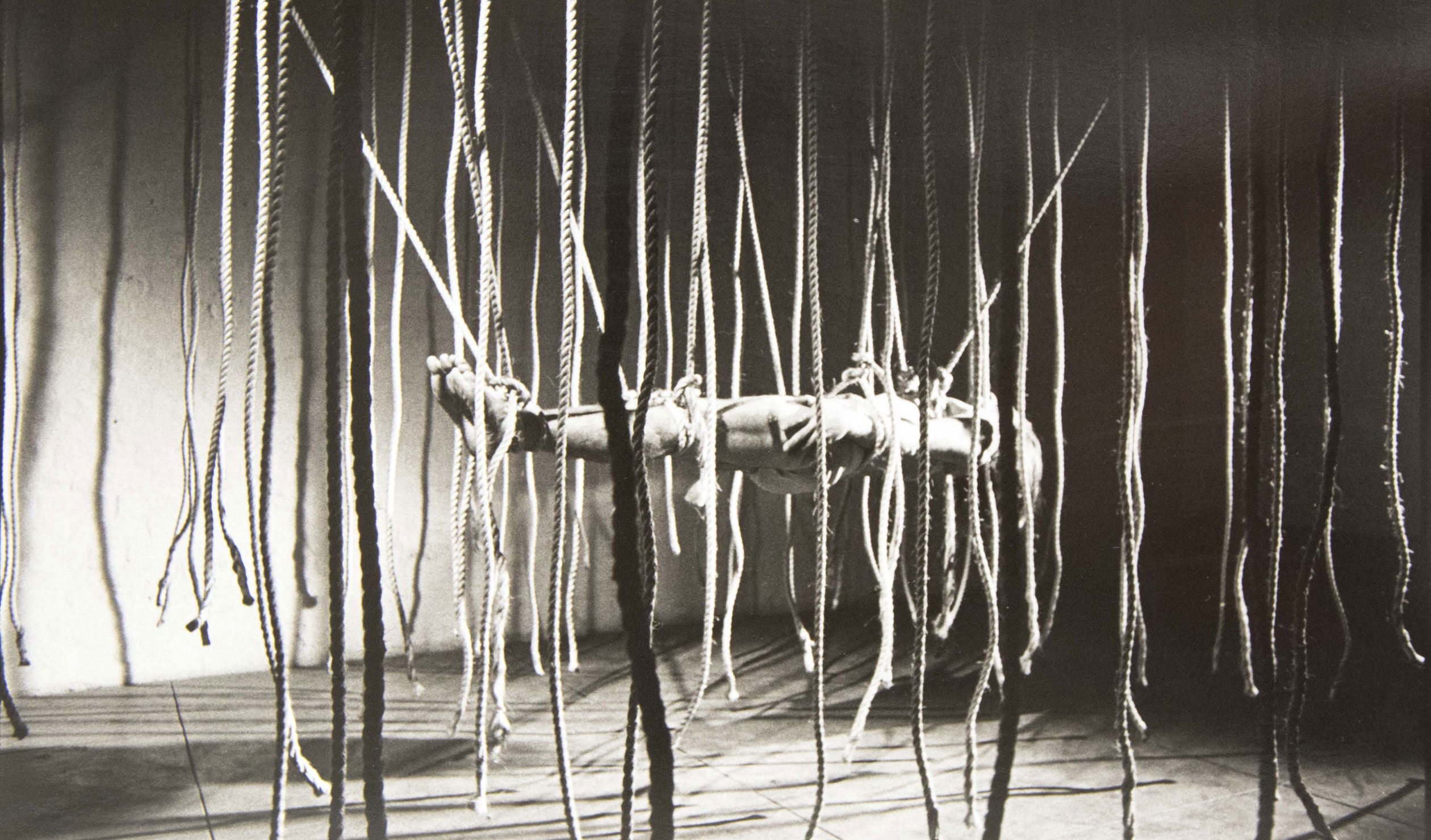 ACE also holds the EAF archive, which is currently being processed so it can be accessed by the public. The archives provide an ongoing link to Adelaide’s history in the field – helping to make the artistic subculture resilient here.

“They’re like the teachers a little bit for me,” says Sophia. “There’s not an institution [for performance art] here, but there are institutions that hold the work of many artists. I think knowing it happened here, that there’s a history of it that’s very strong, gives me a lot of encouragement to persevere with this artform here again.”

For the Unbound Collective, historical precedence for performance work stretches back even further. The Adelaide collective of four Aboriginal women academics/artists – Ali Gumillya Baker (Mirning), Faye Rosas Blanch (Yidinji/Mbarbram), Natalie Harkin (Narungga) and Simone Ulalka Tur (Yankunytjatjara) ­– draws on cultural knowledge that is tens of thousands of years old, which Baker says encourages the use of “whatever means you need to tell the story”. 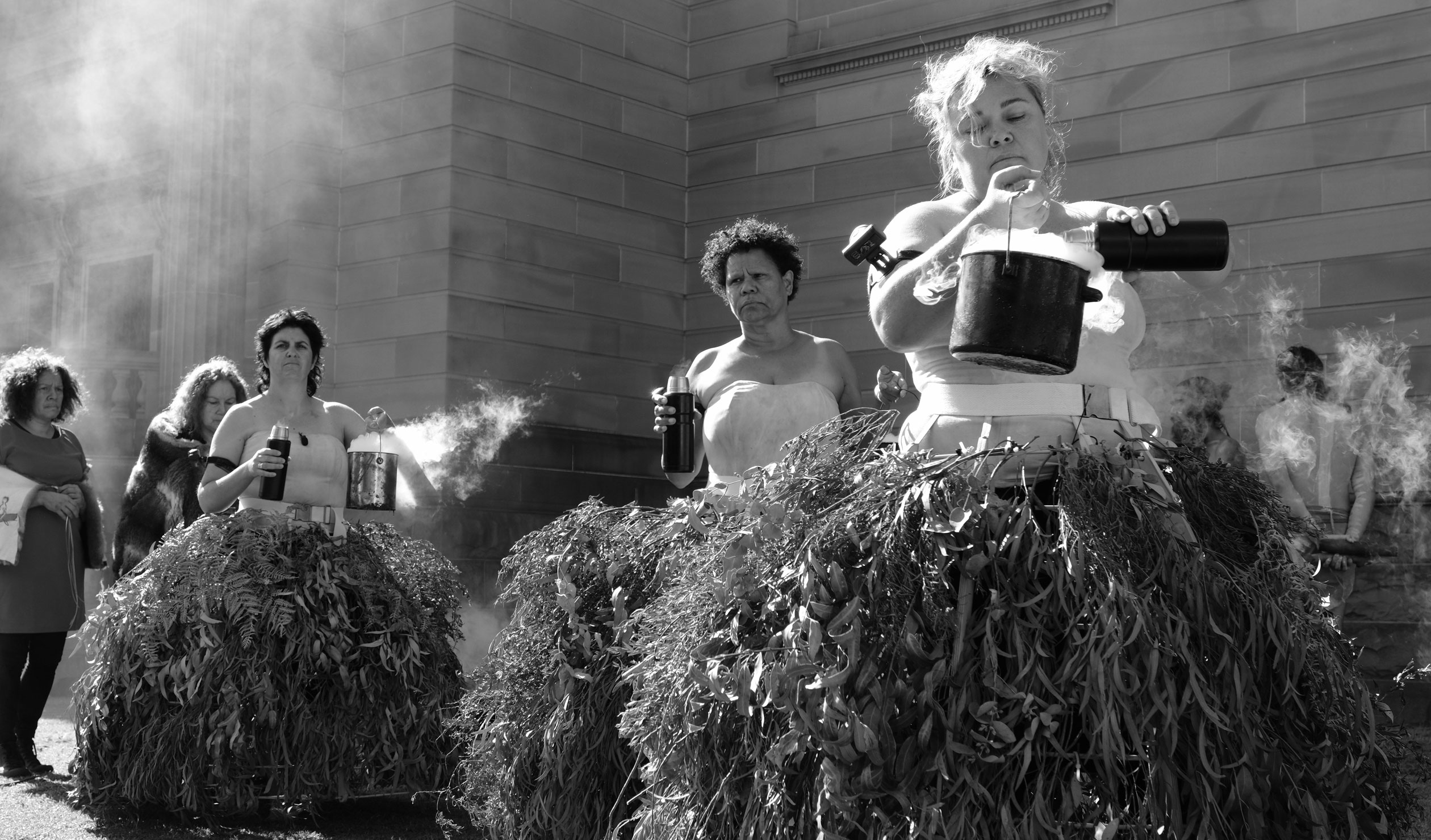 The collective’s work is interdisciplinary, often combining performance with exhibited elements like photography and installation. It is also historically-influenced in its content. By performing and exhibiting in institutions like museums, libraries and galleries that have often perpetuated damaging narratives about Indigenous people authored by outsiders, the Unbound artists are able to reassert their voices and perspectives.

“Our performance is about sharing our stories,” says Tur. “Not only our personal stories, but the historical and contemporary issues that matter to us as Indigenous people… also reflecting on the policies and some of the oppressive ways that our communities have been contained.

“In the performance… in that moment, you feel free. There’s a sharing of the burden of our history and an honouring and celebration of Indigenous peoples’ ways of knowing.” 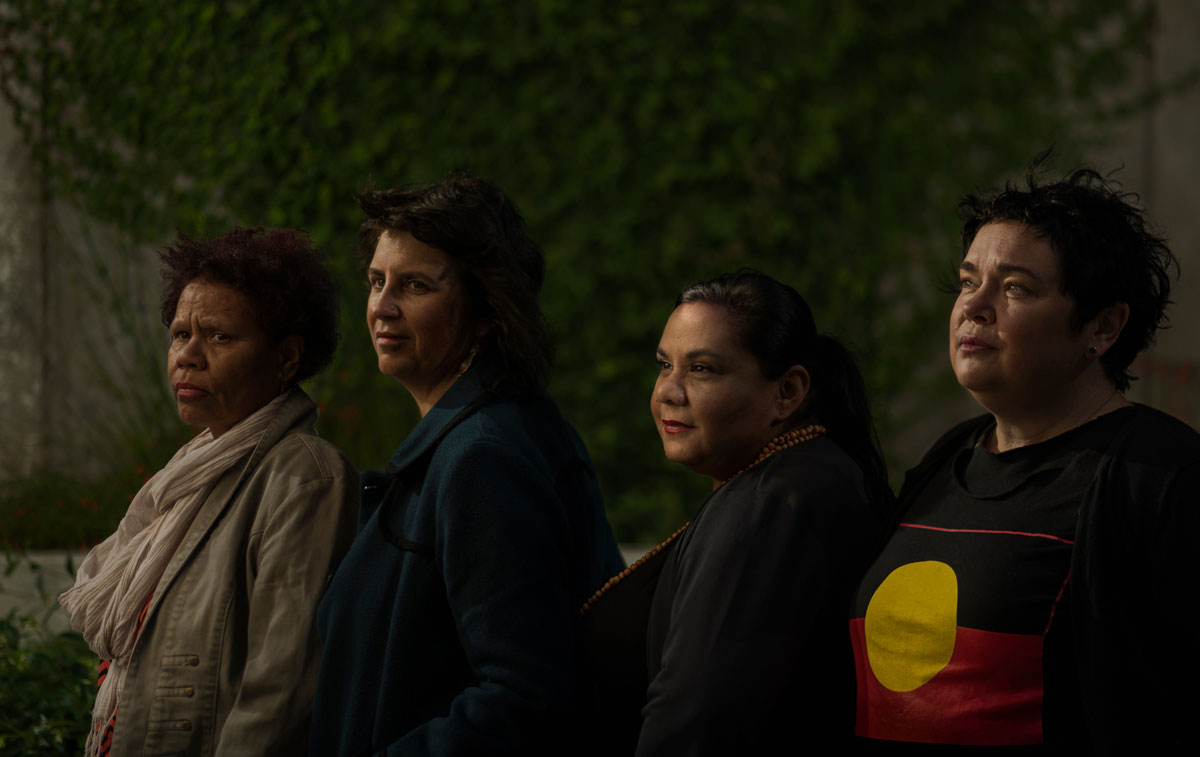 For artists working with subject matter like this, performance art has an invaluable potency. Employing the body as a communication tool and overlaying it with emotive and intellectually-dense symbols brings an immediacy to ideas that audiences may otherwise struggle to embrace.

This is another reason the form is burgeoning again in Adelaide; here and elsewhere, performance is a language that feels particularly relevant to the cultural conversation. Baker and Tur see a strong connection with movements like Bla(c)k Lives Matter that have taken people back to the streets and underlined the power of physical and communal experience.

“As soon as we are together and we have intention and the intention is collective – it is one of the most powerful things about being human,” says Baker.

‘Ritual Nature’ is on show at Flinders University Museum of Art until April 16.

Work by the Unbound Collective can be seen as part of ‘The Image is not Nothing (Concrete Archives)’ at ACE Open until April 24.