Feast – SA’s annual queer arts and culture festival – has dubbed this month “Pridevember”, with more than 100 events and shows originally planned as part of the program.

Although last week’s lockdown and new COVID-19 restrictions put a spanner in the celebrations, CEO Helen Sheldon says artists and event organisers are “a resilient and creative bunch” and have performed what’s described as a “magnificent pirouette” to keep audiences entertained in the final days of the festival.

“The artists, event organisers and venues have been incredible during this time; everyone has been working together for one common goal, which is such a wonderful reminder of all the positives that can come from such trying times,” she says.

Among the rescheduled shows is Independent Theatre’s Bent ­– a play exploring the Nazi persecution of LGBTIQ+ people during the Holocaust – which has had its season at the Goodwood Theatre extended until November 28 and five extra performances added.

Phi Theodoros – AKA The Ukulele Dream Girl – will present her new show, Self Isolation Songbook, online via Zoom tomorrow night instead of her planned live performance.

“It’s pretty ironic that my show about dealing with isolation and the digital overload we all felt during the peak of COVID is now only a livestream performance this Pridevember,” she says.

“The show explores the need for us to find meaningful and safe ways to stay connected during a time of fear and uncertainty. Postponing the in-person shows and focusing on the livestream is my way of encouraging people to stay safe but still connect with the importance of stories and a sense of community.” 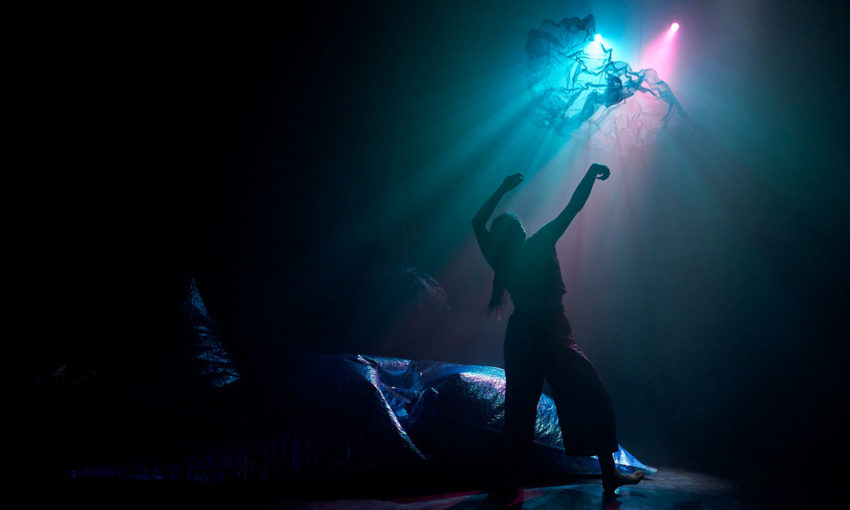 Also part of the Feast program is Australian Dance Theatre’s Off All Things – a new immersive dance work created through a collaboration between SA choreographer Alison Currie and Adelaide design firm Enoki. Its season at the Odeon Theatre was to have opened during last week’s lockdown but has been postponed until December 3-6.

The Queers Underground 3 poetry and spoken word event at The Treasury building will procced tomorrow night, but will now take place “above-ground”, while the Rapid Fire “fast-paced celebration of language, storytelling and the spoken word” is also going ahead at The Treasury tomorrow with limited capacity, and the Festival of Now community event has been moved online.

The SA Museum is still offering free self-guided queer tours of the museum, titled It’s In Our Nature, until November 29, and the Bumblebee Yoga workshop will proceed as planned on Sunday at Diverse-City on Grote Street.

Other (non-Feast) SA shows rescheduled due to the latest COVID-19 restrictions include:

State Theatre Company SA’s Ripcord, which will resume performances at the Dunstan Playhouse on December 1, and has had its season extended until December 13.