Described as a “visual poem for children, brought to life through light, shadow and colour”, Me & My Shadow won the Helpmann Award for best presentation for children in 2011 and has toured throughout Australia and to America and China over the past decade.

It will play at the Dunstan Playhouse from August 12-29 – the first live show at the Adelaide Festival Centre since its venues were closed to the public in mid-March as a result of COVID-19 restrictions – before embarking on a regional tour of South Australia.

Patch Theatre’s artistic director, Geoff Cobham, said it was “incredibly excited to be able to bring live performance back into the lives of the young and young at heart”.

“I collaborated on Me & My Shadow in 2010 as the lighting and set designer, so it holds a special place for me as a remarkable, moving and wholly original work,” he said.

“This tour will also mark the 10-year anniversary of Me & My Shadow, so we’re looking forward to blowing out 10 candles on a cake, in a post-COVID hygienic way – I’m told a hair dryer could be a good option!”

The easing of COVID-19 restrictions has paved the way for the resumption of live theatre, but the capacity of the Dunstan Playhouse will be capped at 50 per cent for the sessions, which include both a public season and a schools’ season.

The Adelaide Festival Centre said it has been working closely with SA Health and is implementing safety measures in its venues, including physical distancing, hand sanitising stations and frequent cleaning.

Adelaide Festival Centre CEO and artistic director Douglas Gautier said it hoped Me & My Shadow would be the first of many shows returning to its venues as the pandemic restrictions continued to ease in SA.

“Some large-scale productions take months or even years to plan in advance and we are working as swiftly as possible to be able to reopen Adelaide Festival Centre theatres as soon as it is safe and practical to do so,” he said. 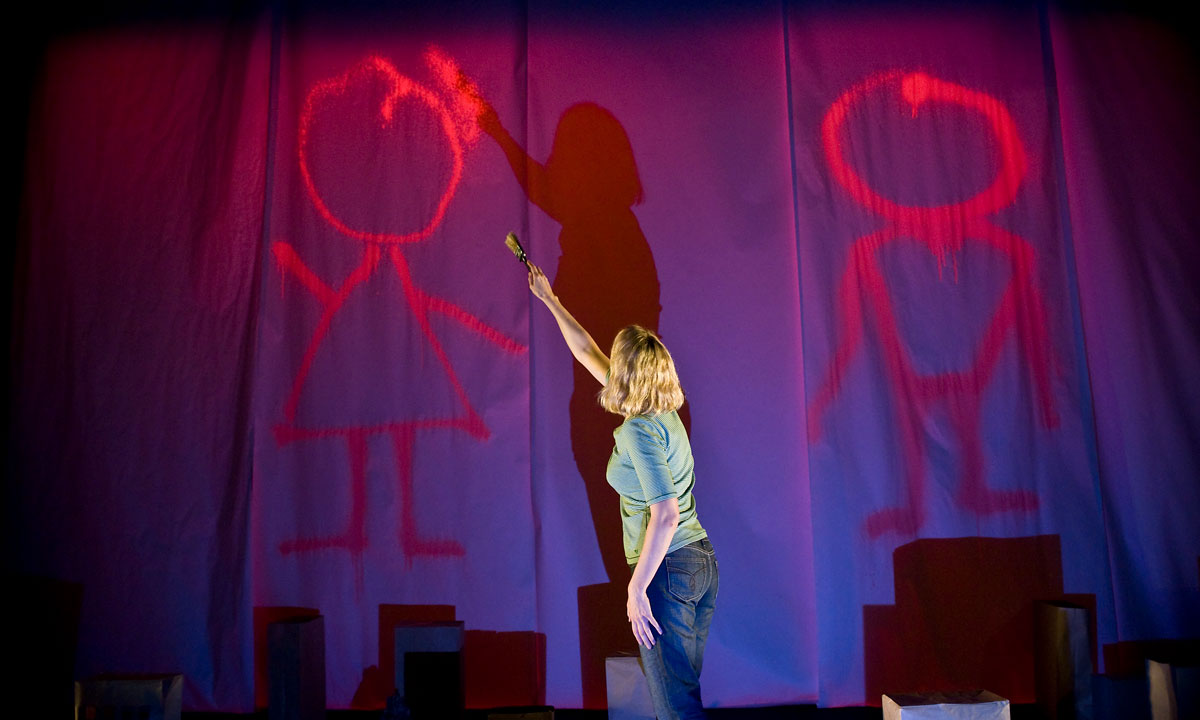 Me & My Shadow: the magical story of a a girl making friends with her shadow.

Patch Theatre’s last show before the COVID-19 shutdown was interactive work The Lighthouse, which was one of the most popular shows of the 2020 Adelaide Festival. More than 1100 tickets were sold for the season at the Queen’s Theatre.

Cobham said the success of Patch Theatre’s 2019 season and the repurposing of tour funds had enabled the company to survive the lockdown period and keep core staff and creatives employed.

It has been working with Adelaide-based circus company Gravity and Other Myths on a production for 2021. It has also brought forward other creative developments with children’s theatre-maker and former Patch artistic director Dave Brown and award-winning playwright Sally Hardy.

“It has been a really strange time because the chaos has actually given us the opportunity to work outside normal spheres and to think and innovate differently,” Cobham said.

“Lockdown has been a particularly creative time for us at Patch – we haven’t had the pressures of opening nights, regional tours, tickets sales and box office logistics, so it has given us time to create and in many ways we’ve had a rare opportunity to not only survive the pandemic but to emerge stronger and more focused.”

Meanwhile, Australian Dance Theatre announced yesterday that it was resuming rehearsals and dance classes at its home at the Odeon Theatre in Norwood this month, and will restart its 2020 season with public performances of The World’s Smallest Stage and Of All Things in October and November, respectively.

State Opera SA also issued a statement saying it had  postponed its planned productions of Sweeney Todd, The Demon Barber of Fleet Street and Macbeth until 2021 due to the ongoing risks of COVID-19 and restrictions on live performance, but that  the November 2020 season of Summer of the Seventeenth Doll will go ahead as scheduled at Her Majesty’s Theatre.

Patch Theatre’s Me & My Shadow will play at the Dunstan Playhouse from August 12-29, before touring to Port Pirie, Whyalla, Renmark, Mt Gambier, Noarlunga, Tanunda and Golden Grove.