Multi-award-winning Broadway musical The Book of Mormon is the most uproariously laugh-out-loud musical you’re ever likely to see, according to InDaily‘s reviewer. Written by South Park creators Trey Parker and Matt Stone, alongside Robert Lopez (Avenue Q), the musical comedy follows the misadventures of a mismatched pair of missionaries sent on a mission to Uganda which proves much more difficult than expected. The show has broken box office records across Australia and the US and won a string of Tony and Olivier awards, as well as the Helpmann for best musical. Performances continue at the Festival Theatre until August 11. 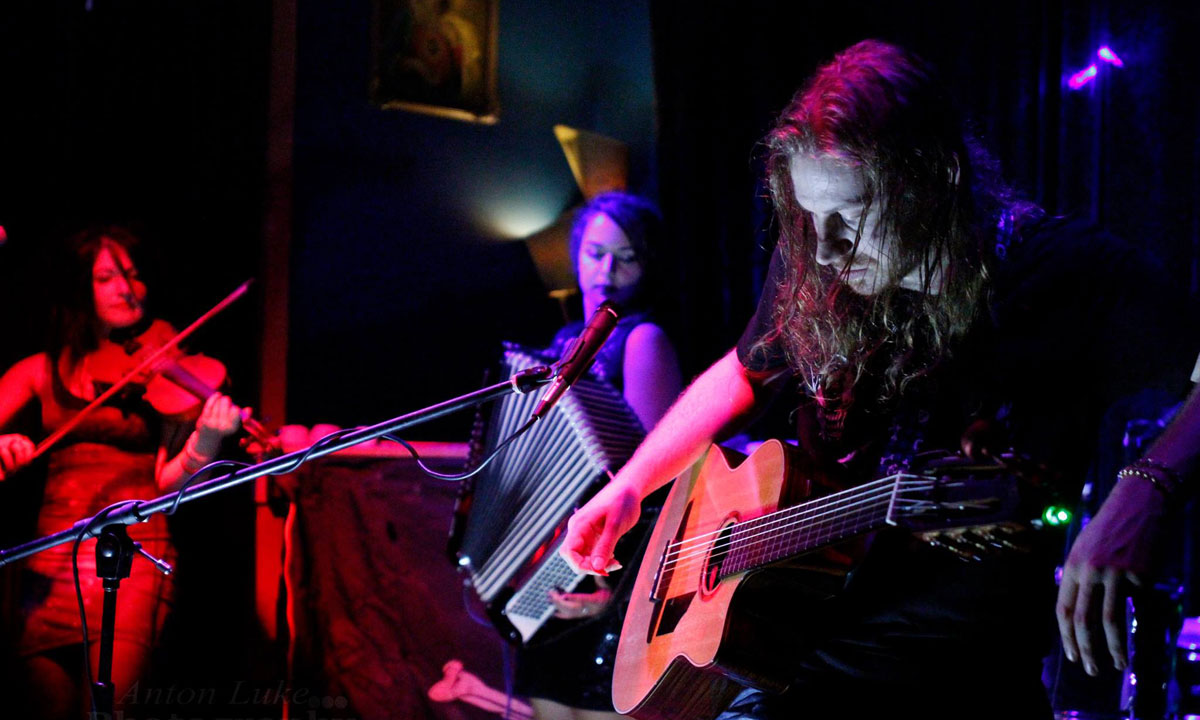 Citrus Jam at the Exeter Hotel as part of Guitars in Bars.

More than 100 venues across SA – from pubs to barns and breweries – are presenting gigs during this month’s Guitars in Bars festival. Upcoming highlights of the program include the Umbrella Winter City Sounds opening night street party in Topham Mall next Friday, featuring special guest Archie Roach; Umeewarra Downtown, a two-day event in  Port Augusta showcasing Aboriginal musicians; a celebration of the 40th anniversary of the Clash album London Calling at The Gov; and gigs this weekend in Mintaro and Port Pirie featuring Slava Grigoryan, Jeff Lang and Kelly Menhennett. Guitars in Bars is part of a special edition of the Adelaide Guitar Festival, which includes shows by the Punch Brothers, Jeff Lang and Karin Schaupp. Click here for the full Guitars in Bars and Guitar Festival program.

William Kentridge: That which we do not remember 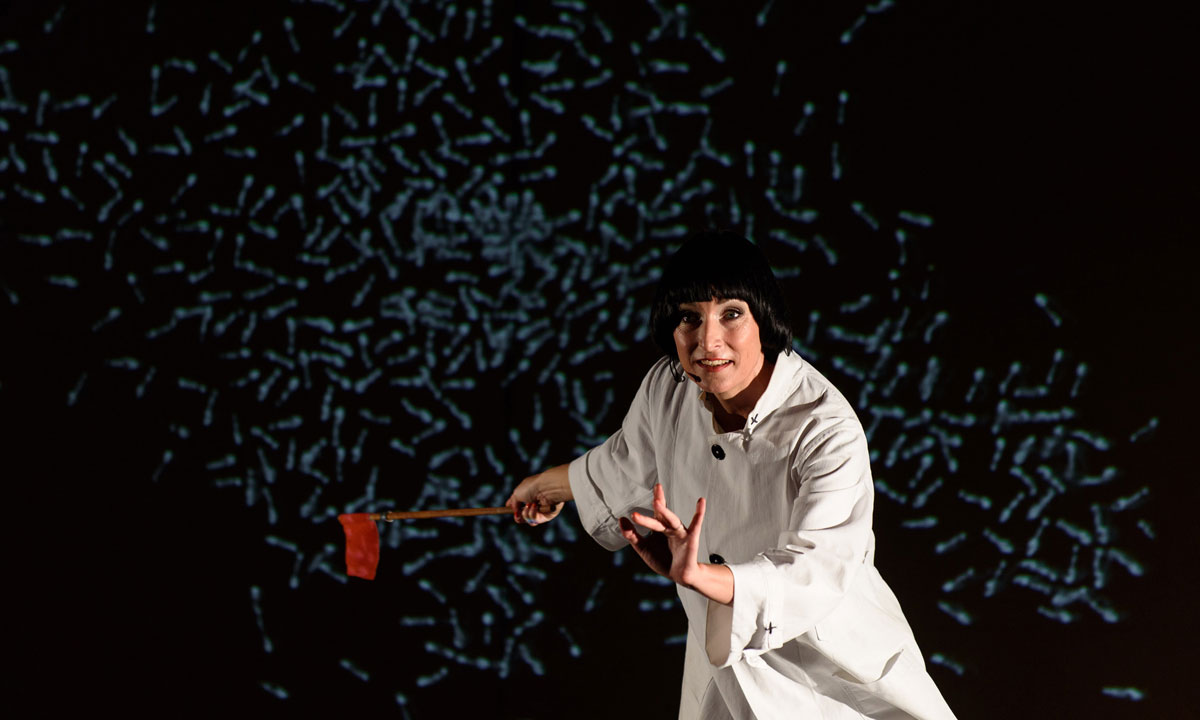 This new exhibition at the Art Gallery of SA features more than 50 works by South African contemporary artist William Kentridge from across his 30-year career. It draws connections between the myriad aspects of his work including drawing, collage, stop-motion animation, performance, theatre, tapestry and sculpture. The launch of the exhibition will be celebrated at tonight’s First Fridays after-hours event at the gallery. Internationally renowned Berlin-based director, singer and artist Joanna Dudley will present the performance work The Guided Tour of the Exhibition: for Soprano and Handbag – created in collaboration with Kentridge – tonight and again at 11am and 2pm on Saturday and Sunday. The exhibition runs until September 8. 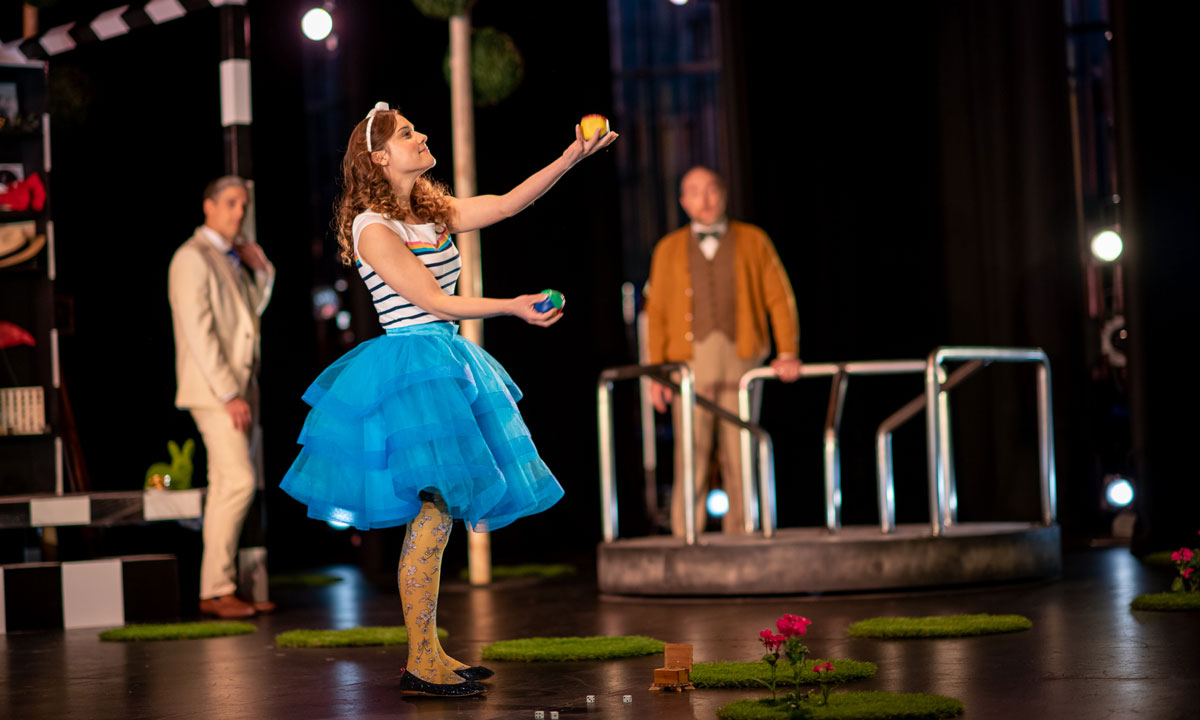 Adelaide audiences are being taken on a journey of both nonsense and truth in State Opera’s production of Boojum!, an opera and music comedy hybrid based on writer Lewis Carroll’s nonsense poem, The Hunting of the Snark. Director Joseph Mitchell told InDaily the multi-layered production combines Carroll’s fantastical fictional characters with glimpses of the author himself.  It was written by Adelaide-born brothers Martin and Peter Wesley-Smith and is being presented as part of State Opera’s  “Lost Operas of Oz” series. Boojum! is being performed at the Dunstan Playhouse tonight, and at 2pm and 7.30pm tomorrow. 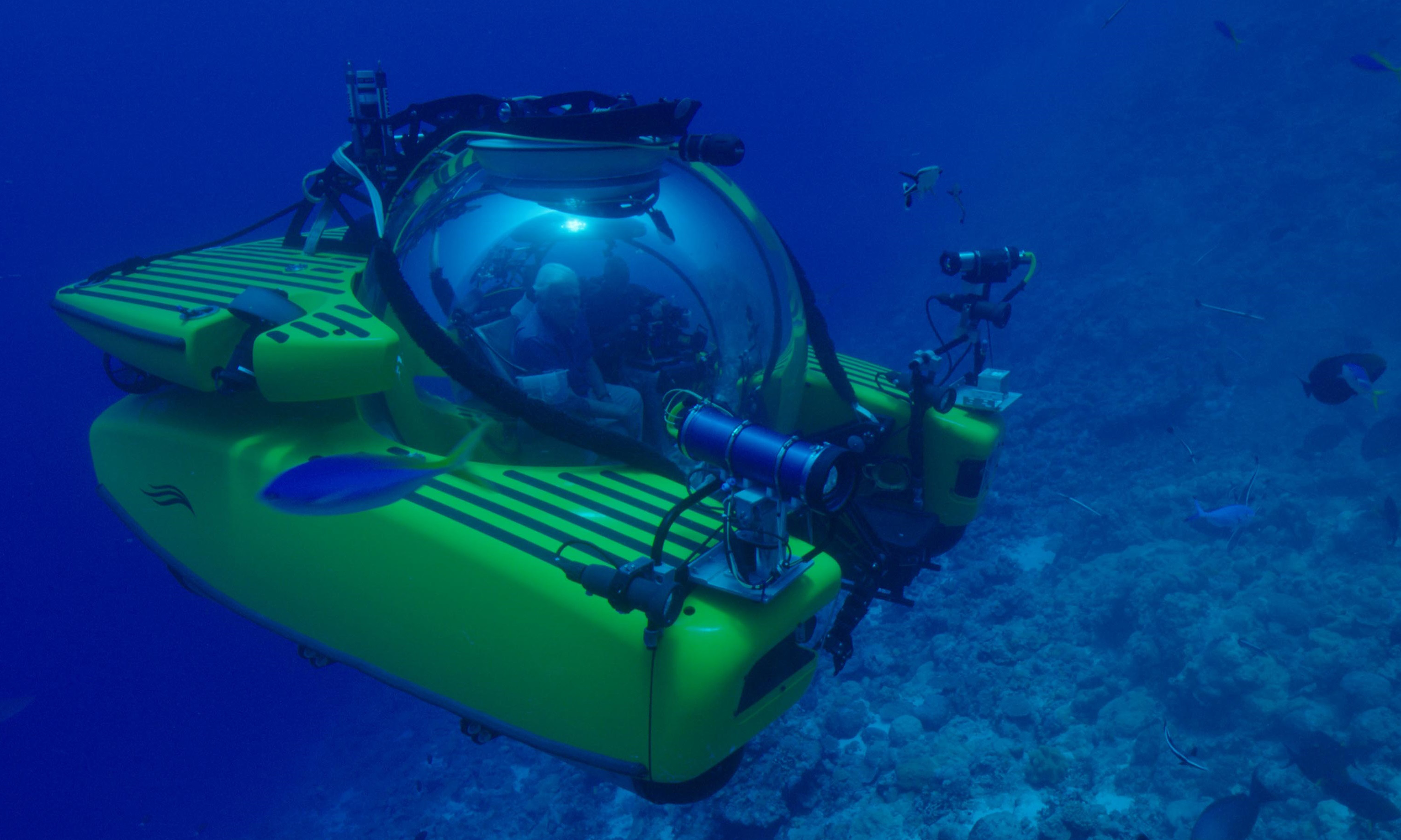 David Attenborough in the Triton Submersible during a dive on the Great Barrier Reef. Photo: Atlantic Productions

It’s your last chance to take a dive through the Great Barrier Reef with natural historian Sir David Attenborough in this virtual-reality experience, which will close next weekend (July 14) at the South Australian Museum. The 25-minute, 360-degree VR tour takes place in a bright yellow Triton submersible with Attenborough at the helm, explaining the curiosities of the world’s largest coral reef. Read CityMag’s interview with SA Museum director Brian Oldman here. 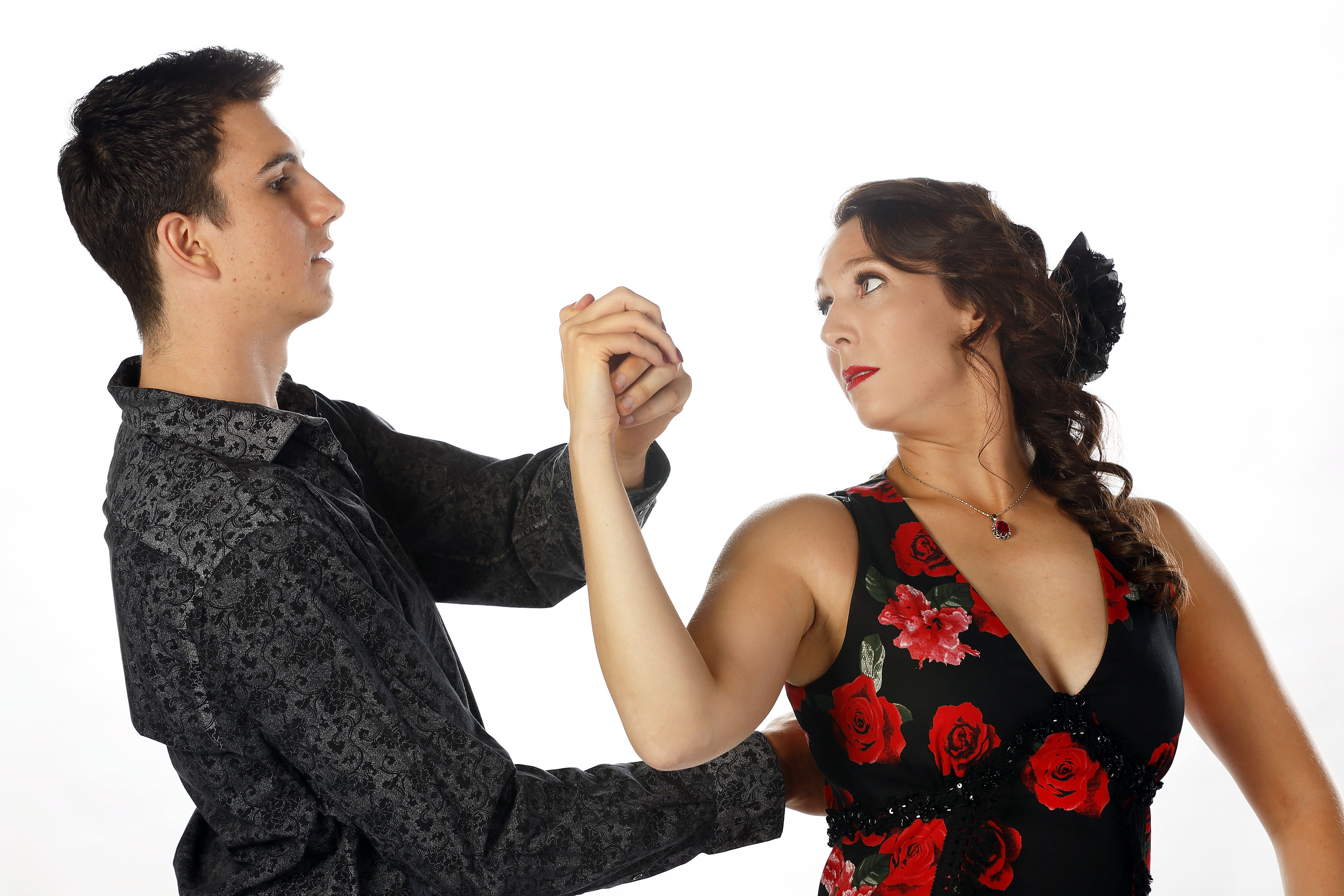 Kurt Benton and Kate Harrison as Scott and Fran in Strictly Ballroom The Musical.

Baz Luhrmann’s film-turned-stage-production Strictly Ballroom The Musical is being presented by Matt Byrne Media the Arts Theatre (until July 13) and Elizabeth’s Shedley Theatre (July 18-27). The story revolves around two young dancers, Scott and the left-footed Fran, who challenge traditional ballroom dancing conventions with new steps. Presented with an all-Adelaide cast, the new production features classic songs from the film including “Time After Time”, “Perhaps Perhaps” and “Love is in the Air”, as well as new musical numbers by Sia Fuller, Eddie Perfect and others. Tickets come with a free introductory dance lesson and can be purchased here.