Written by Trey Parker and Matt Stone (the creators of the completely wrong animated television show South Park and the even more wrong live-action puppet film Team America), along with Robert Lopez (co-writer of the Frozen songs), the multiple Tony, Olivier and Grammy award-winning musical is also the campest thing about straight – well, mostly straight – people you’ll ever see.

Mormon missionaries Elder Price (Blake Bowden) and Elder Cunningham (Nyk Bielak) are on the mission of their lives to baptise villagers in Uganda – but with poverty, AIDS and female genital mutilation rife, the locals are pretty sure religion can’t save them.

Elder Cunningham has a little problem with lying and suddenly it’s been written in the Book of Mormon that the prophet Joseph Smith had AIDS and God told him to fornicate (to use a cleaner term than the writers did) with a frog – and behold, he was cured! A second prophet, “Rigam Yam”, had his nose turned into a clitoris by God, so that is proof to the Africans that female genital mutilation is wrong.

The village is saved by some seriously splendid blasphemy, and that’s not even the worst of it. So in a packed venue such as the Festival Theatre, watching comedic art such as this, you have to ask yourself: What would Jesus do?

He’d laugh his ass off. 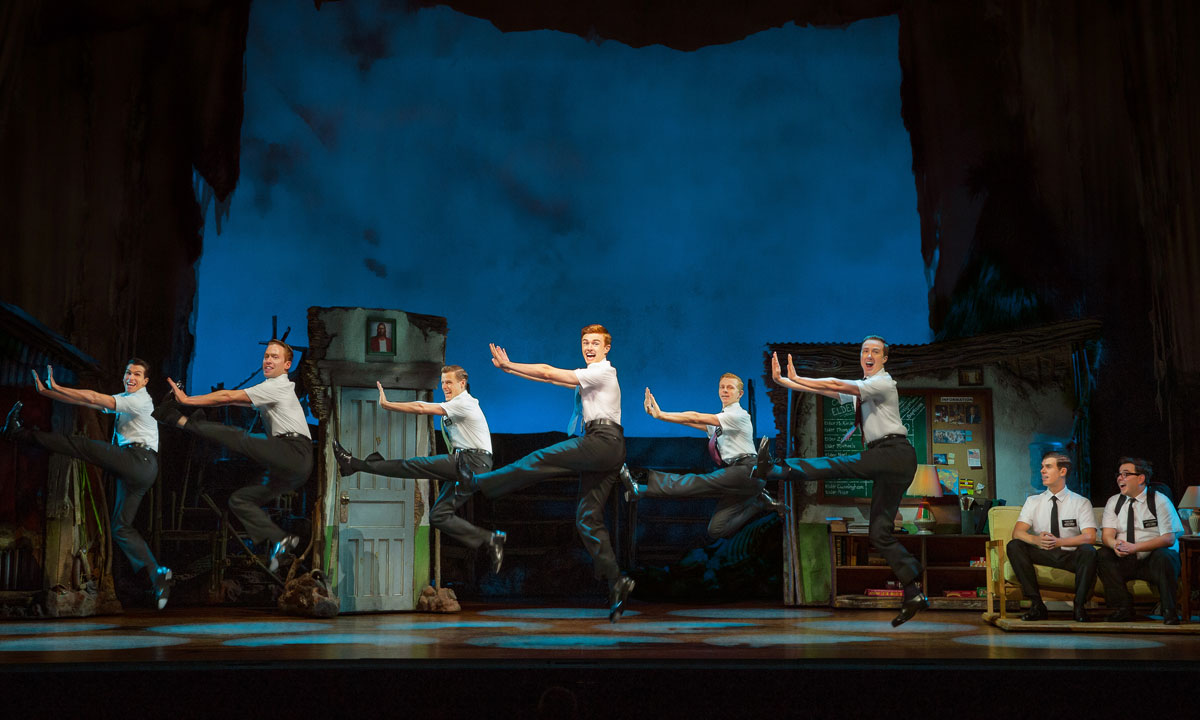 Directed by Parker and Casey Nicholaw, and superbly acted, sung and danced by an international cast hailing from North America and Australia, The Book of Mormon’s message has to be that that sometimes a person is going to believe whatever they need to in order to get by; it may be ridiculous, it may be hilarious, but it is a kind of truth.

Also true is the satirical finger-pointing of the naïve white man (and it is all men – very clean, white men) coming to the “dark continent” and thinking they can help someone who has “maggots in his scrotum” – a reprise that reminds us again and again that we aren’t in Salt Lake City any more.

Lyrics from the song “I Am Africa” remind us, too, of what might be considered the absurdity of religious colonisation: “We are the tears of Nelson Mandela / We are the lost boys of the Sudan / I am Africa! / Just like Bono! / I am Africa!“

The musical stayed on Broadway for 380 consecutive weeks but it’s only in Adelaide until August 11, so get in fast before the season sells out. And with God as my witness, it will sell out. 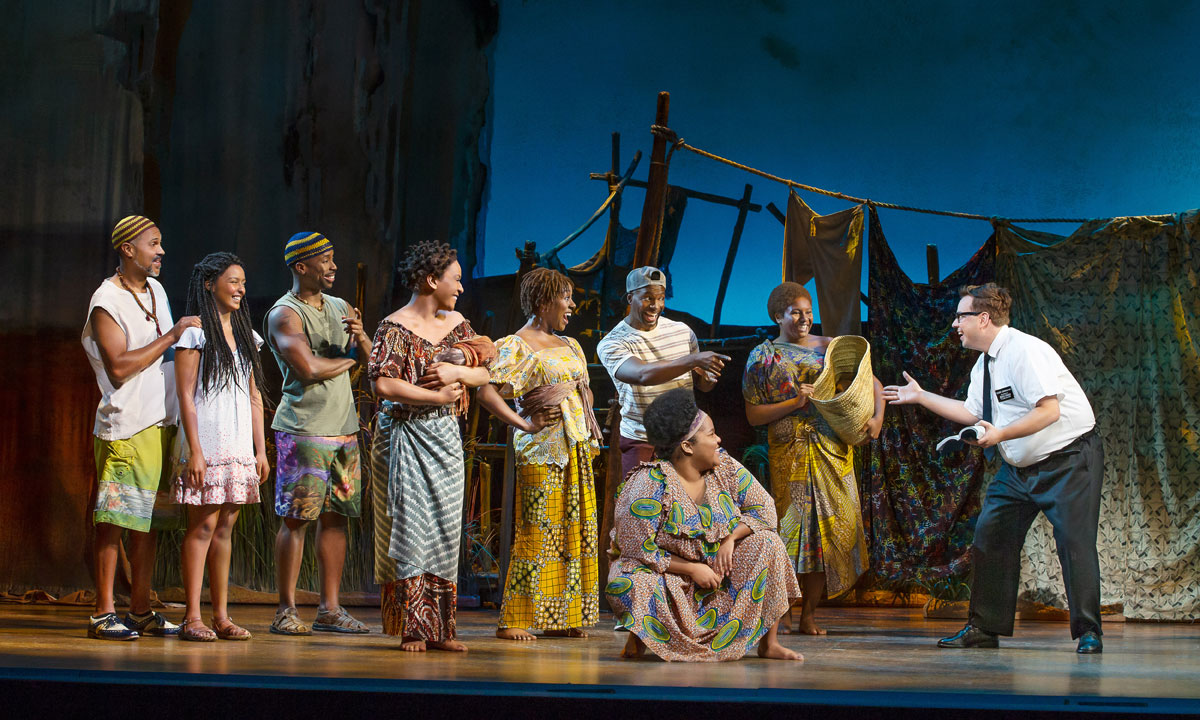 The Book of Mormon is playing at Adelaide Festival Centre’s Festival Theatre until August 11.