Created by Komische Oper Berlin in collaboration with London-based theatre company 1927 and featuring a blend of live opera with animation and a silent film aesthetic, Barrie Kosky’s production of The Magic Flute sold out its season at this year’s Adelaide Festival – continuing the success of previous award-winning Festival operas Saul (2017) and Hamlet (2018). 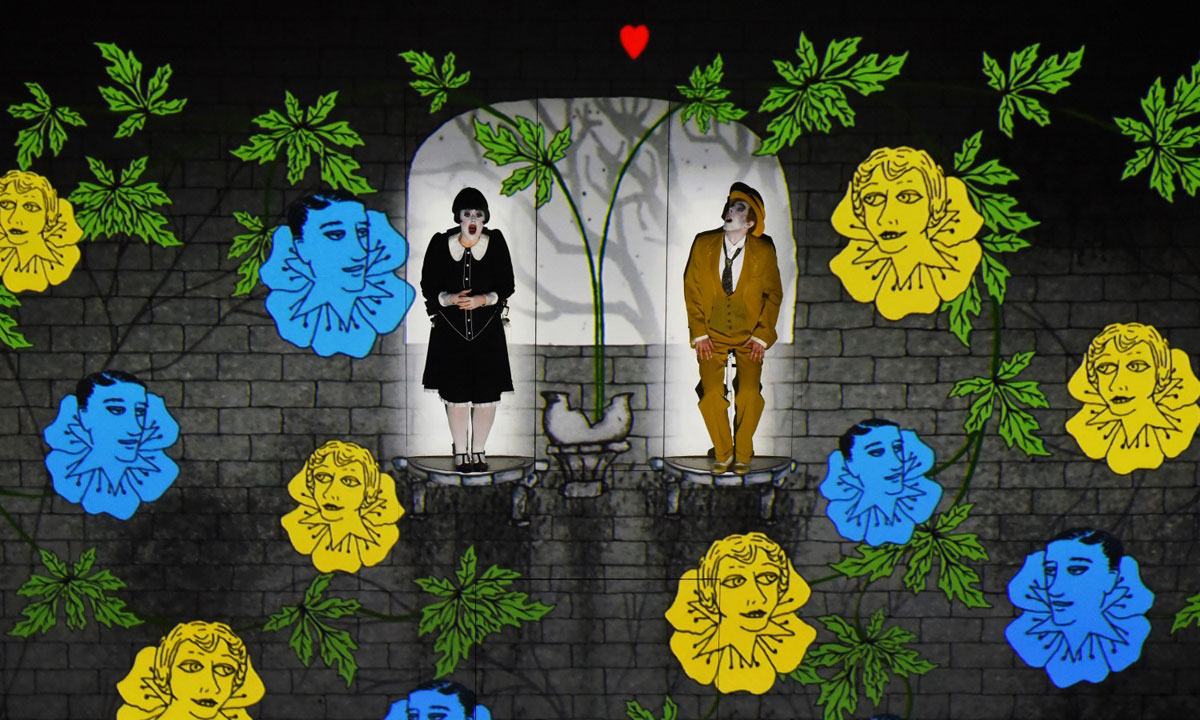 The awards recognise excellence in Australia’s live performance industry across 42 categories, with Adelaide-based Australian Dance Theatre earning four nominations for its show The Beginning of Nature.

The cabaret category of the awards is dominated by shows presented by the Adelaide Cabaret Festival in 2018, with nominations for former festival artistic director Ali McGregor (Yma Sumac – The Peruvian Songbird) and local singers Libby O’Donovan (Kate Leigh – The Worst Woman in Sydney) and Michaela Burger (A Migrant’s Son).

The fourth nominee for best cabaret performer is Dickie Beau for his show Re-Member Me, presented at the Perth Festival. Beau will be performing his new show, Unplugged, next week at the Dunstan Playhouse as part of this year’s Adelaide Cabaret Festival, which is currently in full swing.

Cabaret Festival executive producer Ebony Bott says the festival is committed to supporting artists who “push the boundary of the cabaret genre”.

“A huge congratulations to Ali McGregor, Libby O’Donovan and Michaela Burger for their respective Helpmann nominations … [and] We’re thrilled to be premiering Dickie Beau’s Unplugged in the 2019 festival program.

“There is much to celebrate in the recognition of these courageous performers who are at the top of their game.”

A number of other shows presented by the Adelaide Festival this year are also vying for awards, among them the Belvoir theatre company and Co-Curious play Counting and Cracking, although it is not included in the tally of SA nominations. The drama, centred on a Sri Lankan migrant family in Australia, is up for eight awards, equal to Harry Potter and the Cursed Child (Parts One and Two).

This year’s Helpmann Award winners will be announced next month at the Arts Centre Melbourne. The industry-only night on July 14 will be hosted by Robyn Archer and recognise achievements both on stage and in creative and technical roles, while the black-tie gala on July 15 will be hosted by Susie Youssef and new State Theatre SA director Mitchell Butel.