There are simply not enough superlatives for the brilliant creative team, exceptionally talented ensemble and amazing technological geniuses involved in this touring Broadway show.

Aladdin begins with a visually colourful rendition of “Arabian Nights”, setting the scene for a market in the city Agrabah, and each new scene gets bigger and brighter, funnier and more poignant. Director and choreographer Casey Nicholaw ensures there is not a moment or a beat without some precise action transfixing and transporting the audience.

At the heart of the show is a tale about the connection between a poor boy and a princess and how true love can prevail; unrealistic, escapist nonsense, you may think, but on stage there is a powerful magnetism between the lead characters that permeates the cast and connects with the audience.

Charismatic Gareth Jacobs, as the Genie, sings, dances and jokes around with the audience at the outset, letting us know we are in for a great night.

Graeme Isaako is cheeky and fun as Aladdin, the “diamond in the rough” – he exudes goodness, and is accompanied by a slick trio of loveable rogues. Shubshri Kandiah is the gorgeous Princess Jasmine, who shows plenty of spunk as a modern woman asserting her place in the world and defying masculine tradition.

Villainous duo Jafar (Adam Murphy) and Iago (Doron Chester) execute their evil plans with charm and comedy, with Jafar coming undone when his lust for power exceeds his ability to rule. 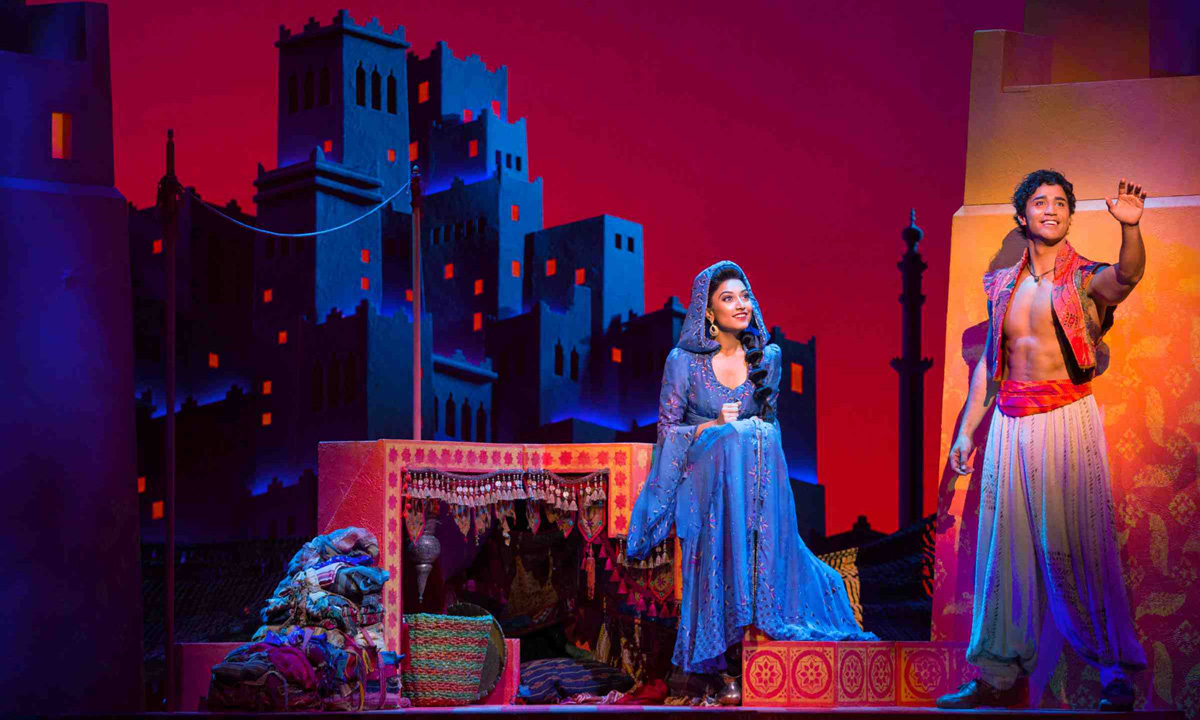 Yes, Aladdin is sentimental and a little schmaltzy – and for a poor, dirty marketplace, the characters’ clothing is exceptionally pristine – but the audience will forgive that because everything is so colourful and we are swept away with its beauty. The settings by multi-Tony-award-winning designer Bob Crowley are all picturesque, but the cave, especially, is an astonishing creation that will have the most hardened cynics believing there is a magical presence manipulating mankind.

I have never witnessed a standing ovation before interval, but such is the experience of Aladdin. And, if you are wondering how they stage the carpet ride while singing “A Whole New World”, you must see it for yourself to believe it.

The moral at the heart of Aladdin could be seen as a reminder that we should want people of quality in leadership – those who are honest, genuine and who stay true to their promises. And this production – with its splendour, colour, movement and passion – is truly a magical carpet ride.

Aladdin the Musical is playing at the Festival Theatre in Adelaide until June 9.