Adelaide Fringe officially begins tonight with a street party and night market from 6pm along War Memorial Drive (between King William and Frome Street) featuring 35 different acts. Tindo Utpurndee (the sunset ceremony) will take place at 8.15pm by the River Torrens, followed by the switching on of light projection Yabarra – Gathering of Light, a Kaurna storytelling experience involving large-scale light and sound artworks. Opening weekend festivities will kick on with live performances, food and wine along War Memorial Drive. This year’s Fringe comprises around 1300 events including comedy, music, theatre, visual art, magic and children’s shows. See the full program here and view all InDaily’s Fringe coverage here, including 10 top shows which are new to Adelaide in 2019.

Opening week Fringe shows to check out include:

Damian Callinan – The Merger: Comedian Damian Callinan stars in this one-man stage comedy (now an acclaimed feature film adaptation) at Holden Street Theatres which tells the story of a dysfunctional football club faced with the decision to either fold or merge with its arch-rival.
By a Thread: An ensemble circus show at Gluttony exploring the relationship between trust and play. Watch as acrobats wrap long spools of white robe around their bodies – both on and above ground – as they perform complex manoeuvres.
Penny Arcade: The New York-based performer returns to Adelaide, this time at the RCC Fringe (Scott Theatre), with BITCH! DYKE! FAGHAG! WHORE! – a show said to blend “outrageous humour, razor sharp satire, theatre, cabaret and erotic go-go dancing, with an uplifting audience dance break in a club setting”.

The Adelaide Symphony Orchestra will be joined on the Festival Theatre stage by vocalists Prinnie Stevens and Brendan Maclean for a night of music from the James Bond cannon. Led by conductor Nicholas Buc, the orchestra will perform classic hits by James Bond composer John Barry, including “Goldfinger”, “Diamonds are Forever”, “Nobody Does It Better”, “Live and Let Die” and “Skyfall”. ASO plays James Bond is showing tonight and tomorrow night, with concertgoers encouraged to dressed up as their favourite Bond character. Read a Q&A with Stevens and Maclean here.

Led by prominent Renaissance and Baroque musician Paul McCreesh, European ensemble Gabrieli Consort & Players will perform Purcell’s King Arthur at Elder Hall on Monday and Tuesday nights. The semi-opera production is based on John Dryden’s poetry and depicts the battles between King Arthur’s Britons and Saxons in the late 1600s. King Arthur is being presented in Adelaide by State Opera; details and tickets here.

An exhibition view of the 2019 Helpmann Graduate Exhibition.

A selection of 150 works from South Australia’s top emerging visual artists are on display at the Torrens Parade Ground Drill Hall in this year’s Helpmann Academy Graduate Exhibition. Selected by an independent panel, the works are by graduating visual artists across a range of disciplines including ceramics, glass, painting, jewellery, photography, printmaking, video, installation and sculpture. Doors open today, with the exhibition running until March 10. 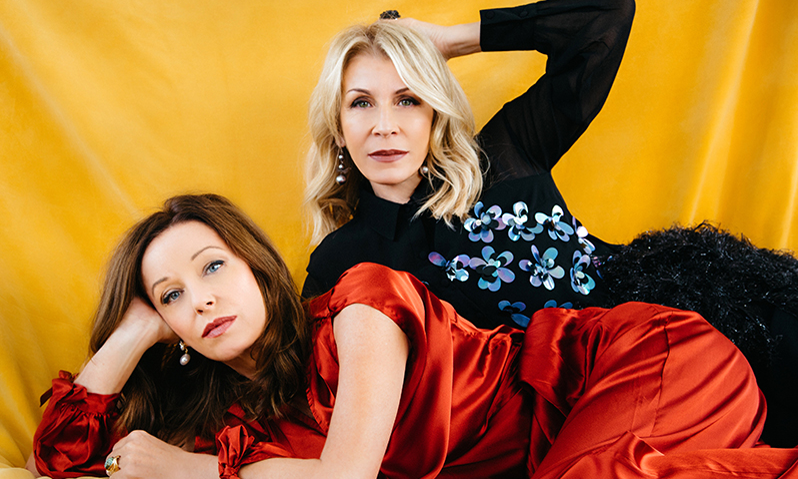 Iconic British pop duo Bananarama will head to The Gov on Tuesday night to celebrate the upcoming release of their first new album in 10 years, In Stereo. The gig will feature a slew of classic Bananarama hits such as “Shy Boy”, “Cruel Summer”, “Robert De Niro’s Waiting” and “Venus”, as well as newer tracks including “Dance Music”. Special guests Tiffany and German pop star Amber will join the duo on stage for a fun night of 1980s nostalgia.

American-Canadian singer-songwriter Rufus Wainwright will perform at the Festival Theatre next Friday night for his All These Poses anniversary tour, which marks 20 years since the release of his self-titled debut album. Wainwright will perform the most popular songs from his first two albums and will reflect on a diverse career that spans operatic, pop and film score music. Experimental jazz-pop artist Rachel Eckroth will perform as the support act.