On display from today, the three works include a custom-built installation made from 180-kilometres of red wool in the Gallery’s Melrose Wing, three six-metre red dresses on display above the Gallery’s North Terrace entrance and an Australian-first solo survey of works spanning the Japanese artist’s 25-year career.

Shiota’s iconic red, white and black colour palette and thread installations have been exhibited in major museums across Asia, Australia and Europe, including at the 56th Venice Biennale in 2015.

Her collaboration with the Art Gallery of SA is six years in the making, following an extensive period of site visits and discussions with the Gallery’s curatorial team.

Co-acting director of the Art Gallery of South Australia, Lisa Slade, says the collaboration with Shiota is a “major coup” for the state following the unprecedented success of the Colours of Impressionism: Masterpieces from the Musée D’Orsay exhibition, which broke the Gallery’s all-time record for ticketed exhibition attendance.

“To have the work of internationally-renowned Chiharu Shiota positioned within the heart of our gallery represents for us quite a triumph and quite a significant moment in our history,” she says.

“We’ve just had quite an incredible experience with Colours of Impressionism, where we broke every record.

“We know art will bring people here and we’re very interested in testing all of the trajectories and creative possibilities of that idea.” 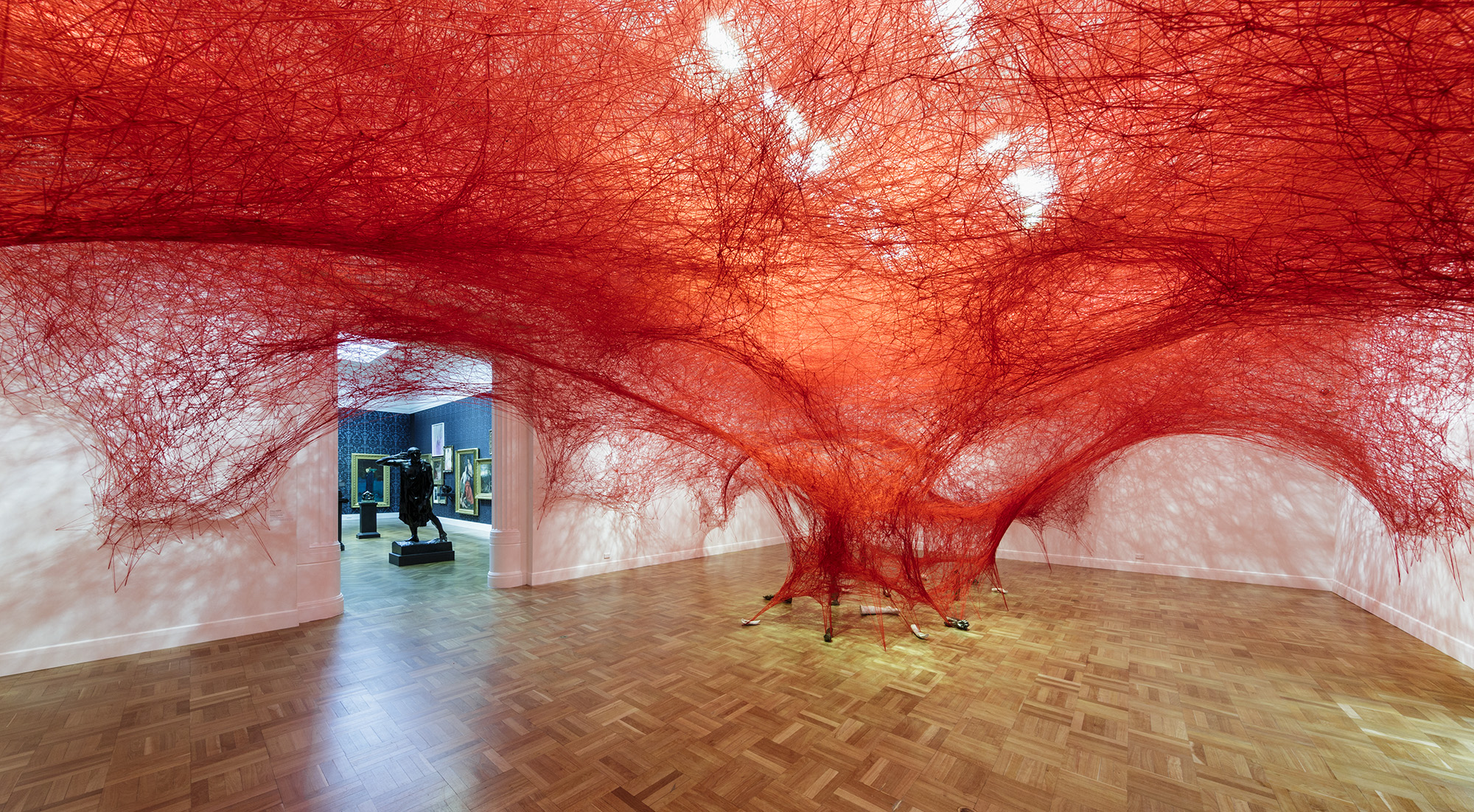 Headlining the Chiharu Shiota collaboration is major commissioned piece Absence Embodied, a spider web-like installation of red wool in the Melrose Wing that will remain at the Gallery for at least two years.

Sprawled on the ground below the string installation are bronze replicas of disjointed limbs cast from Shiota and her daughter’s bodies – representing the concept of family bloodlines.

“These are the kinds of projects that curators hope for and artists dream about,” she says.

“We literally gave Chiharu a blank canvas, carte blanche, to create this work.

“Chiharu has brought something of herself into this space in a way she’s never done before and it’s an awe-inspiring work that creates incredibly personal moments.” 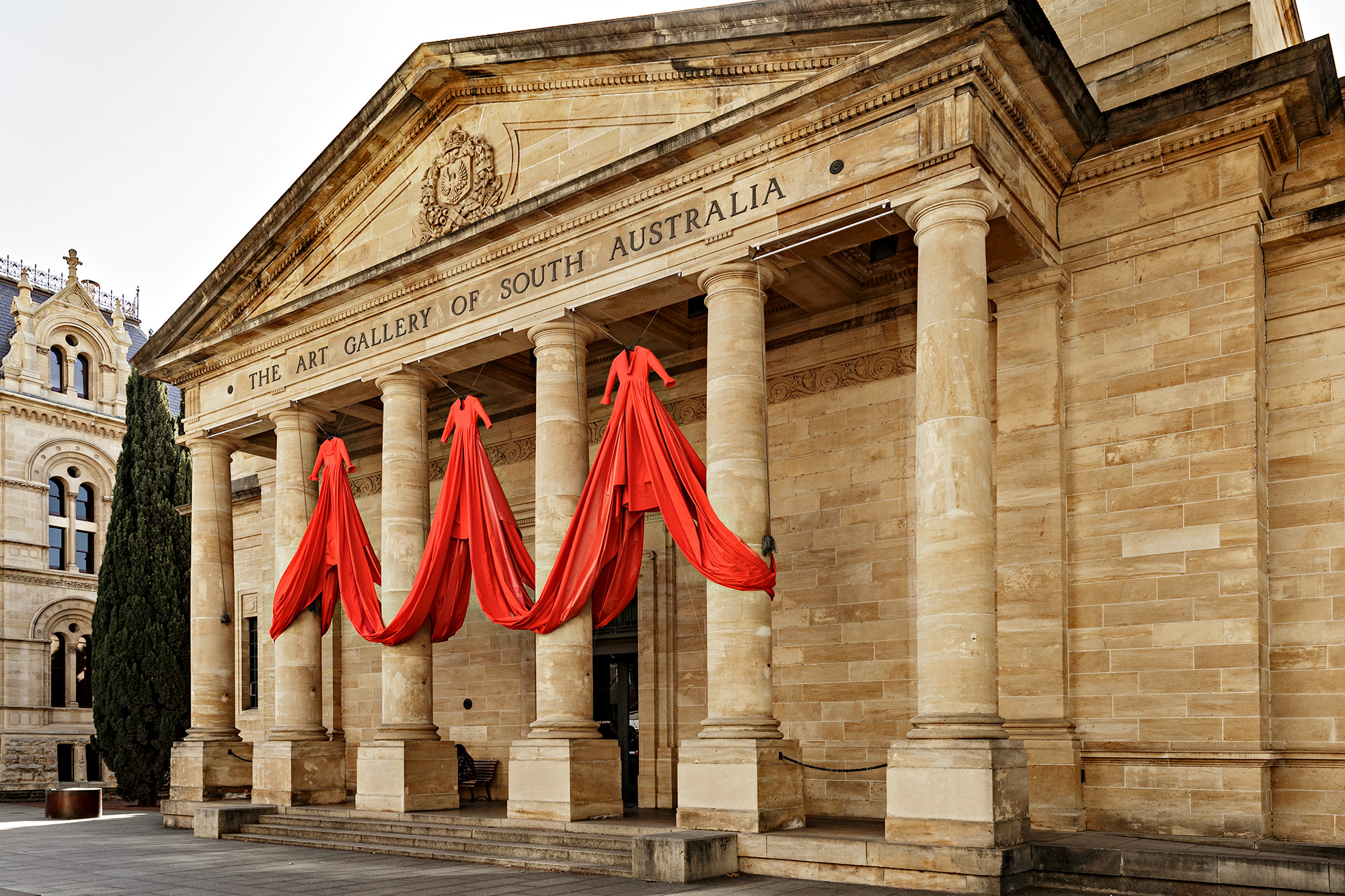 “Everything is just so meticulously made in Japan and the devotion to the hand-made is something that pervades Japanese society and art,” he says.

“With the dresses, there’s these connections with domesticity or weddings or familial places as well as a sense of bondage – the sense of binding things to a particular space.”

The exhibition also features a collection of the artist’s earlier works in galleries 9, 10 and 11, featuring videos, drawings, installations and paintings which traverse diverse themes such as bloodlines, destiny, bondage and fate. 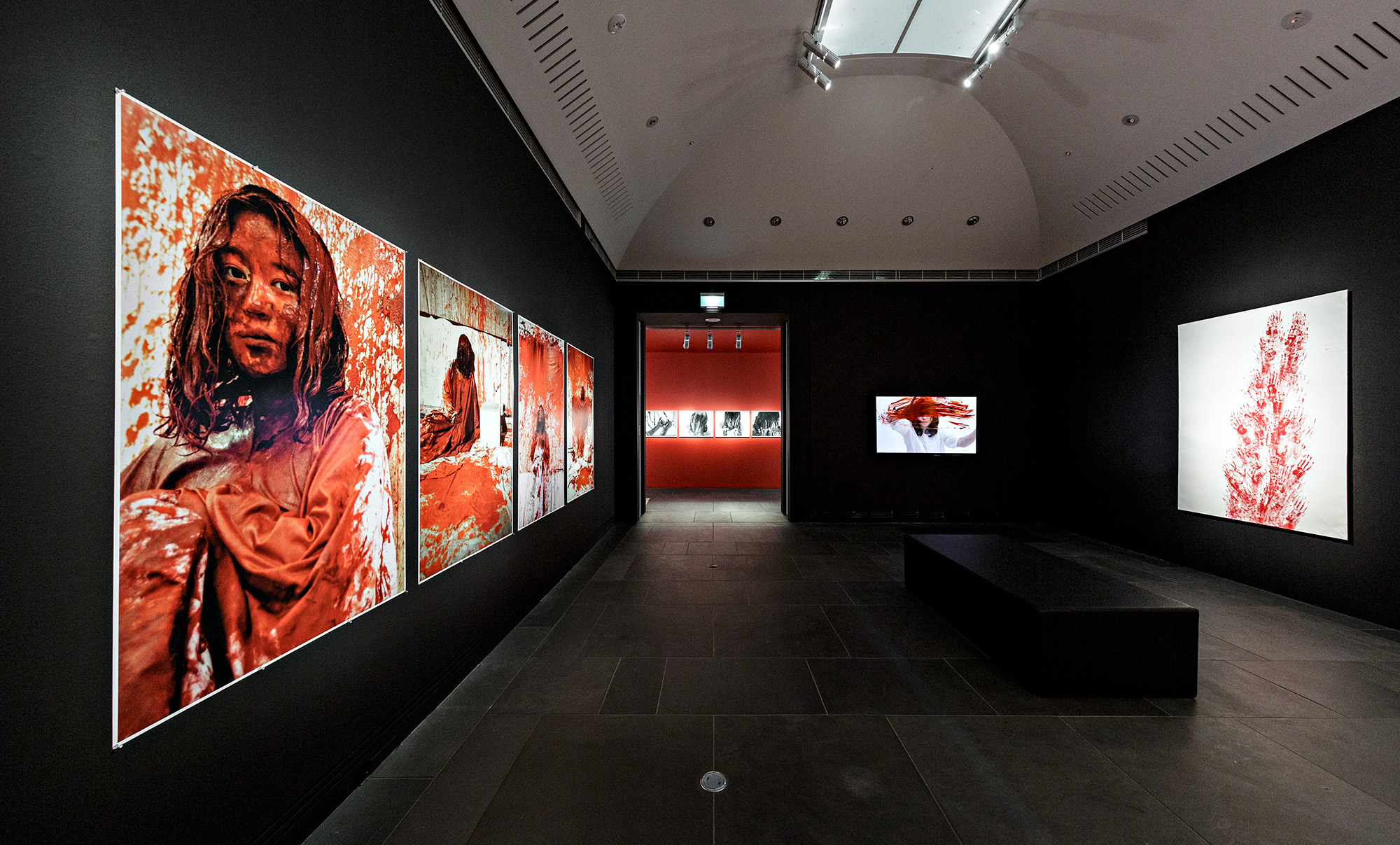 “Shiota is one of the undefinable artists, her aesthetic just pervades the media,” Kelty says.

“The media doesn’t define her per se and, although string is her most recognisable form, she doesn’t limit herself to just one media.

“When you walk around the galleries you really get a sense of that – just how diverse her work really is.”

Admission to all three works is free.