Written by Fleur Kilpatrick and part of State Theatre Company’s mainstream program, this play tells the story of Liddy, a teenage alien obsessive who arrives in a rural town seeking escape. An outsider, Liddy falls into a friendship with a witty 15-year-old who helps her embrace difference. Artistic director Geordie Brookman describes Terrestrial as a “tender yet twisting tale of social dislocation in regional Australia”. Read InDaily‘s review here. Performances continue until June 2.

Barry Humphries will be in Adelaide this Wednesday and Thursday to present his new confessional show Barry Humphries: The Man Behind the Mask at the Festival Theatre. The show is described as a “revealing, funny and moving” recollection of his Australian childhood, family relationships, attitudes, career and experiences as a world-famous entertainer. “This is a show in which I am the principal character; it’s not Les, it’s not Edna, it’s not Sandy Stone. It is really about this character called ‘me’. I’m not in disguise,” Humphries says of the show.

Waikerie is hosting a three-day film event that celebrates life in the Riverland town during the 1950s and ’60s. Beginning today, it will showcase a selection of historical 8mm films made by local residents as well as a screening of old Waikerie Filmo Club films. Find out more here. 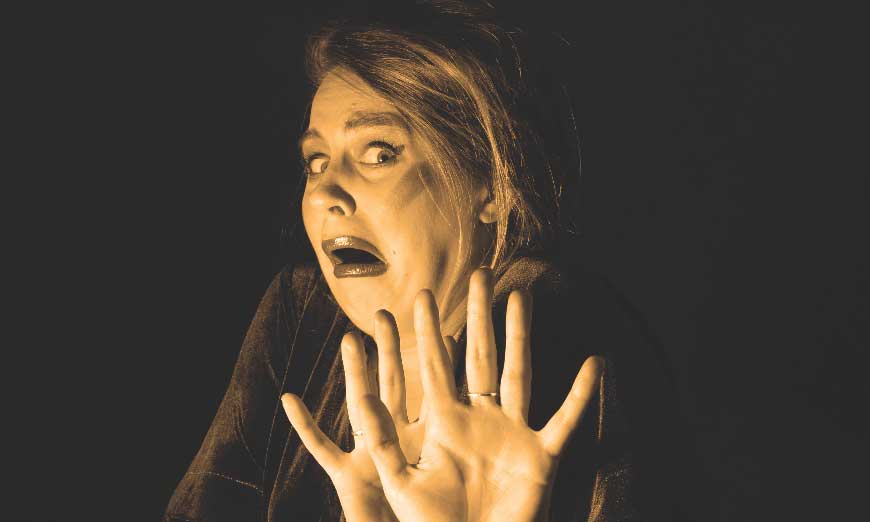 Adelaide playwright Rebecca Meston will present her new public theatre show If You Can Learn to Fake Authenticity You’ve Got It Made in FELTSpace Gallery’s shopfront window tonight and next Friday night from 7pm. The three-hour performance is split into six choreographed vignettes that explore the theme of real versus fake in the online world. Read InDaily’s interview with Meston here.

Transitions Film Festival is in Adelaide with a line-up of documentaries aimed at inspiring people to build a better world. The festival, which runs until Sunday, features docos including Food Fighter, which tracks OzHarvest CEO Ronni Kahn’s mission to reduce Australia’s waste output, Free Lunch Society, which explores the history and possible future of a universal basic income, and Operation Jeedara, which showcases what South Australia could stand to lose if oil companies drilled for oil in the Great Australian Bight. Purchase tickets here and read InDaily’s interview with the Operation Jeedara filmmakers here.

Red Phoenix Theatre is presenting its new show Caligula, written by Albert Camus, at Holden Street Theatres. Described as a “darkly comic drama”, Caligula tells the story of a “charismatic but dangerously unpredictable” Roman emperor who tries to understand the meaning of life. Performances run until June 2.

Jazz singer Kurt Elling will head to the Governor Hindmarsh’s Main Room on Sunday to showcase his talent for vocalese – the writing and performing of words over recorded improvised jazz solos. Elling will perform a selection of contemporary and old-school jazz songs. Next Tuesday, The Gov will host American soul-infused rock performer Sam Beam – AKA Iron & Wine – with a gig featuring a selection of tracks from his six albums, played alongside a live band of acoustic guitars, percussion, keys, cello and bass.

The German Film Festival begins in Adelaide on Wednesday with this year’s program featuring 32 Australian premieres. The festival will kick off with opening night film The Silent Revolution, which is based on the East German student protest in 1956. Other highlights include Heart of Stone – a dark fairytale set in a rural community in the Black Forest; The Final Journey – a drama which follows a 92-year-old former German officer as he searches for his long-lost love, and documentary When Paul Came Over the Sea, which tracks a migrant’s journey to freedom from Cameroon to Berlin. The festival, which is being held at Palace Nova Eastend Cinemas, runs until June 10. View the full program here.

State Theatre Company Ensemble is taking its final bow with Kate Hamill’s “joyful and absurd” adaptation of Jane Austen’s Sense and Sensibility. The production, which is described by State Theatre artistic director Geordie Brookman as a celebration of “all the joy that’s to be found in theatre”, features artists on roller-skates and contemporary music from the likes of Queen. Read InDaily’s interview with Brookman here and our review here. Performances run until May 26.

Adelaide writer Matt Hawkins is presenting his new work Frank Forbes and the Yahoo Boy at Bakehouse Theatre. The comedy is based on the true story of retired engineer Frank who meets a Nollywood (Nigerian) filmmaker online. After a spur of the moment decision to invest in the filmmaker’s next movie, Frank takes the desperate measure of flying to Lagos to get his money back. Performances run through to next Saturday.

Moscow Circus returns to Adelaide after a five-year break with a series of new acts, including “The Extreme Wheel of Death”, motorcycle cage riders and hire-wire-walkers. The circus will travel to Wigley Reserve in Glenelg, Hart’s Mill in Port Adelaide and Ridley Green Reserve in Elizabeth as part of its Adelaide-leg, which begins next Friday and runs through to June 8.