The previous two seasons of Thong’s Makers Who Inspire films were produced in South Australia and focussed solely on SA makers.

For the new collection of nine documentaries, he also travelled to Sydney, Los Angeles, San Francisco, New York and Washington DC to shoot a range of makers, mostly Australians, who have found success in their field both here and overseas.

“I wanted to diversify a lot more this time, so there’s a fashion designer, a leather craftsman, a celebrity chef, a ballet dancer … I also wanted to spread the reach a bit further, but it still turned out that many are South Australians,” Thong tells InDaily.

They include Paul Vasileff, founder of the internationally renowned Paolo Sebastian fashion label; television chef and cookbook author Adam Liaw (now based in Sydney), and portrait artist Robin Eley, who has been a finalist in both the Archibald Prize and the Doug Moran National Portrait Prize.

Also featured are two former SA photographers now working in New York: Max Papendieck, who has photographed people such as model Gigi Hadid and actress Lily Collins, with his work published in Vanity Fair and Vogue, and Ben Baker, who has shot famous faces including Donald Trump, Barack Obama and Oprah Winfrey.

Thong says the series, which is largely self-funded, is full of inspiring stories.

In the Vasileff documentary, the couture designer recounts how he started making dresses out of wrapping paper and newspaper at just three years old.

Baker, whom Thong says couldn’t get into TAFE after graduating from high school, found work as an assistant for photographers in Adelaide and Sydney before securing a job in American photographer Annie Leibovitz’s studio and then forging his own business.

“Max Papendieck was a model first and now he’s a photographer who specialises in fashion and beauty,” Thong says.

“He was telling me he has always had a creative flair and always wanted to do something in the creative field and when he picked up the camera and started shooting that was when it really locked into place for him… he spent some time working his way up the ladder.

“He makes the point that he’s only really been doing this for four or five years, so it’s both very interesting and very inspiring what he’s achieved in that amount of time.” 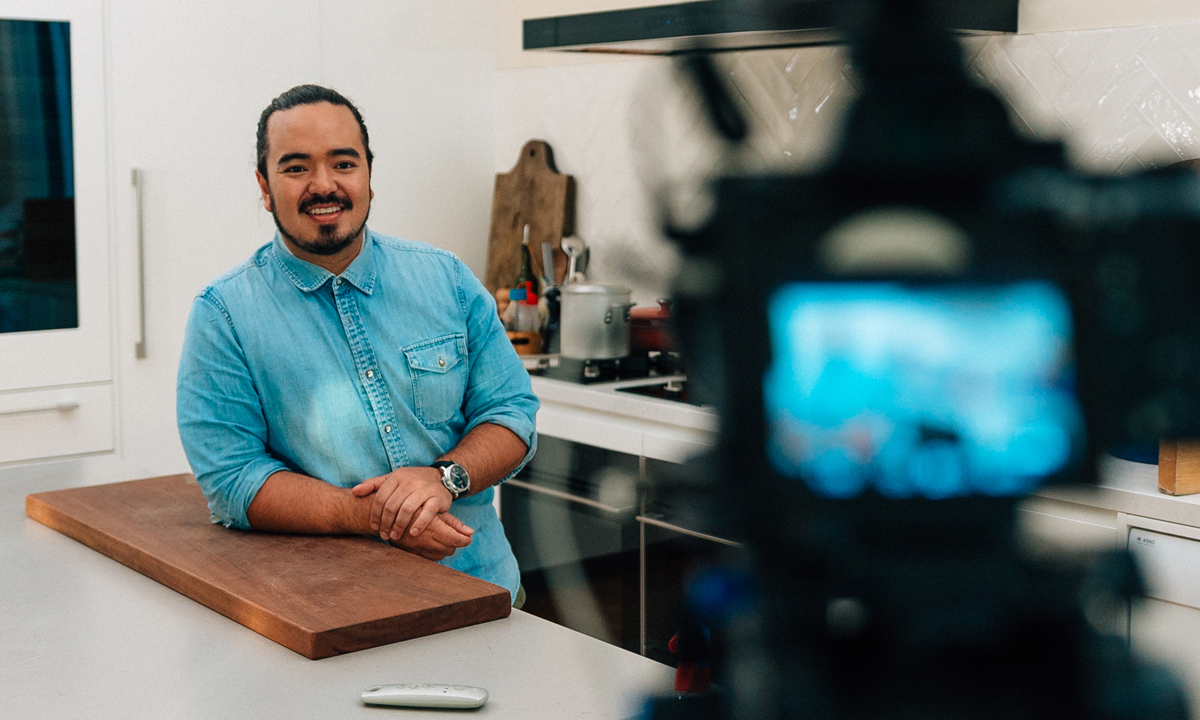 Chef Adam Liaw is among the subjects featured in Makers Who Inspire. Photo: Henry Thong

Thong’s own story is also inspiring. He started making films in high school, where he says he chose media studies by default but ended up winning the South Australian Silent Film Festival. That saw him represent Australia at the 2014 International Youth Silent Film Festival in Portland, Oregon, which he also won.

After high school, he started making films for a number of different brands.

“I was looking back at all the films I had made and I noticed they all had something in common – every film had something to do with the creative process, and I realised that was what inspired me … ”

Mostly, he says, the makers he features in Makers Who Inspire are people whose work he has felt a connection with.

His most-viewed documentaries so far are those about Adelaide-based contemporary painter and portrait artist Joshua Miels (it’s had more than 60,000 views on YouTube) and miniature artist Joshua Smith (almost 50,000 views).

One of the most popular films from season two of Makers Who Inspire featured painter Ellie Kammer.

“Her work is so amazing and I’m so glad that her film has become one of the ones that is most viewed,” Thong says.

“She paints very confronting and thought-provoking work, and there’s a lot of nude women and a lot of blood and it’s because she suffers from endometriosis … her agenda is to raise awareness about the disease.”

Thong has submitted some of his latest documentaries to film festivals in Australia and overseas, and is hopeful they will end up being shown on the big screen.

He is also optimistic that the new series will open more doors for him in the documentary-making world, including leading to more commission work.

“This series had helped a lot because people like it and say they want me to do something similar [for them].

“I’m hoping that happens more and more with this season coming up because it’s light years ahead of anything I’ve produced in the past … I’m hoping it gets seen by more people.”

The third season of Henry Thong’s Makers Who Inspire series will be launched tomorrow night at Raj House on Hyde Street, where there will be a screening of the first three episodes, plus an exhibition featuring works by artists profiled in the series. Thong’s work can be viewed on his YouTube channel.