There isn’t any conventional plot or character development. Instead, it’s a play about ideas, and, while posing lot of questions about a potential dystopian future, it suggests that our passionate devotion to pop culture and television will survive even an apocalypse.

Directed by Imara Savage, the current resident director for Sydney Theatre Company, with a cast including Mitchell Butel, Jude Henshall, Esther Hannaford and Jacqy Phillips, the play is set in a post-apocalyptic America: society has faded, the population is decimated, nuclear power stations have melted, and there is no more electricity to drive society or fuel the re-runs of popular TV shows.

Yet even devoid of energy, the enormous significance of The Simpsons persists. In a world without fresh water or Diet Coke, the importance of every utterance of Springfield’s finest characters takes on new importance. 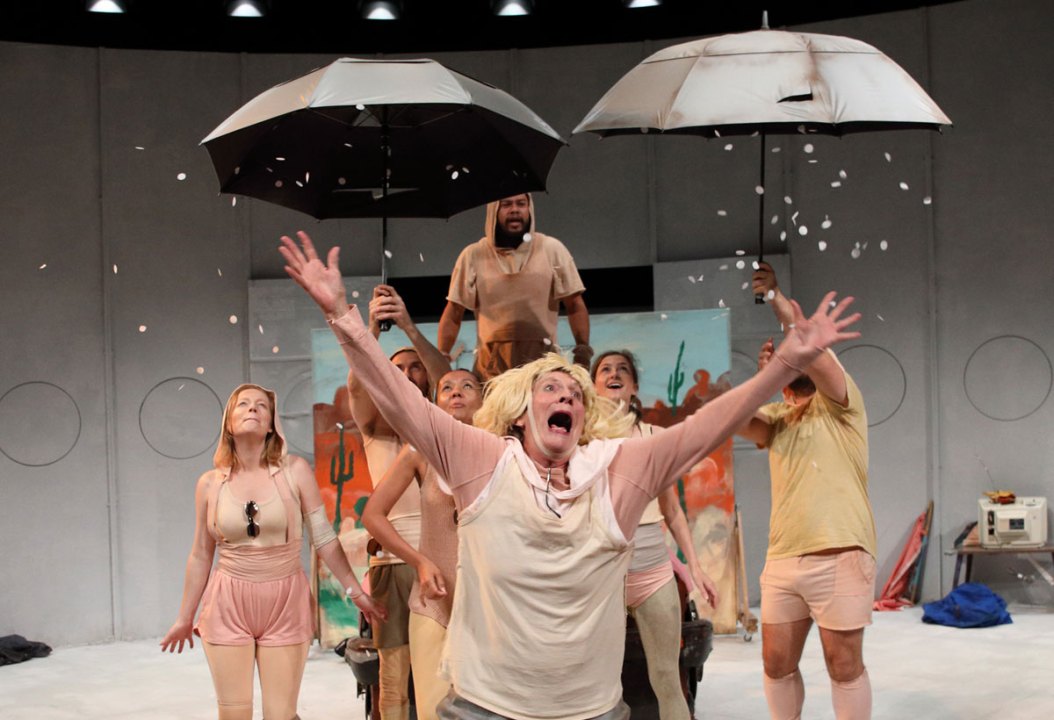 The action opens with several people sitting around a brazier discussing a particular episode called “Cape Feare”. As they discuss, quote from and act out the episode, we discover there has been a terrible tragedy and society has broken down.

Soon, Bart et al have taken on the attributes of prophets and the TV series has a quasi-religious status.

In this three-act circus, each act becomes increasingly more bizarre. In the second act, rival amateur-dramatic troupes tour with re-creations of various episodes and trade lines of dialogue in a kind of black-market racket. The players even stage ad breaks with half-remembered adverts, songs and clichés.

The playwright asks deep questions about society and the human condition, but the drama, humour and sardonic tone of Mr Burns will likely be lost on those who aren’t terribly familiar with Homer and his family.

Nonetheless, Mr Burns is certainly an original, witty, questioning and interesting ride. Fans of The Simpsons will undoubtedly enjoy the trip. If not, I’ll eat my shorts.

Mr Burns: A Post-Electric Play is being presented by the State Theatre Company and Belvoir Theatre at the Space Theatre, Adelaide Festival Centre, until May 13.