Allen says the project began when he decided to stream his 2016 Adelaide Fringe show Chase the Feeling – described as a “satirical assassination of theatre and autism” – and found that a lot of those who watched it were either interstate, overseas or in some way housebound, including people with disabilities.

“I started to realise there was an opportunity to get my work out beyond the physical space of the theatre it was in for people who couldn’t get to the theatre.

“In a day and age where people are streaming more and more to their personal devices, this is a way to get work out to audiences that isn’t restricted to location or a particular venue.”

So far, Michael Allen Productions has streamed three 30-minute projects through the initiative, which he has named You Wanna Bita This Now. The most recent – Waiting for the Mothership, by former Australian Ballet dancers Tim Rodgers and Nigel Burley – was a live percussion and contemporary dance solo performance with integrated video projections. 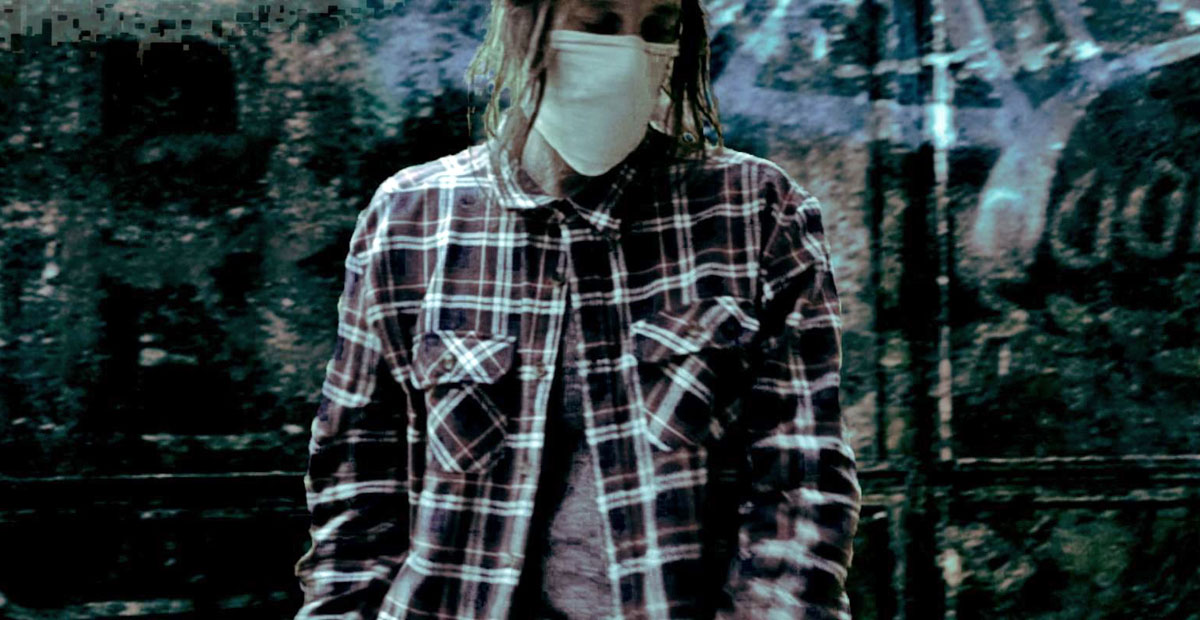 Tim Rodgers as ‘Producer Slippy’ in his performance of ‘Waiting for the Mothership’.

The latest work, to be live-streamed this Saturday (November 26), is Geode, by Adelaide College of the Arts emerging theatre-makers Jamila Main and Tim Mackie. It explores aspects of a relationship that is no longer enriching for the people involved.

Allen says live streaming enables the artists to get audience feedback and further develop their work. Some projects may eventually end up being presented in a theatre.

“At the end of the day, this particular project is about career theatre makers exploring new ideas.”

While acknowledging that being in the theatre during a live performance gives the best experience, Allen says he seeks to make the online experience as close to that as possible.

To this end, a small live audience is invited to attend the streaming of each project, which occurs at Tanglewood Studio, a 12m x 6m space behind Allen’s home. Streaming begins about half an hour before the performance and continues for a short time after it ends, so the online audience sees the live audience arrive and mingle.

“It does feel like they’re in the room as well.”

There is, of course, the risk of technical glitches or something going awry in the live performance and streaming process.

“It still has that essence of theatre – that you’re walking the high wire and things can go wrong. Certainly that has happened, with technical glitches, but I think the audience understands that this is something we’re evolving and they’re patient with that.

“With the performances themselves, that highwire anxiety that happens with live performance is still very tangible, which makes it exciting as well.”