Acclaimed Australian actor Lisa McCune made her State Theatre Company debut in Machu Picchu, at the Dunstan Playhouse on Wednesday night. Machu Picchu follows Paul and Gabby, two mid-life engineers who appear to have it all. After a car accident leaves Paul badly injured, the pair are forced to reassess their priorities and reevaluate long held dreams. The new play by Sue Smith will be running until May 1.

Unseen Theatre Company is presenting The Wee Free Men at Bakehouse Theatre from April 16 to 30. The play sees young witch-to-be Tiffany Aching venture into the realm of faerie land to rescue her baby brother. Based on the novel by Sir Terry Pratchett, the play has been adapted for the stage and directed by Pamela Munt. 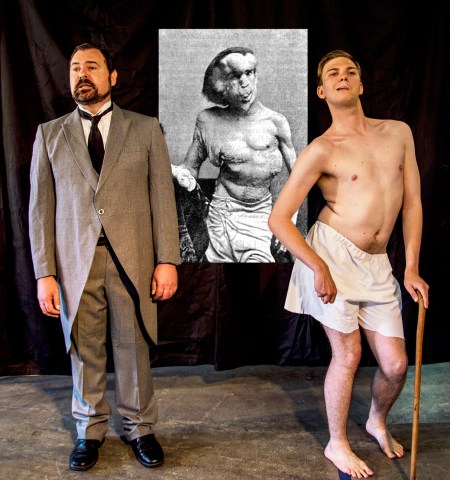 Steve Marvanek and Robert Bell in ‘The Elephant Man’.

After a celebrated West End and Broadway revival, Adelaide Repertory Theatre will bring The Elephant Man to Adelaide’s Arts Theatre from April 14 to 23. The play follows the true story of Joseph Merrick, whose physical deformities took him from sideshow squalor to the height of 1880s London society. Wonderful, moving and gloriously triumphant, The Elephant Man is a poignant and powerful look at difference, disability and the cult of celebrity.

Young actor Will Cox plays Hamlet in this new Independent Theatre production focussing not on the international politics of the play, but rather on the personal and domestic tragedy of the prince and his family. It is being presented at the Goodwood Institute Theatre from April 8-16.

Gang of Youths – The Gov

Sydney rockers Gang of Youths will be dropping into The Gov this Friday night (April 15) as part of their national tour. Called “One of the most invigorating and exciting live acts in the country” by Rolling Stone, the band released their debut album The Positions to glowing reviews last year. Infamous Melbourne punk band Painters and Dockers will also be bringing their exuberant live show to The Gov this Saturday (April 16). 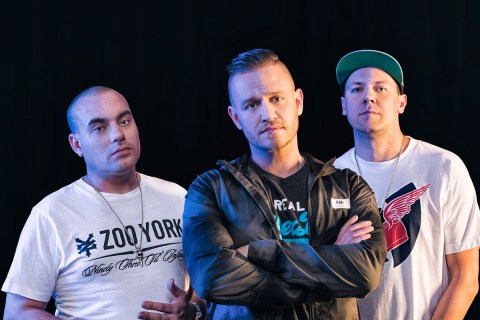 Local hip-hop trio Hilltop Hoods will be taking the stage at the Adelaide Entertainment Centre alongside the Adelaide Symphony Orchestra this Saturday night (April 16). The Restrung Tour will be the only chance to see Hilltop Hoods headline in 2016, in celebration of the release of their new album ‘Drinking From The Sun, Walking Under Stars Restrung’.

With the theme Magic Object, the 2016 Adelaide Biennial draws inspiration from the “Wunderkammer” – rooms or cabinets displaying eclectic collections of exotic artworks and natural objects. Twenty-five artists have created works inspired by the theme. The biennial, which continues until May 15, encompasses exhibitions at the Art Gallery of SA, Samstag Museum of Art, Jam Factory, Santos Museum of Economic Botany and Carrick Hill. 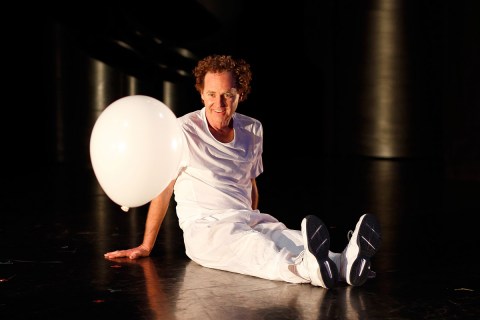 A scene from ‘The Moon’s a Balloon’. Photo: Tony Lewis

Patch Theatre will be presenting their highly acclaimed visual theatre piece The Moon’s A Balloon at Space Theatre from April 19 to 23. The work sees two performers explore and play with white balloons as they search for meaning and friendship. Adelaide Festival Centre CEO and Artistic Director Douglas Gautier AM says “The Moon’s A Balloon is the perfect introduction to the theatre for little people in your life, and all of us who occasionally need to be reminded that we should rejoice in life’s simplicity”.

This exhibition at the South Australian Museum explores the role of shields in Aboriginal culture and history. As well as being used in individual and group conflict, carved and painted shields carry symbolism and affirm ancestral links. Shields continues until May 22.

Saturday April 16 will see Mile Die Club take on Wild Hearses to kick off the 2016 roller derby season at the Adelaide Showground. With both teams having one win each under their belts and both teams being determined to reman undefeated, this promises to be a tight game. There will also be enough live music and market stalls off the side of the track to keep everyone entertained. Pre-sale tickets are available through OzTix and doors open at 6pm for a 7pm start.

Mercury Cinema invites you to join them for an afternoon of live jazz performed to King Vidor’s The Crowd this Sunday (April 17). Winning an Academy Award in 1927, The Crowd follows the lives of a young married couple in New York City.