Today’s First Friday after-hours event at the Art Gallery of South Australia draws inspiration from the desert. It will feature a bush tucker cooking demonstration with chef Simon Bryant, live music performances by singer-songwriter Jacinta Price, the Ntaria Choir and Yidaki player Jamie Goldsmith, and guided tours of the gallery’s Tarnanthi exhibitions. First Fridays run from 5pm until 9pm on the first Friday of each month.

This play within a play follows the backstory of bumbling amateur thespians the Rude Mechanicals from Shakespeare’s A Midsummer Night’s Dream. Described as a “hysterically funny mix of verse, song and dance”, it’s being presented by the State Theatre Company of SA at the Space Theatre from tonight until November 27. Read InDaily’s interview with cast member Tim Overton here. 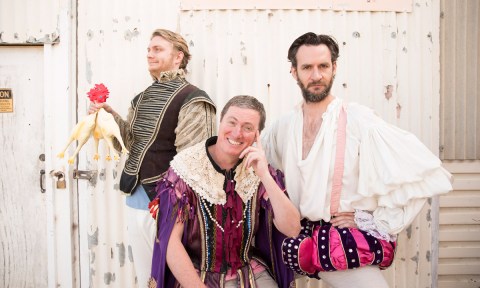 TV music trivia show RocKwiz is on the road again, with a live show at the Thebarton Theatre on Saturday night. Hosted by Julia Zemiro and “rock brain” Brian Nankervis, and featuring the RocKwiz Orchestra, the event promises a line-up of both Australian music legends and contemporary artists. Four contestants will also be selected from the audience to show off their music knowledge on the trivia teams.

Stand-up comedian and TV personality Lawrence Mooney is presenting his new show Surely Not for one night only in Adelaide at the Dunstan Playhouse on Saturday. Surely Not, which was named best show at this year’s Sydney Comedy Festival, is described as “a storm of ripping stand-up” which follows Lawrence and his brothers on a road trip across the United Kingdom after the death of their favourite uncle.

Conductor Brett Dean will lead this ASO concert, which features young British pianist Benjamin Grosvenor performing Mozart’s Piano Concerto No 20. The program also includes Dean’s own composition Testament, a musical tribute to Beethoven’s Heiligenstadt, and will conclude with Beethoven’s Symphony No 3 Eroica. There are performances at the Adelaide Town Hall tonight (Friday) and Saturday night.

Following his performances with the ASO, pianist Benjamin Grosvenor will perform an intimate program featuring Mendelssohn, Chopin, Ravel and Liszt for Recitals Australia at 3.30pm on Sunday in Elder Hall. Former ABC Classic announcer Julia Lester will moderate a Q&A session with him immediately after the performance. 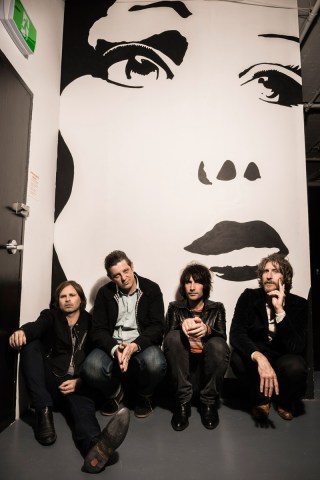 You Am I and Ash Grunwald – The Gov

Australian rock music stalwarts You Am I bring their Bargain Bin Bon Vivants tour to The Governor Hindmarsh tonight (Friday), coinciding with the release of their 10th studio album Porridge & Hotsauce. Doors open at 7.30pm, with the show being opened by The Delta Riggs and tickets still available last time we looked. On Sunday night, The Gov will be hosting a gig by singer-songwriter Ash Grunwald.

This new boutique beer and sparkling laneway event in the East End on Saturday will showcase more than 50 local craft beers, South Australian sparklings and a selection of international champagnes with tastings, street food and entertainment between 1pm and 6pm. Tickets are $35 per person. Bookings can be made here.

A delegation of opal miners, dignitaries and other local characters from Coober Pedy are visiting Adelaide for a family day at the SA Museum on Saturday. To highlight the museum’s current exhibition of opals, they will set up displays on the lawns, tell stories and give children the chance to create their own fossil casts. Visitors can also bring in their own opal treasures to be evaluated. Activities, including tours of the Opals exhibition, will run from 11am until 4pm.

Suffragette, the new film about the fight for women’s voting rights starring Carey Mulligan, Helena Bonham Carter and Meryl Streep, is one of the highlights of the British Film Festival program at Palace Nova Eastend Cinemas. Other films include the romantic comedy How to Make Love to an Englishman, starring Pierce Brosnan and Salma Hayek, and The Program, director Stephen Frears’ biopic of cyclist Lance Armstrong. The festival continues until November 18, with the full program online.

The Japanese Film Festival at the Mercury Cinema is presenting an eclectic line-up of films, including Bakuman, a comedy about two teens with dreams to make it big in the world of manga; multi-award winning anime title Miss Hokusai, and indie romance 100 Yen Love.

Eurydice, by Sarah Ruhl, presents a new perspective on the Greek myth Orpheus and the Underworld, with the role of the protagonist given to the female character. It is the first of a trilogy of works exploring feminine sexuality which Adelaide’s Foul Play theatre company will be presenting over the next three years. Eurydice is at Plant One in Bowden until November 7. Read InDaily’s review here. 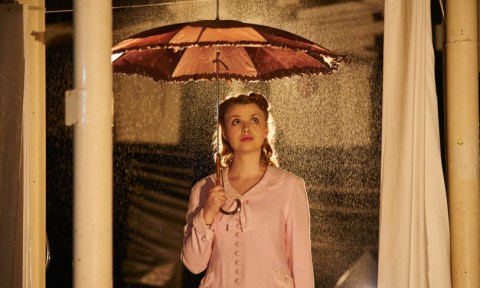 Experience the music, dance, feasting and craft of Vanuatu and an exhibition of Kastom Way/Niu Way Arikitektur at the Published Arthouse from midday until 5pm this Sunday help raise funds to establish village water supplies and to aid community economic activity after the devastation of Cyclone Pam. You’ll find more information here.

This event will see mini busking stages placed around the Adelaide CBD – in Rundle Mall, North Terrace and Rymill Park – from Friday until Sunday. It’s intended to encourage more people to see live music, as well as challenging artists and venues to “try something new”. Splash Adelaide has details of exact stage locations.

As well as offering more than 80 vegan food stalls and entertainment, this event aims to raise awareness of the environmental and health benefits associated with the vegan lifestyle. The Vegan Festival will run on Saturday from 10am to 8pm in Victoria Square.

Hills Musical Company is describing its latest show as “Adelaide’s musical answer to The Bachelor or Sex and the City”. Based on a book by George Furth with music and lyrics by Stephen Sondheim, Company is a comedy about bachelor Robert, who finds himself contemplating his unmarried state while surrounded by friends on the night of his 35th birthday. It opens tonight at Stirling Community Centre, with performances continuing until November 15.

Tarnanthi Festival of Contemporary Aboriginal and Torres Strait Islander Art exhibitions continuing in the city include displays at the Art Gallery of SA, the Archie Moore: Les Eaux d’Amoore perfume portraits at the Samstag Museum of Art, Tarnanthi Textiles at Tandanya, Shimmer at the Jam Factory, the Desart Photography Prize at the State Library, Near Horizons at the Migration Museum, and Nganmarra – the Container of Life at the Santos Museum of Economic Botany. Details of all exhibitions can be found here.