Before the overture, Carl Oberle’s set – a grand room with columns, arches and latticed windows – establishes that the audience is about to experience an evening of quality and interest.

Mozart’s overture contains all the light and shade of Don Giovanni’s sexual conquests, violence and ultimate downfall, and during it we have a taste of the beautiful music that is to come.

State Opera provides a vehicle for local talent and it is gratifying to see Grant Doyle playing Giovanni with such style and complete command of the stage. Doyle has a magnificent baritone voice and he is the living proof that opera singers can act convincingly while also singing beautifully.

When we first see Don Giovanni, he is dressed Zorro-like in black: he is masked, in leather shorts, sporting knee-high boots and rapidly scaling down a ladder from Donna Anna’s bedroom.  As the classic Don Juan, there is some ambiguity as to whether his sexual conquests have been consensual and he certainly makes promises he has no intention of keeping. There is no doubt that he charms the ladies and they succumb to his good looks, buff physique and smooth tongue.

Grant Doyle presents the charm and the attractive aspects of his character but, equally, allows his egocentric and violent manner to be apparent.

Douglas McNicol, who also possesses a tremendous voice, plays Leporello, Don Giovanni’s servant. He finds the comedy as his master’s companion, makes insightful comments on his master’s behaviour and conveys the humiliation Leporello feels when Giovanni belittles him.

The Adelaide Symphony Orchestra sounds superb under the baton of conductor Graham Abbott, and revels in the joyous, playful tunes through to the ominous and foreboding chords of damnation. 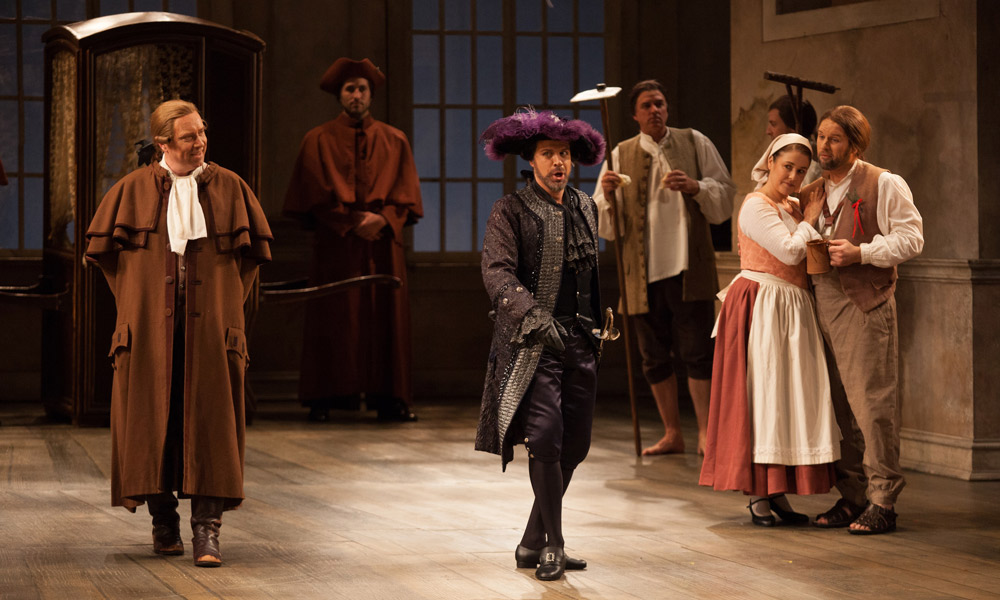 Doyle and McNicol are supported by a splendid cast. As Donna Anna, Sharon Prero establishes the slighted and abused woman and she powerfully sings for vengeance. Steven Gallop, as the Commendatore, is killed in the opening scene by Don Giovanni, but then appears most impressively as the statue in the final scenes when he has his revenge.

Teresa La Rocca is outstanding as Donna Elvira, who has the temper of a woman wronged but remains attracted to Don Giovanni regardless of his villainy. Virgilio Marino is Don Ottavio, the poor chap who has to wait a considerable time for Donna Anna to recover from her ordeal and grief; Mozart’s music for Ottavio is terrific when he sings of revenge.

Gisele Blanchard has our pity as Zerlina, the peasant woman who also succumbs to Don Giovanni’s advances. There is much more to Mozart’s opera than depicting Don Giovanni as a lovable rogue: he is seen for what he is – a liar, deceiver, rapist, murderer and arrogant man of privilege.

Lighting designer Nigel Levings creates beautiful moods and atmospheres with some very intelligent colour and patterns, and the finale is a visual masterpiece complementing Mozart’s climactic orchestration. The chorus, supernumeraries and even some members of the ASO who make it on stage contribute significantly to the look and sound of the production.

State Opera’s Don Giovanni is a production that has everything: moments of great beauty, magnificent music and outstanding performances by an impressive ensemble. 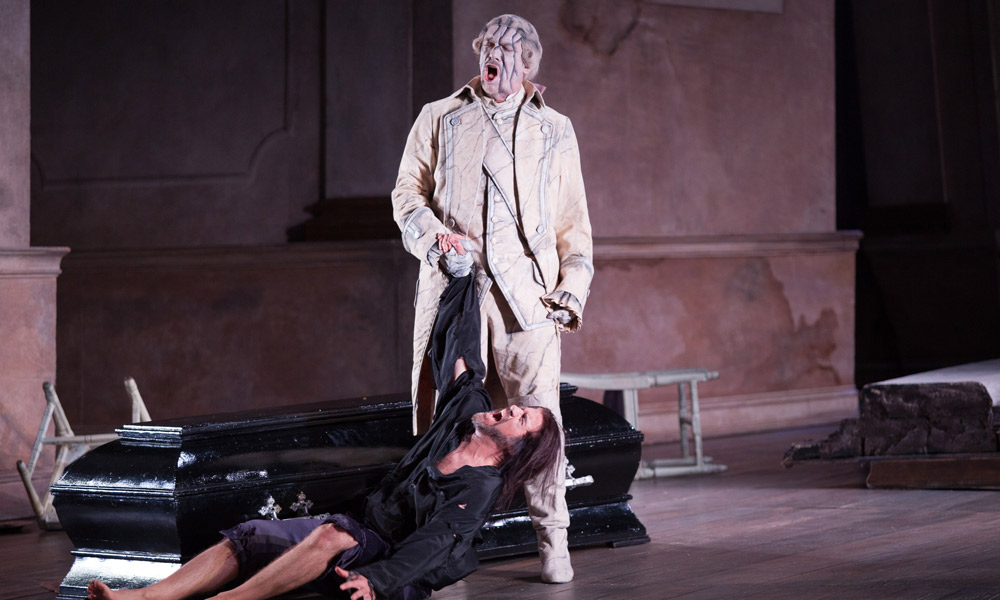 The State Opera of South Australia is presenting Don Giovanni at the Festival Theatre until May 30.