Hundreds of South Australians will come out to cosplay when Oz Comic Con hits town this weekend with guest stars including the actor who played Freddy Krueger (A Nightmare on Elm Street) and others from shows such as Game of Thrones and Buffy the Vampire Slayer.

Cosplay, or costume play, is a pop-culture phenomenon which sees fans dressing as their favourite characters from comic books, TV shows and movies.

Adelaide cosplayer Justine Gaudreau-Fewster, who will take on the character of Johanna Mason from The Hunger Games for Oz Comic Con at the Adelaide Showgrounds, explains how she got involved in the phenomenon – and why the comic convention isn’t just for geeks.

Why do you cosplay?

I cosplay because it’s the perfect way for me to show my love for a character and a franchise. Not only do I read the comics and watch the movies and the TV shows, but I love the characters so much that I want that chance to be them for the day. A cosplay can really be a love letter to a series or character.

How and when did you get involved with cosplaying?

I’ve been in theatre and music for most of my life and have always had a love of costumes and dressing up. My favourite holiday is Halloween and I used to manage a costume shop when I lived in Canada.

I knew about cosplay as a concept and when the first comic convention came to Adelaide in 2011, I figured I’d get dressed up, too. I was immediately drawn in and I’ve never looked back. 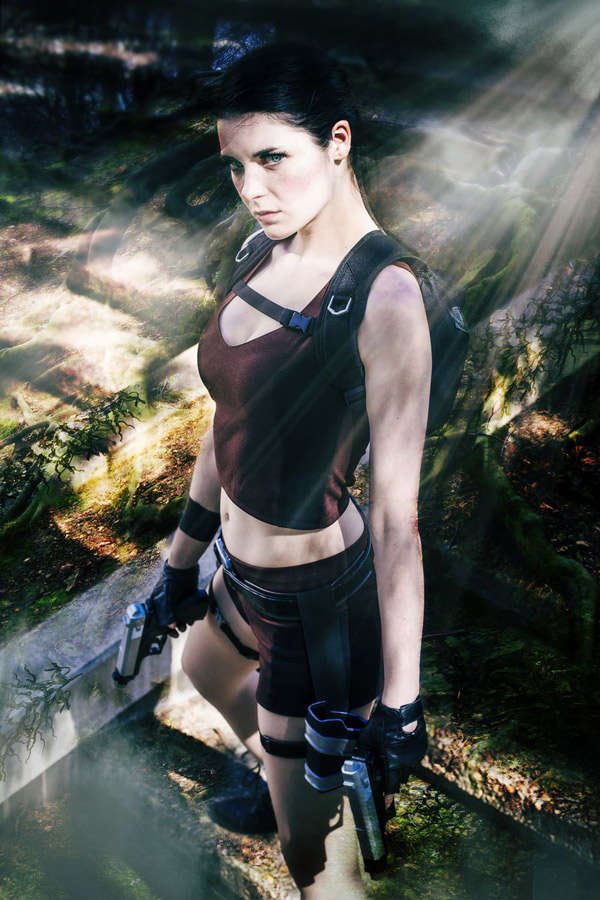 How much time do you spend on average making your costumes?

Too long! It quite often takes longer than I anticipate, but usually a few months. Armour takes longer and produces more tears for me, so I don’t do it very often. For a convention, I like working on two costumes at a time because it means I can take a break from one and work on the other so I don’t get burnt out on just one aspect.

Are there any main characters/brands you focus on with your cosplay choices?

I seem to have superheroes and wrestlers as my main focus. I like badass women and I’m lucky that a lot of what I watch and read gives me those characters to love.

I’ve got some comic characters, some movie characters and some TV characters. I have an obsession with [Marvel heroine] Black Widow, so I’ve done both her comic and movie version, and I have two (soon-to-be three) different versions of [DC Comics superhero] Zatanna.

What do you expect from this weekend’s Oz Comic Con in Adelaide?

I’m expecting a lot of fun, some incredible cosplay and great vendors. The guest line-up is really fantastic and I think I’m going to have to plan my day to get to them all. The Cosplay Championship on Sunday is going to be out of this world and a must-see.

I don’t think Oz Comic Con is just for the hardcore. Everyone’s a geek about something – comics, sci-fi, movies, sports, music – and I think it’s amazing when you can get together with people who share your interests and have a good time.

My parents came with me two years ago, despite not being what you would consider “geeky”. They loved the atmosphere of fun, seeing all the costumes, the stalls and guests. Oz Comic Con is for everyone.

Do you think that the stereotype of geeks (as single basement-dwelling nerds) is changing with events like Oz Comic Con?

I do, definitely. I think conventions give people a chance to check out something they might have heard of in a non-threatening environment, which means you get every different type of person, from the hardcore to the casually interested.

With cosplay growing in popularity, it’s drawing in new fans, especially young women, who might not consider themselves geeks but wouldn’t miss a convention either.

Oz Comic Con will be at the Adelaide Showgrounds on Saturday and Sunday.