Tonight’s opening of Trent Parke’s epic exhibition The Black Rose marks the culmination of an intense journey during which the Adelaide photographer shot and processed around 1000 rolls of film a year over seven years.

Standing in the Art Gallery of South Australia this week watching the hundreds of photos and moving-image works come through the doors was a surreal experience for Parke, who has practically lived and breathed what he describes as the most ambitious project of his career.

“It’s a blur now, I have to say … it seems like I’ve been counting down the days [to the exhibition] for well over a couple of years now.

“It’s been a long journey and an incredibly intense journey.

“Every experience I’ve had has been part of making this work; every dream, every person knocking at the door … it’s been all-encompassing.”

The catalyst for The Black Rose, part of the 2015 Adelaide Festival program, was a traumatic event that occurred when Parke was aged just 12.

The young Trent was with his mother at the family’s Newcastle home when she suffered an asthma attack and died. He was the only witness to her sudden death and was so devastated that he could not even attend her funeral.

“She was there one minute and gone the next,” he says.

“And since that moment on, I have always questioned everything in life. I use the camera to solve problems and look for answers to the things I’m curious about.

“I blocked everything out and raced along through space and time, filling myself with things to do … it was the event that changed my life forever.” 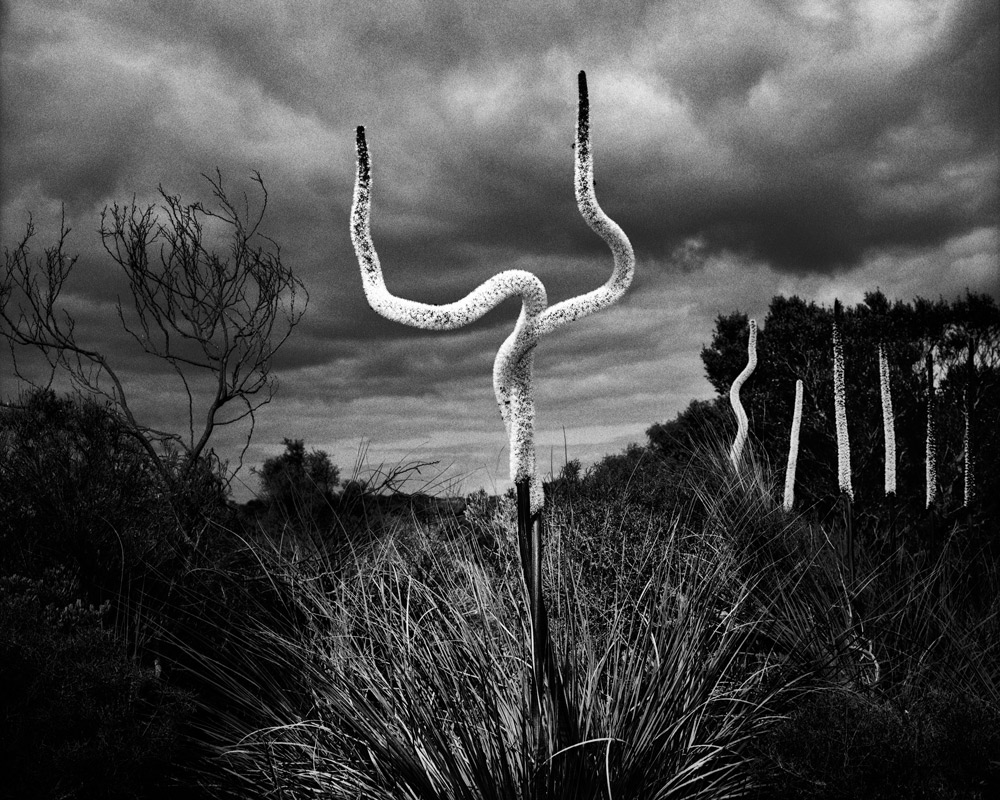 He was determined never to think about the traumatic event again, sidestepping discussion of it for 27 years. Parke says he also blanked out memories of the first 12 years of his life “and much more”.

The Black Rose – which explores themes such as birth, death, pain, loss and memory – is his quest to reclaim those lost years. It comprises hundreds of largely black-and-white photographs, animations, moving-image works, text and handmade books. His subjects come from everyday life and nature, and seem to have a mystical quality about them.

Many of the photos in The Black Rose were taken in Adelaide, but there are also a lot of images from his road trips around Australia and his childhood home in Newcastle. Parke prefers to work with film, and he and photographer wife Narelle Autio processed every roll of film he shot while working towards the exhibition: “It’s my thinking time … it’s part of the process”.

Art Gallery of South Australia director Nick Mitzevich describes it as a powerful exhibition in which Parke “pursues the bigger meaning of life, and in doing so, challenges us to reflect on our own lives”.

“The myriad of animals, birds, insects and landscapes we encounter remind us that in the world of Trent Parke, nothing is ordinary or insignificant,” Mitzevich says. 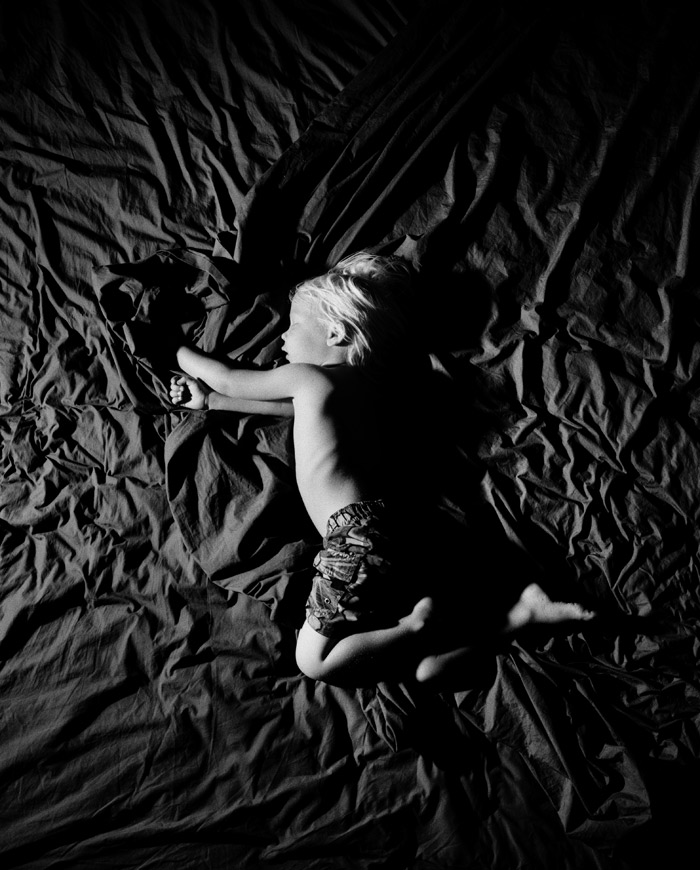 The photographer, the only Australian member of the prestigious Magnum Photo Agency, is fond of symbolism, and warns that things are rarely what they might seem in his photographs.

“I don’t shoot a beautiful landscape for the sake of that; it has to have some emotional connection to a story I’ve written or an experience I’ve had.”

The black rose that gives the exhibition its title is itself symbolic and was a stimulus for Parke’s seven-year odyssey.

He says he and his family were on a road trip in Victoria when he spotted an unusual plant “twisting up in a white pot” outside the motel where they were staying. A stranger came up behind him and explained that it was the black rose, suggesting he should take home a cutting. He did as suggested and later looked up the meaning of the black rose, discovering it was said to represent the end of a journey, death, black magic, and the search for absolute perfection.

It seemed like a kind of portent: “It fit perfectly with what I was doing.”

Moving to Adelaide with Autio and their two sons also encouraged him to become more reflective. It was a dramatic change of pace after his frenetic life and career in Sydney.

“We came to Adelaide and we sort of stopped in this little cul de sac right by the beach. It was very quiet, there was almost nothing happening, and it was a moment to stop and reflect on things, on your life.” 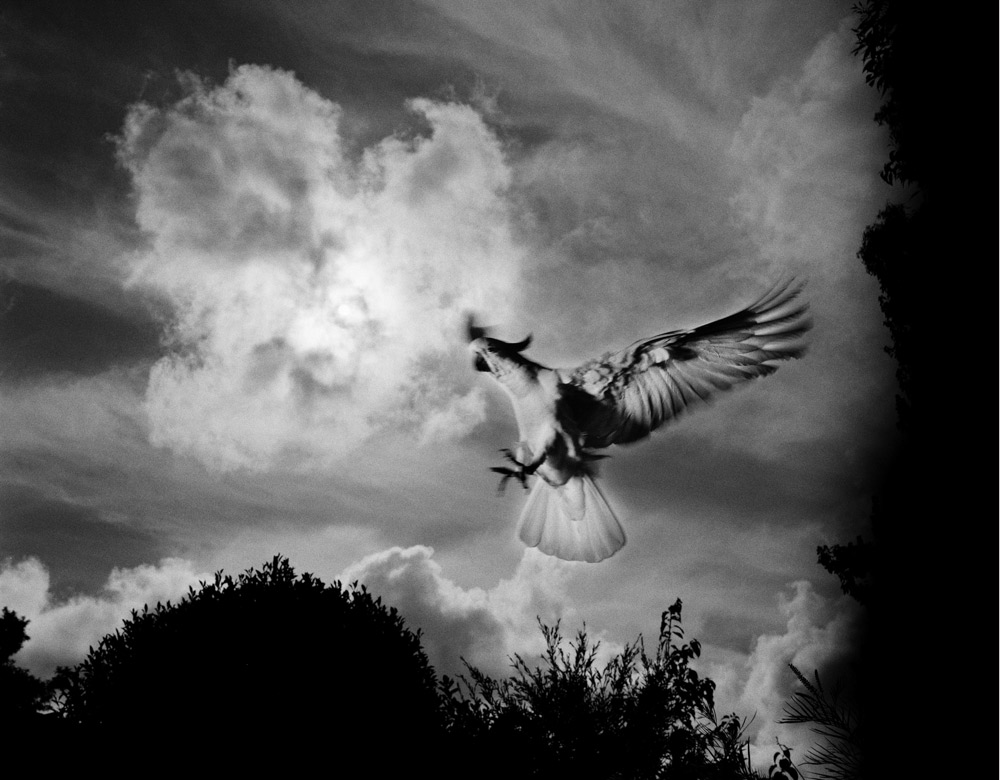 The text accompanying the imagery started out as email stories about his home and life which he shared with other Magnum photographers; inevitably that also led to him thinking back to his own childhood and those memories he had supressed.

The BIack Rose project encouraged Parke and his siblings to open up about the night his mother died and events that followed.

“We’ve spoken about things they we have never talked about before … my brothers can talk about things as if it happened yesterday and I have no memory of it.

“I’m really interested in the subconscious and memory and how those things can suddenly re-surface, especially through photographs.”

Parke says he set out to try to create a film in photographs, with the works in each gallery space connecting back to the central theme. But he really wants people to walk through the exhibition and discover things for themselves.

“If they look a bit deeper and really delve into the exhibition, they can find something else.” 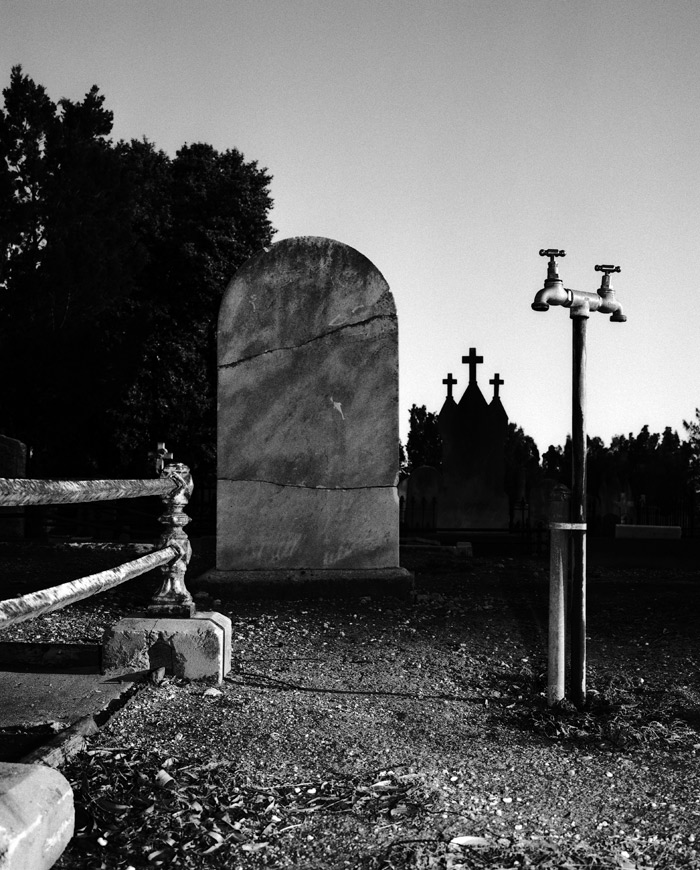 Trent Parke: The Black Rose is a free exhibition which opens to the public tomorrow as part of the 2015 Adelaide Festival and will continue until May 10 in galleries 22-25. It will be accompanied by a program of talks and tours (details here), as well as a Departure after-dark event on May 8.