From confronting tales of war to the frivolity of Rocky Horror, from the aural charms of the cello to the delectable delights of the Adelaide Food and Wine Festival – an eclectic line-up of entertainment is on offer this weekend.

A timely production as Australia marks the centenary of the beginning of World War I, The Long Way Home highlights the experiences of servicemen and women who have served overseas in places such as Iraq, Afghanistan and East Timor. It was co-produced by the Sydney Theatre Company and the Australian Defence Force, and draws on first-hand accounts of Diggers, who also perform in the play. The resulting production gives “physically and psychologically damaged soldiers a thoroughly human face”, says InDaily’s reviewer. The Long Way Home is at the Dunstan Playhouse until April 5.

This independent food fest opens today, with a range of tasty treats over the weekend including Saturday’s Market Feast at the Adelaide Central Market, featuring food by Duncan Welgemoed and The Happy Motel plus wine, music and dancing. The EastEndWineDown on Vardon Avenue on Sunday afternoon will showcase SA wine and food in a relaxed setting complete with DJ music, while chef Jimmy Shu from Hanuman restaurant has teamed up with the Market Shed on Holland for a culinary demo on Sunday morning. The full program is online.

Coming under the umbrella of the Adelaide Food and Wine Festival, today’s Fork on the Road in Light Square (Friday, 4pm-10pm) will feature a wide range of mobile food vendors, including newbies Coffee & Crepes, the Gourmet Donut Van, Mamachau, Coffee Cow and A Little Bit of Everything. Organisers also promise a larger-than-usual selection of beverages, plus kids’ activities and a disco floor set-up with DJ sets.

Get your walking shoes on this Sunday and head to Rymill Park for the Walking Expo, which will offer a series of “guided discovery walks”, including a one-hour trek around the Botanic Gardens, an “Historical Adelaide” walk, an East End ramble, and a tour of inner-city public art. Outdoor stores will have stalls at the expo showcasing walking gear, and local walking clubs and tour operators will also be available to provide information. The event runs from 10am until 3pm, with the program of walks available online. 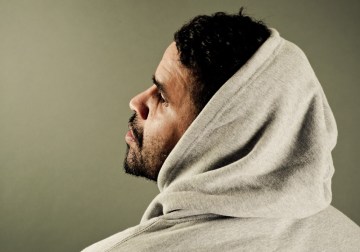 Indigenous hip-hop artist Jimblah (pictured) will be playing a gig on Saturday night at the Pirie Street Social Club to launch his new album, Phoenix, which as been shortlisted for the Australian Music Prize. The Adelaide musician has been kicking goals ever since he was named the inaugural Hilltop Hoods Initiative winner, touring extensively, playing with the likes of Archie Roach at Melbourne’s Apology Concert, and recording a cover with Paul Kelly of Hunters & Collectors’ “True Tears of Joy”.  He will be joined at Saturday’s 18+ gig by guests K-21 and Nooky.

Despite controversy over some of the cultural material in this touring songline exhibition at the South Australian Museum, it has won court approval to go ahead in its entirety. Ngintaka is described as a multi-layered exhibition featuring paintings by leading APY lands artists, as well as song, story, dance, painting, carving, basketry sculpture, audio and a 360-degree film installation. A group of Aboriginal elders had been granted temporary injunctions stopping some of the audio-visual content being shown because of concerns it contained sacred knowledge, but this was lifted on Thursday by the Supreme Court, which found the exhibition had widespread support from other APY lands elders. Ngintaka is showing on the ground floor of the SA Museum until June 22.

This is your last chance to see these “multi-sensory installations” by Indigenous artists at Tandanya National Aboriginal Cultural Institute.  “Each ‘room environment’ draws on a range of media such as video, objects, sound and lighting, challenging audiences to look at Aboriginality and the practices of Aboriginal people as ever-changing, experimental and highly contemporary,” say the exhibition notes. Four Rooms finishes on April 6.

More than 150 art and design works by senior secondary school students – including paintings, photos, sculptures and architectural designs – are currently on show at the Light Square Gallery. The SACE Art Show runs until April 30, and there will be a special “Meet the Artist” event from 2pm until 5pm on Saturday (April 5), where some of the young artists will be present to speak to visitors about the development of their art and design pieces.

Hello My Name Is

This interactive theatre experience at Port Adelaide’s Waterside is described as a “performance about getting to know yourself and strangers”. Winner of the Best Experimental Theatre Performance award at the 2012 Melbourne Fringe, the production is set in a community centre with the audience as workshop participants. “Think workshop. Think interaction. Think laughter,” says InDaily’s reviewer. Presented by Vitalstatistix, it’s on until April 6.

The Norwood-based Independent Theatre is opening its 2014 season with a production of Bernard Shaw’s comedy Caesar and Cleopatra, about Julius Caesar’s attempts to educate Egypt’s 16-year-old queen in the politics of power. The theatre company, which this year celebrates its 30th year, says the work fits with its one of its original charter goals of bringing neglected classics to Adelaide audiences. Caesar and Cleopatra will play at Norwood’s Odeon Theatre until April 12.