Annie Hauxwell burst onto the crime fiction scene with a fabulous flawed detective – a heroine on heroin – with her debut novel In Her Blood. Her razor sharp sophomore story, A Bitter Taste, is a vivid and compelling narrative on London’s underbelly, squalor, and the misery and corruption surrounding the capital’s drug scene.

In a period when books about criminal activity just about always customarily devolve into formulaic affairs, Hauwell’s second “Catherine Berlin” outing stands out as an often-surprising, multi-layered triumph. 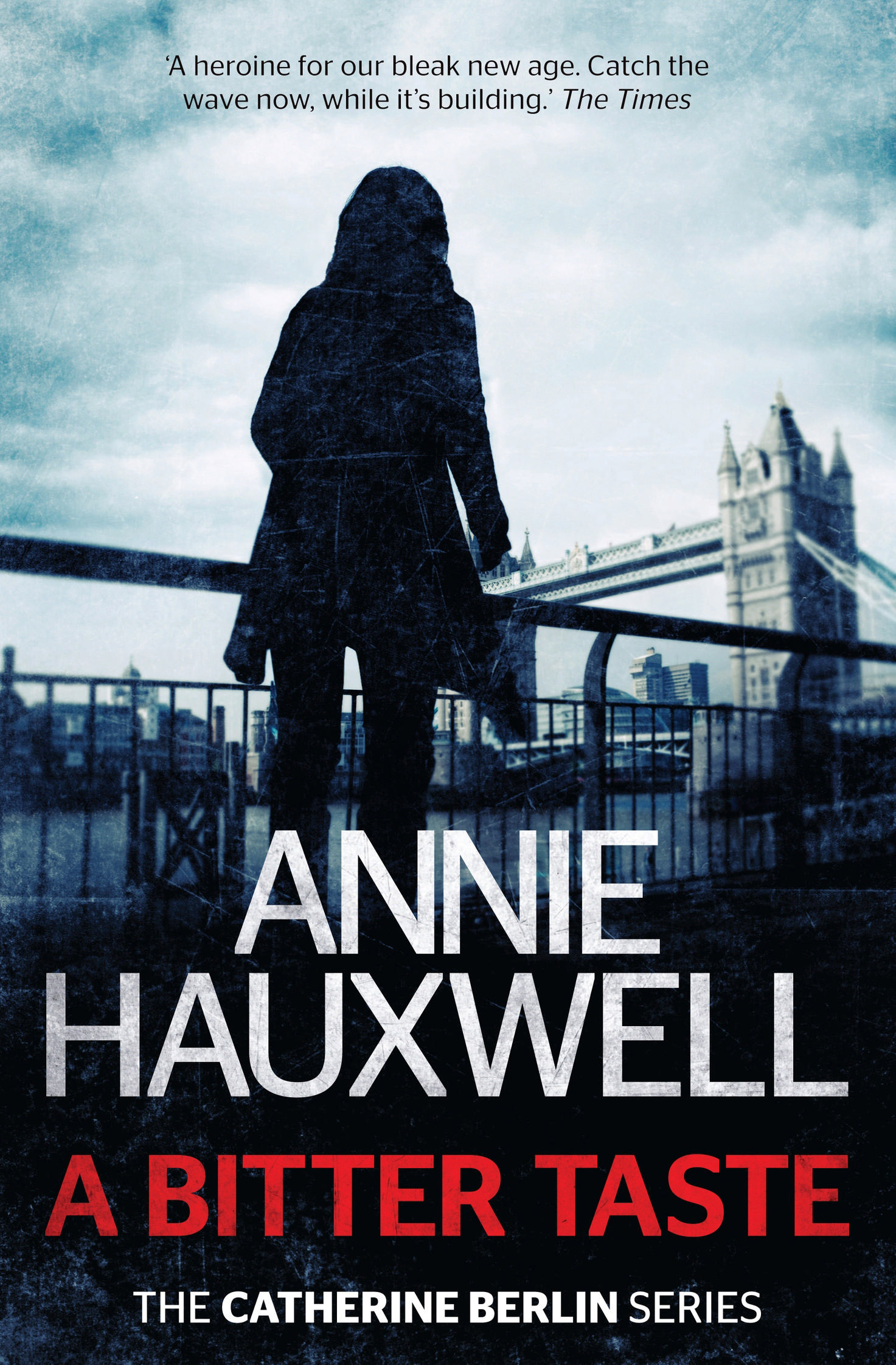 A gripping thriller, intimate personal tragedy, and fascinating crime saga all in one package, the real drama spurts from every character’s stymied endeavor to rise above his or her own rotten lot in life.

No one comes out looking good in this hard-hitting, intense and lurid yet sensitive exploration of the seedy and repellent life so far on the edge it’s looking into the abyss.

London is sweltering under a stifling heatwave and Catherine Berlin is struggling with her addiction. She has been reduced to investigating matrimonial cheating cases and to getting paid in groceries and alcohol.

When an old friend requests her assistance, Berlin, doesn’t want to help; but she can’t refuse looking for a missing 10-year-old girl.

Soon the heat increases when Berlin finds herself, without methadone, hounded by corrupt coppers, and the prime suspect in a murder inquiry.

Expertly crafted, with a tremendous build-up of tension and a satisfying ending, A Bitter Taste is a terrific novel that never relaxes its powerful grip.

A Bitter Taste, by Annie Hauxwell is published by Penguin, $29.99 (hardback).