The Rosevale Lentils team added another layer to local when COVID-19 restrictions impacted its packing supply lines in Adelaide.

When the food business’s city packaging partner Bedford Industries reduced its workforce and struggled to meet orders, the team on Yorke Peninsula began packing its own lentil products on site.

“When COVID-19 slowed things down, Bedford Industries were just finishing an order for us which was fantastic, then things started to change and they had only 50 per cent of their staff working,” Rosevale’s Anna Phasey said.

“We got put on the backburner but we had enough stock to manage orders and with the plain bulk lentils I can package them myself.”

The South Australian-owned lentil company is a growing success story after Anna and Nathan Phasey joined forces with fellow farmers Marty and Anne Collins from Rosevale Properties near Yorketown, to value add to their lentil crops.

It was late 2017 and, at the time, red lentils grown on the Rosevale farms were all being exported.

“I was having a coffee with Marty after talking to him about contributing to a school cookbook around lentils and we got chatting about keeping more lentils here in Australia,” Phasey said. 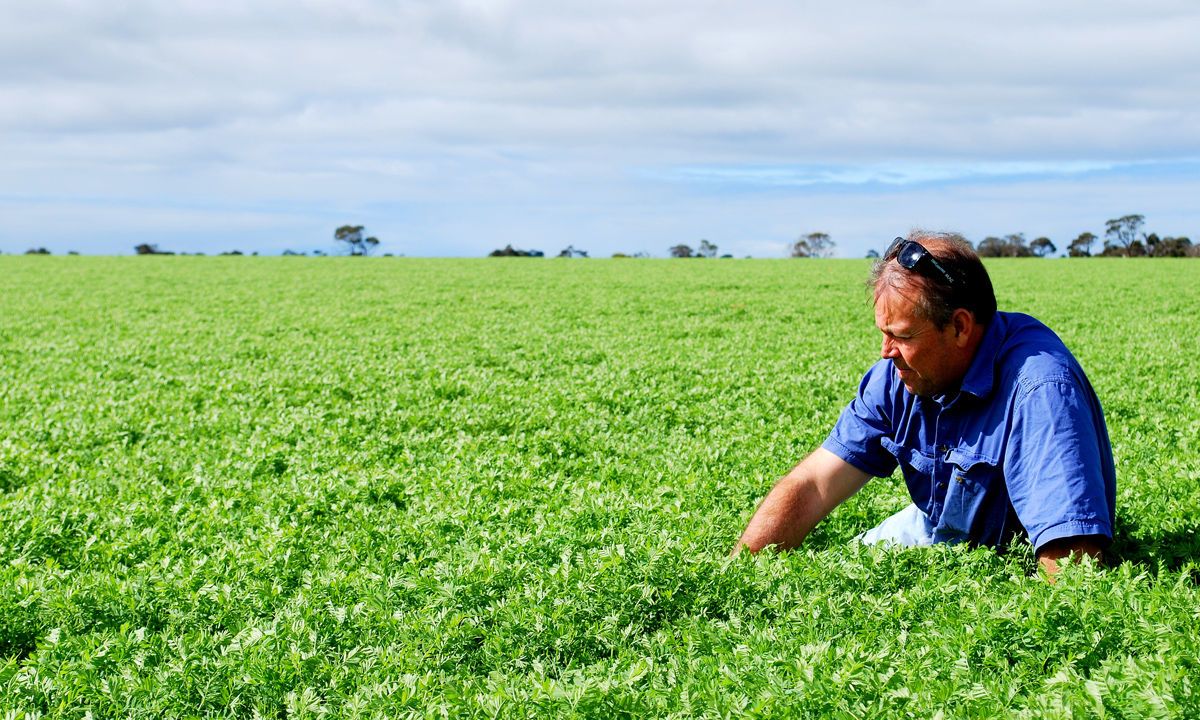 The idea stuck and before long the first gluten-free lentils packs were ready to sell from market stalls across the state.

They caught the eye of Yorke Peninsula food stores and they too began selling the product.

Since then the lentil line has grown to nine including curry meal kits, protein ball and lentil brownie kits, with an online sales website established and a deal to supply Chapley-owned Foodland supermarkets in Adelaide emerging in late 2018.

Demand has continued to grow and during COVID-19 larger bulk lentil products have particularly been in demand at the supermarkets in Pasadena and Frewville, Phasey said.

At the farm, lentils are reaped during October and November with machinery that has been carefully cleaned after harvesting other grain crops.

The lentils are then kept in a separate storage silo before they are cleaned. Phasey said the lentils were also regularly tested by SA Pathology to ensure they continued to meet strict gluten-free guidelines.

The primary crop used in the Rosevale venture is red lentils but the business has planted its second season of Black Belugas, and this year is also growing French Puy lentils that are a dappled green colour.

All lentils can be traced back to where they are grown with the business maintaining a strong philosophy around paddock to plate.

“You can trace where it was grown and can trace the lentils right back to the paddock where they were reaped.

“A lot of people love buying a South Australian product where they can ring and talk to the person who has watched over it growing in the paddock.”

Phasey said it had been a welcome venture for the two families, her husband Nathan was already working as the manager of the Rosevale Properties owned by Marty and Anne Collins, along with their children Henry, Grace, Toby and Darcy, when the project was started.

The Phaseys also farm their own land near Warooka where they grow wheat, barley and run some sheep.

“After that first chat I latched onto the idea and thought about different branding and what we could call it or what we could do and it has become its own little beast and it’s been really good fun,” Phasey said.