Frustrated at the decision by Australian Community Media to suspend publication of the town’s 145-year-old newspaper, former Naracoorte resident Michael Waite stepped in with a bold new start-up.

From idea to print in just three weeks, Michael and a small team worked around the clock to produce the first weekly edition of The Naracoorte Community News.

The first issue went on sale in the first week of May, selling out its print run of 1,700 copies within 36 hours.

The issue sold for $2 a copy, compared with the $1.75 charged for the Naracoorte Herald.

As to why he made the decision to launch a country newspaper in the midst of a pandemic, Michael acknowledges it’s a personal mission.

“A town the size of Naracoorte does not deserve to be without a newspaper,” he said, simply.

“It’s part of the fabric of a community, like the hospital or police station.

“I grew up with the Naracoorte Herald. My mum Sue sold advertising and then managed it for thirty-five years.

“Australian Community Media walked away from our community with this paper and it struck me that I should see what I could do.”

Michael’s foray into regional publishing came out of the blue.

Based in the United States for the last 20 years, he managed finance and accounting departments for global companies, with four years at Microsoft founder Bill Gates’ private investment company.

In 2016, he ran a 10-month campaign for Washington State Treasurer.

However, five months into a planned 18-month sabbatical around the world with his wife and three children, circumstance intervened.

Then came a global pandemic and ban on international travel and the family’s plans were brought to an abrupt halt.

Amid a sharp economic downturn, media organisations were among those severely impacted.

Australian Community Media, which publishes more than 160 newspapers across the country, suspended operations at many of its regional sites until the end of the financial year, laying off hundreds of staff.

The 145-year-old Naracoorte Herald, which continued printing through two world wars and the 1918 Spanish Flu pandemic, was one of those affected.

Enter a determined Michael Waites, who is disarmingly upfront about his newspaper experience.

“I have none,” he said, with a chuckle. “Apart from running my high school magazine.”

“I was very sceptical to be underwriting a newspaper in 2020 but every step is a milestone.” 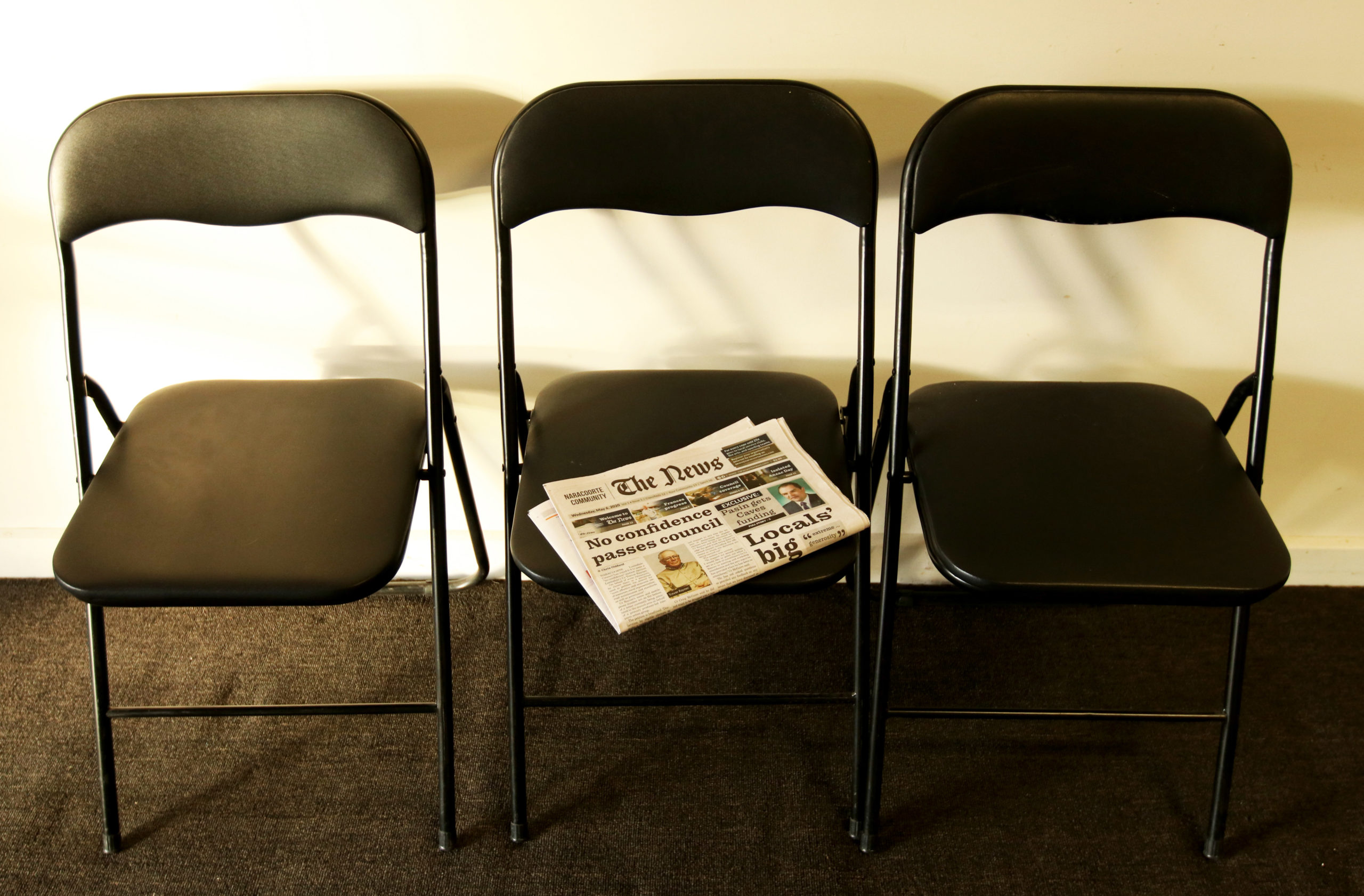 For the paper to stand the test of time, Michael says community has to be at the core of its value system.

“The publication has to serve the community and they are wanting an independent news source, something focused locally, built locally, and printed locally and that’s what we’re going to provide,” he said.

“My objective is to stand it up and make it sustainable. We’ll take it day-by-day.”

The News may have a Facebook page but those who expect free online news will be disappointed.

“Social media doesn’t provide a depth or comprehensiveness in one spot to aggregate the community’s movement, mood and challenges,” Michael said.

However, he has flagged a future move to an online subscription service for those who are visually impaired or live some distance away from a distribution point.

With the success of the first edition under their belt, the real work now begins.

A small but dedicated group of core staff will produce the second edition, relying on a wider network of contributors to provide editorial content.

The response from the town of more than 8,000 people to the new publication has been ‘amazing’, Michael said.

“Thankfully, the community has jumped on it and they’ve given us a chance,” he said.

“Even if they like it or hate it, it’s been a passionate response. Even if they’re frustrated with a story angle, when I ask the question if they’d continue reading it, they said ‘absolutely’.”

Ironically, the offices of the newcomer are directly across the road from the now-vacant Naracoorte Herald building.

If the town’s long-running paper were to resume printing, Michael said he would welcome the competition.

“Our hope is that people will be so proud of the content – The News is their paper. Why would they need another one?”