Trevor Pomery their director of marketing took on the additional responsibility for export sales, while the sales director expanded his focus to interstate sales.

Both streams have been a success and Golden North is now available in independent supermarkets across all Australian states and overseas, as well as through the foodservice market. Exporting to China, Malaysia, Cambodia, Papua New Guinea, Solomon Islands and Nauru, Golden North is also in the process of finalising a new deal that will eclipse the current markets.

“Australia is the ‘green food bowl’ for Asia,” Trevor says. “We have a reputation for being a clean, green supplier of food with good food security. Putting ‘Australian Made’ on the products is akin to adding a tick of approval.”

Trevor says most of the export deals have come about as a result of attending trade shows that have been held in Asia.

“Unfortunately, taking samples of ice cream with you when travelling is particularly difficult,” he says. “Even more so when visiting warm countries. I often think to myself how much easier it would be if I could just put a few samples in my carry-on luggage. But, ice cream needs to be kept at between -18C and -20C, so it’s a bit harder than that.”

The product sold to China uses the same recipe as the product consumers buy here. For the Chinese market, Golden North has also launched a green tea flavour, conducting taste tests with first-year Chinese university students living in SA in order to get the right balance. 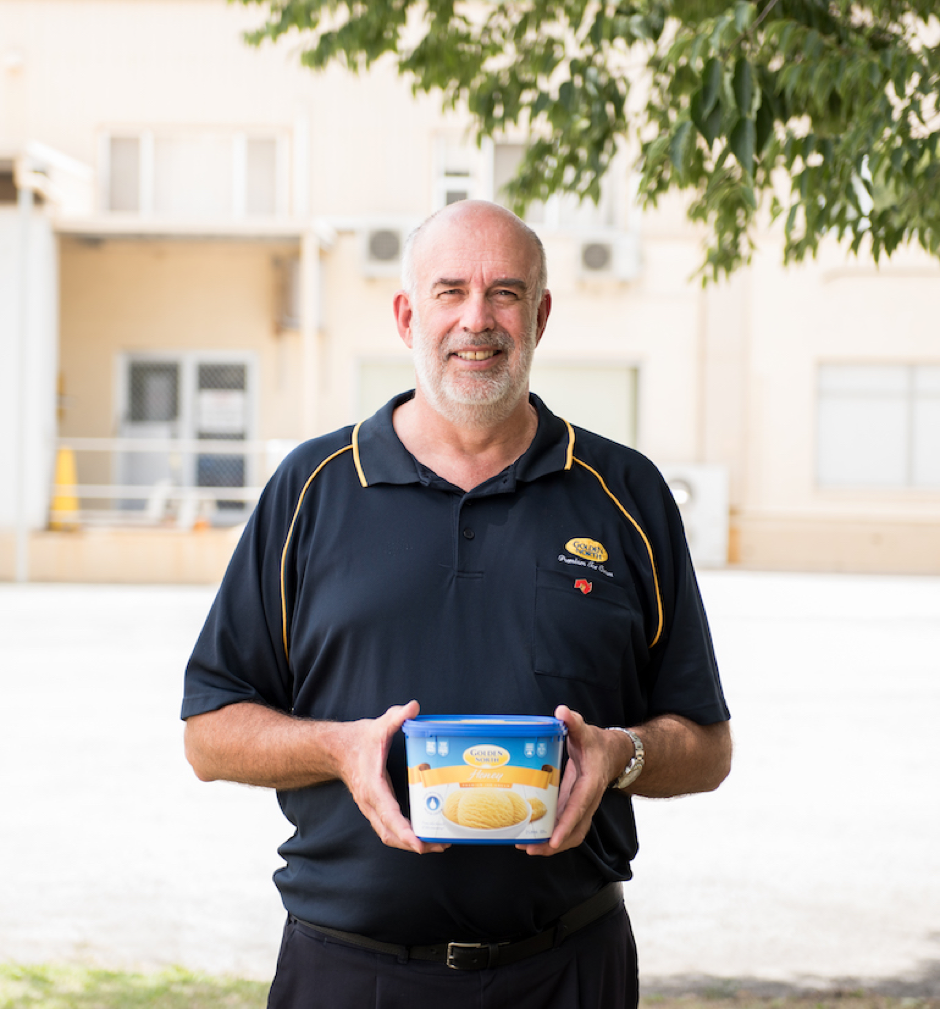 “The most popular line we have for sale in China is the 125ml individual serve vanilla ice cream,” Trevor says. “Food shopping in China is done very differently than how we do it in Australia. Not everyone owns a refrigerator, so often ingredients are purchased on the day a meal is to be made and eaten. It’s not surprising that the individual serves are popular.”

Some historians believe that ice cream was actually invented in China, though it has only become popular there in recent years.

“Ice cream is certainly becoming more and more popular in China,” Trevor says. “Our sales continue to creep up and we are happy with the way our export market has grown slowly and steadily.”

Even with the increase in their market, Golden North is firmly rooted in their hometown of Laura, in the state’s Mid-North.

“Laura is our home – it’s where it all started,” Trevor says.

The company began in 1880 when William Bowker and his family began selling milk and vegetables from their property. Later, in 1923 they began making ice cream there.

“The original homestead is still located on the property where our factory is,” Trevor says. “All our infrastructure is there. All our knowledge is there. Why would we move anywhere else.”

Golden North employs about 60 people at the factory, which in a township of 550 people is a large percentage of the eligible workforce. Many of the employees have been with the company for a long time.

“Our research and development manager, for example, has been with the company for 40 years,” Trevor says. “Our people and their expertise are located in Laura, so that’s where we are staying.” 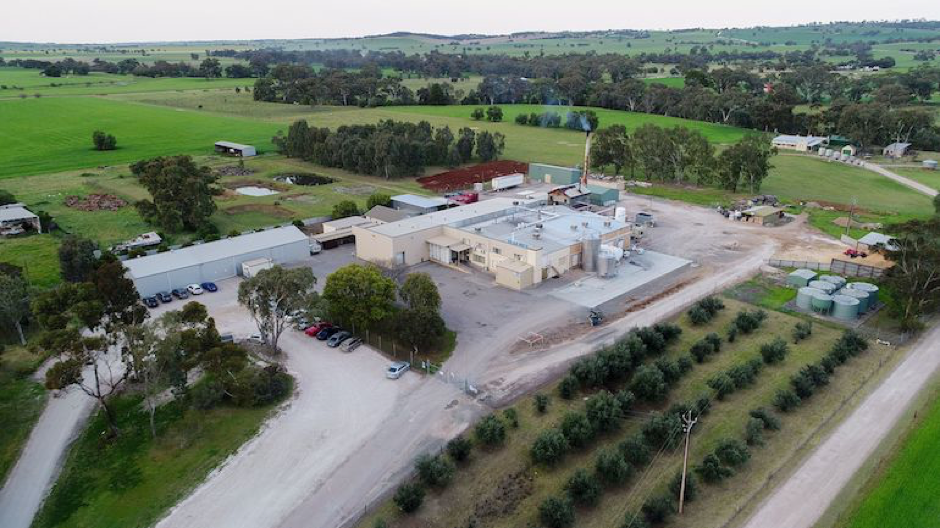 The regional town of Laura has been the home of Golden North since the 1920s.

Recent investments have been made to the factory to improve efficiencies and upgrade equipment such as the churns and freezers. This has allowed Golden North to increase production to cater for future growth.

The raw ingredients used by Golden North are largely supplied by growers in SA’s northern areas, and Trevor says the company consciously supports other local businesses including for transportation, and packaging.

“Operating a national ice cream business out of Laura is challenging and while we encourage South Australians to buy local, we make sure we lead by example,” Trevor says.

Golden North has again been rated Australia’s number one ice cream following an independent customer survey by Canstar Blue. This is the second year in a row Golden North has won the consumer award. 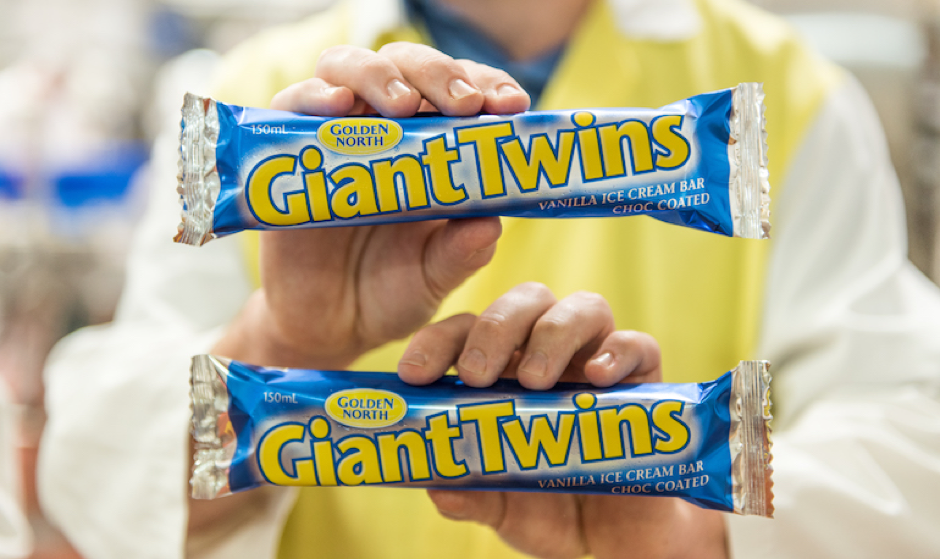 Golden North Giant Twins are among the brand’s most popular products.

“There are lots of ways to make ice cream, but we still believe the best way to do it is with fresh milk and fresh cream,” Trevor says. “Some call it the old-fashioned way, but we think it’s the best way. Importantly, we also don’t use any palm oil in our products (for environmental reasons) and our products are gluten and nut free.”

The simple formula is clearly a winner, and the Golden North taste is one which continues to gain appreciation the world over.