For more than a decade KIPG has endeavoured to provide premium returns for local growers of non-genetically modified grains, oilseeds and pulses that are fully traceable back to individual farms.

While the domestic market is an important part of KIPG’s operations, its export market makes up the majority of its sales.

Recently the company hosted a delegation of Japanese buyers who visited the island for a first-hand insight into the local grain industry and the pristine environment.

“We have high interest from Japan in our non-GM canola, so we’ve been doing business with them for nearly 11 years,” says KIPG CEO Shane Mills.

“Our canola goes to Japan as pure non-GM canola oil and they’ve really embraced the clean, green and pristine environment it comes from.

“That’s the real success story to date for KIPG.” 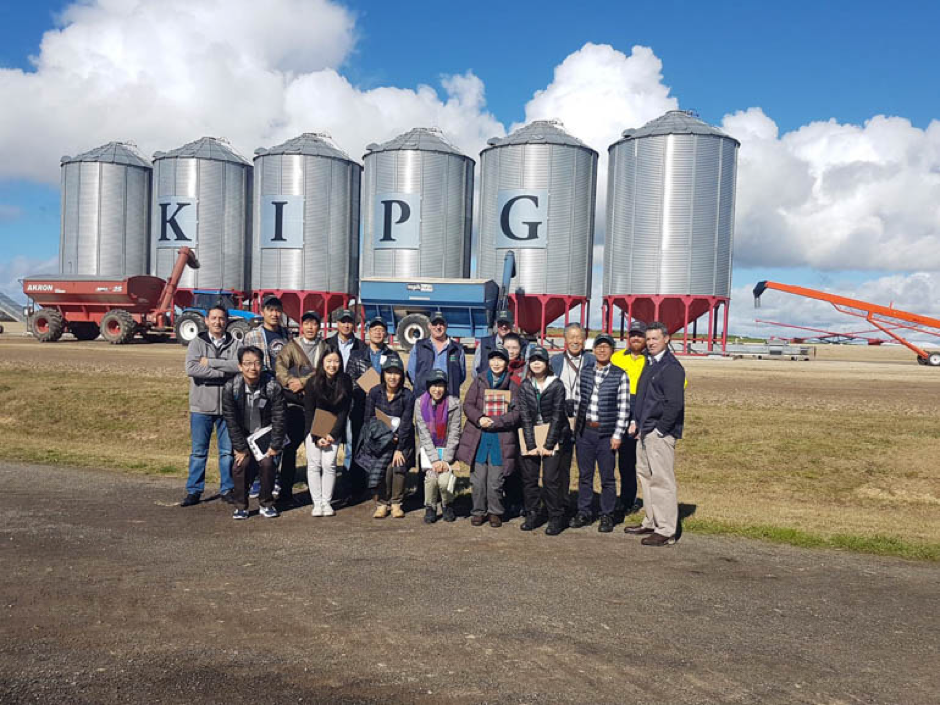 Delegates on their visit to KIPG in 2017. A group also visited the island this September.

The barley is malted at Coopers’ $65 million new malting plant in Adelaide and is also supplied to boutique breweries.

The collaboration has eventually led to the making of the island’s very first whiskey, produced by Kangaroo Island Spirits (KIS).

KIS is preparing to distil the single malt whiskey also with the help of the island’s Drunken Drone Brewery and port barrels sourced from Bay of Shoals Wines. 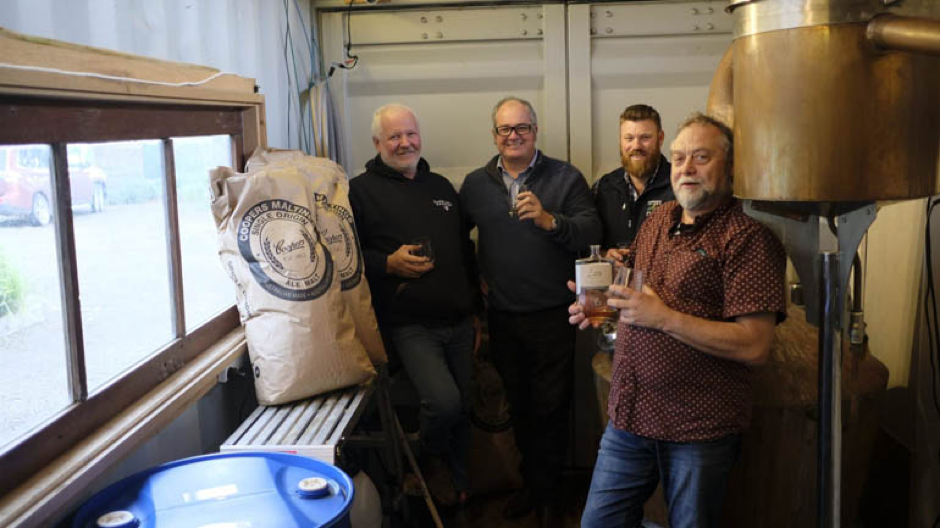 KIPG CEO Shane Mills says relationships with well known companies such as Coopers and other leading businesses on the island “gives another arm to help the growers’ profitability”.

Kangaroo Island’s grain growers provide up to 20,000 tonnes a year to KIPG, with commodities including wheat, canola, broad beans and malted barley.

“Our broad beans that we grow on the island go right through South East Asia and they go into snack foods – similar to how we eat peanuts,” Shane says.

“We’re marketing that right through Indonesia and through Taiwan and we’re just breaking into the Middle East now.

“That’s another success story that’s provided our growers with another profitable crop.

“If you look at dollar terms our percentage of export is somewhere around 70% and tonnage wise it’s about 50%.

“We’re pushing to grow the export business a bit and maximise the value of our crops.” 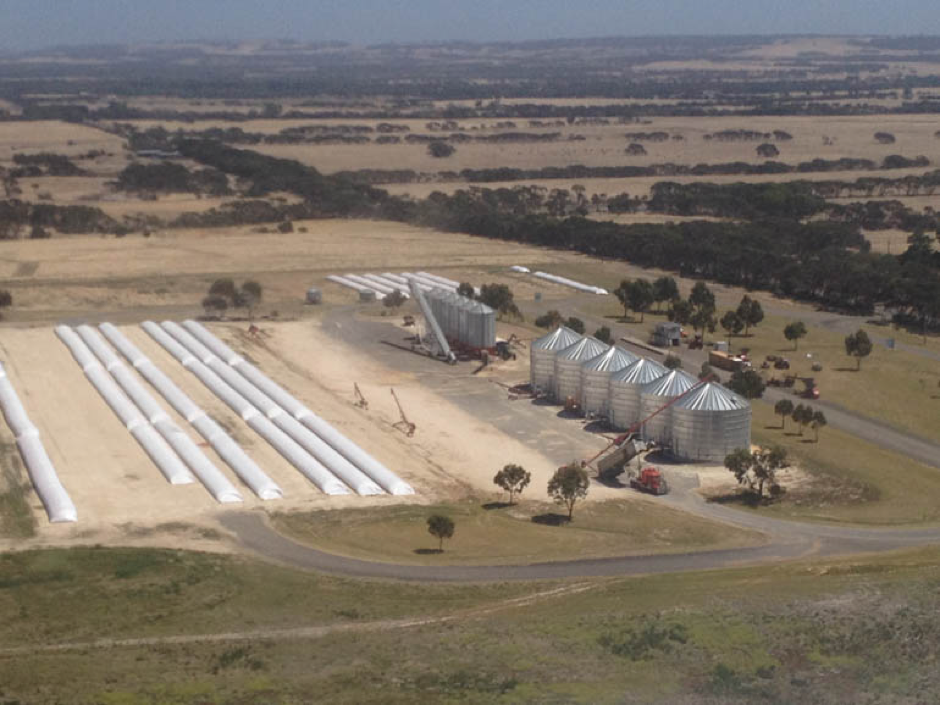 KIPG was established in 2009 by a group of local grain growers who were looking for a more viable alternative than the local silo system to market their grain.

Shane says costs for transporting freight off the island to the mainland was a “real catalyst” for establishing KIPG.

“Our job is to market the grain at a profit that negates the freight factor, so we’re very much into niche marketing because we don’t accumulate hundreds of thousands of tonnes,” he says.

At harvest time – usually in early December – grain is sent to the KIPG receiving and storage facility just outside of the island’s main business hub of Kingscote.

KIPG partners with local trucking company Ugly Dog Transport to send the grain on the SeaLink ferry to domestic buyers.

It also has a processing facility at Osborne in Adelaide where the product is graded and packaged ready for export.

He says having a collaborative approach to grain growing on the island is “beyond integral” to the local industry’s livelihood.

“It gives us a fighting chance with the freight rate, and logistically too, all the way through from harvest to the end markets.”