The couple, who own Peel Zoo in Western Australia, packed up their lives and relocated to Mylor in the Adelaide Hills, home of the closed but not forgotten sanctuary once famous for its Australian wildlife conservation efforts.

In September Warrawong Wildlife Sanctuary reopened for the first time in more than five years and has since attracted thousands of visitors who come to learn about native wildlife and the environment.

“We’re only into our fifth week and it (visitation) seems to be building quite nicely,” David says.

“Just over the last week we’ve had a couple of hundred people through.”

Warrawong Wildlife Sanctuary was closed in 2013 after a long history in wildlife conservation and efforts by its founder Dr John Wamsley to eradicate feral pests and restore habitat.

Dr Wamsley purchased the property in 1969, eradicating feral plants and animals and putting up a 2.1m feral-proof fence to keep out roaming cats and foxes. 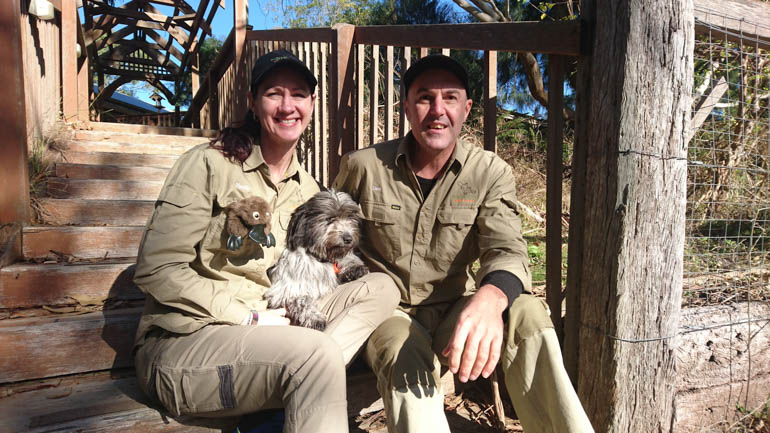 In 1993, Dr Wamsley made news headlines when he wore a hat made from feral cat skins to make a point about the destruction feral cats have on native wildlife.

The stunt brought about fierce debate between cat lovers and those who believed feral cats were wreaking havoc on native species.

Eventually Dr Wamsley’s campaign led to a change in feral cat laws, allowing him to legally shoot them in his sanctuary. 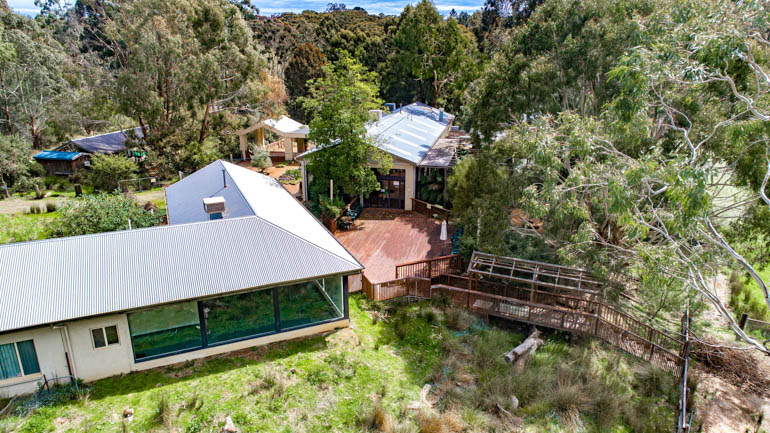 An aerial view of Warrawong, located on Stock Road, Mylor, in the Adelaide Hills

Warrawong expanded into Earth Sanctuaries and was listed on the Australian Stock Exchange, but later fell into financial difficulty, with Dr Wamsley and wife Proo Geddes leaving in 2005.

The sanctuary has since fallen under ownership of Zoos SA and the Ngarrindjeri Regional Authority before it closed to the public in 2013.

It remained that way for the next five years, until David and Narelle heard the property was on the market.

“We heard that Warrawong was coming up, and we thought it wasn’t only interesting from a business point of view, where you think wow, great location, lots of infrastructure, huge potential … but you also realise it’s the cat hat guy, who I saw on TV as a young boy,” David says. 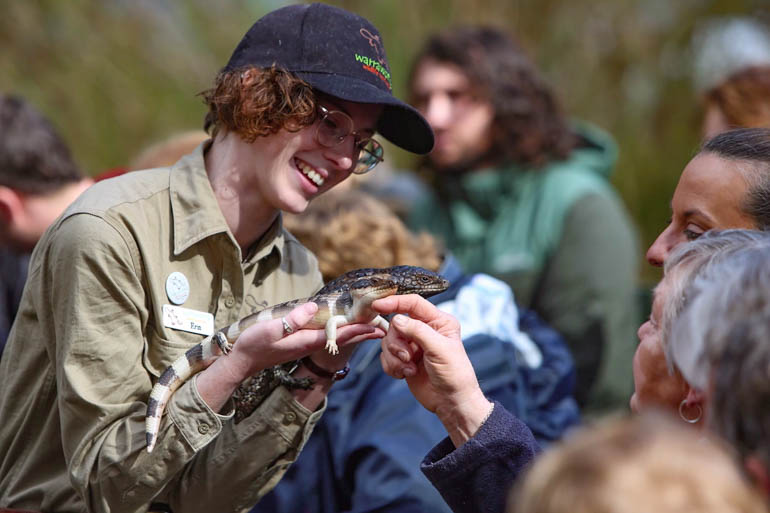 Warrawong Wildlife Keeper Erin introduces some of the sanctuary’s friendly locals to visitors.

“When you realise that you’re not only hopefully creating a future for your family, but also reinvigorating a national treasure, the birthplace of the feral proof fence … it turns into a little personal crusade.”

Now Warrawong is well on its way to being reinstated as a popular tourism destination, with opportunities for animal research and education.

One of the centrepieces is the platypus pond, and David says he envisages plans for platypus research and breeding facilities.

However, he admits there is still much work to be done including ensuring the property is once again free from pests, including a sneaky fox which has made its way onto the property. 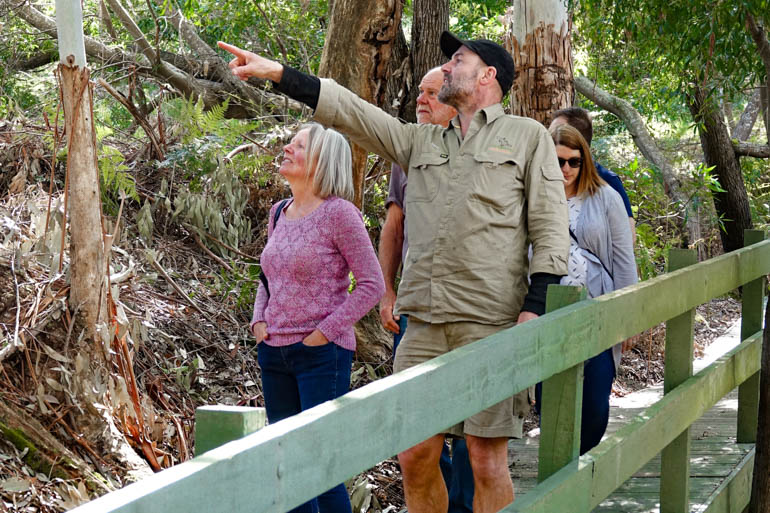 Warrawong is open to visitors seven days a week.

“As we speak we have a fox on the property,” David says. “Dr Wamsley finished the (feral proof) fence in 1982 so the youngest part of the fence is 36 years old.”

He says birdwatching has been a popular activity at Warrawong since the reopening, with 110 species spotted so far.

Warrawong Wildlife Sanctuary employs about half-a-dozen casual staff, and is about to put on a full-timer.