For almost a decade, community volunteers in the town have been helping restore PS Canally to its former glory.

In 2010, Mid Murray Deputy Mayor Kevin Myers organised a public meeting in Morgan to canvas support for bringing the paddle steamer from Robinvale in northwest Victoria back to the town for restoration.

He says there was strong support from the 50 community members who attended.

“It was all on the proviso that I obtain an initial $100,000 from Mid Murray Council to get the boat back to Berri from Robinvale because it leaked like a sieve,” Myers says.

The Canally complements the two other Mannum based historic riverboats owned by the council, the PS Marion and PS Mayflower.

Myers says the aim is to eventually offer cruises on the Morgan based riverboat.

The Canally was built in 1907, in Koondrook near Echuca and fitted with a steam locomotive engine in 1912.

Known as the Greyhound of the Murray, in its heyday, it was the fastest steamboat on the River Murray.

For 10 years, she delivered wool in Victoria from Echuca to towns along the Murrumbidgee River.

From 1919 until 1925, PS Canally was used as a transport boat, delivering dried fruit, wool and other produce from Berri to the Morgan Wharf, which was Australia’s busiest inland port. 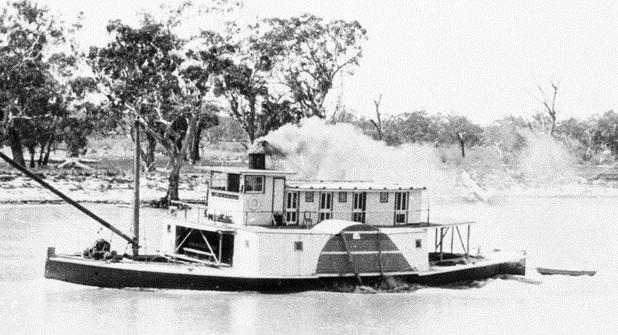 PS Canally, circa 1920s, was once the fastest steamboat on the River Murray. Photo: Supplied

The goods were then transferred onto trains and delivered to Adelaide for export, mainly to the United Kingdom.

The Canally was also used as a workboat during the late 1920s to help install the locks and weirs along the River Murray.

By the 1940s, it was stripped of her machinery and used as a barge in Victoria until 1957, when the boat was finally moored at Boundary Bend in the state’s northwest.

The Canally eventually sank into the depths of the Murray and it wasn’t until the late 1990s, that she was retrieved by the Rivers and Riverboat Historical and Preservation Society in Robinvale.

In 2010, the Preservation Society donated the boat to the Mid Murray Council because some of the group were becoming a bit too old to restore the boat and their funds were running out.

Myers and a working bee of volunteers, including Morgan citrus grower Leigh Hausler, travelled to Robinvale in 2011 to prepare the boat for its journey to South Australia.

“When we got up there and Leigh walked over to the boat, I think he was pretty much swearing at me, and saying what have you got us into?” Myers laughs.

“It was sitting at the bottom of a little creek and it was half full of water,’” Hausler says.

Fortunately, the pump and the generator still worked and they were able to re-float the riverboat.

The Riverboat Society of Mildura used the Paddle Boat Impulse to tow PS Canally to Berri, with volunteers from Morgan on board the ship working frantically to keep her afloat.

The journey took three weeks and the boat’s hull was stabilised at Berri before it was transported to Morgan in October 2011.

The Mid Murray Council has so far contributed one million dollars towards the restoration of the boat. 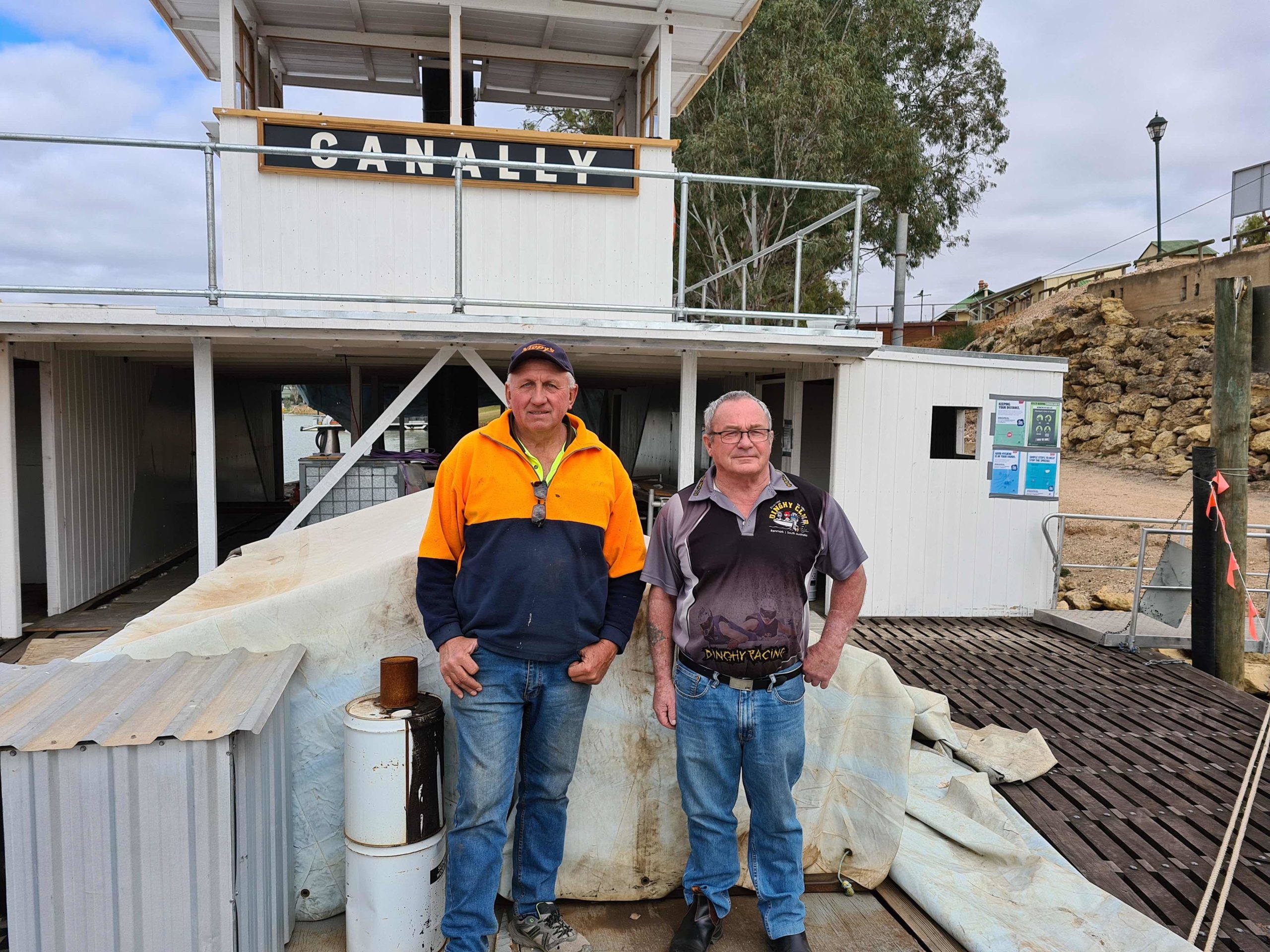 Morgan volunteer Leigh Hausler and Mid Murray Deputy Mayor Kevin Myers have been involved in the restoration of the PS Canally for almost a decade. Photo: Christine Webster

Myers says community volunteers ranging in age from their teens to their 80s have been involved with the project.

Painting the boat has been one of the main tasks.

Myers says Cadell Training Centre inmates have also helped out, and some of the town’s youth have also volunteered, gaining a valuable work ethic and skills in heritage restoration.

The actual reconstruction of the paddle steamer was performed by qualified shipwrights, including Adam Auditori from Echuca who has donated many hours of his time.

About two-thirds of the project has been completed with the framework of the cabins and wheelhouse in place and the engine installed.

Hundreds of tourists have already visited the Canally restoration site and the Mid Murray Council has also drawn up plans for an Australian Paddle Steamers’ Hall of Fame to be established in Morgan.

Both Myers and Hausler have completed the crew training and Leigh is also training to be a volunteer skipper. 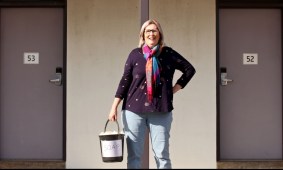 “Most of the existing skippers are 80 years old and they have been on the river all their life,” Hausler says.

“But they are getting to the stage where they don’t want to be in charge of the boat, so they are training people to take over.”