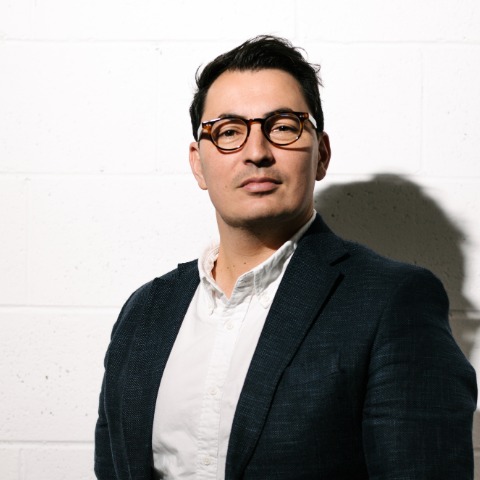 Dino Vrynios is director of architecture and design studio Das-Studio and startup MDLR, which aims to rethink traditional procurement and construction models.

He was last week named Resilient Business Award winner in InDaily‘s 40 Under 40 for 2020 for his work across South Australia’s architecture and construction sector. See the full list of winners here.

Vrynios attributed his success to the business’ quick expansion and the support of his wife and business partner, Sara Horstmann, who he said had encouraged him to enter the awards.

“Within architecture, not often are there newcomers who come into the space and grow as quickly as we have – and I think there’s typically a very good reason for that.

“When you’re designing, building or providing architectural services there’s an understanding you’ve done a certain amount of work and you build up incrementally.

“To grow to a practice of 15 people, that can often take five plus years.

“Now the trick will be to maintain that and build on it. I guess that’s going to be the challenge for the next 12 to 18 months, it being a very unique time.”

Founded in 2018, Das-Studio’s group of architects, designers and professionals work on projects across Victoria and South Australia in sectors including education, health and medicine, urban design and heritage conservation.

Vrynios said, as a new practice, the majority of the business to date had been designing and documenting projects.

He expected to see the realisation of the company's "significant body of work as the buildings and spaces are actually built and occupied" over the next couple of years.

Vrynios said his hope for the venture was to create opportunities and facilitate smarter and more sustainable jobs for the future.

As part of his broader work within the architecture and construction community, Vrynios cofounded the Festival of Architecture and Design and Future Forum event series.

He said throughout his career he’d sought opportunities to engage with professional bodies and organisations which aligned with his values, including the Australian Institute of Architects, Property Council of Australia and Design Institute of Australia.

Vrynios said he was particularly proud of his work as Festival of Architecture and Design Founder and Creative Director.

In this role he said he’d devised an open-source platform for the architecture and design profession to connect and interact with the community, with the 2015 iteration featuring more than 40 events across five days.

“It was a demonstration of what could be possible with many players sharing a common idea. That good, integrated, collaborative design can improve the lives of many, support financial prosperity and promote a sustainable future,” Vrynios said.

He said while his businesses were thriving, the process to achieving their success had been a rocky road.

In 2017, he burnt himself out after working too hard and was forced to take time away from his former job to recoup.

A year later he found himself in the same situation and was forced to reassess his priorities.

“I walked away from a secure, fruitful career at a practice full of people I enjoyed working with and clients I was grateful for. I stopped. I took a month to think,” Vrynios said.

“I was able to map out the future that I wanted and …I learned a few things from this experience that are now shaping my career and businesses moving forward.” 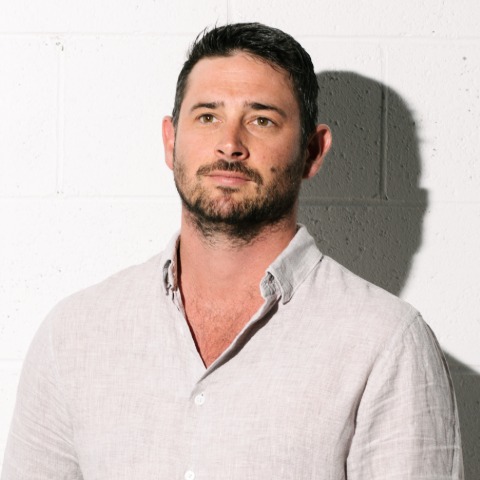 He was named the Rural and Regional award winner at last week’s InDaily‘s 40 Under 40 for 2020.

Green told InDaily since entering the awards earlier in the year the company had begun an expansion.

Since joining Iranda in 2016, Green said he’d led the feedlot through significant growth across production, employment and quality.

Its food production had subsequently won the Meat Standards Australia Excellence in Eating Quality Awards for Most Outstanding MSA Feedlot in South Australia in 2019.

Green has also individually been recognised for his work.

In 2017, he was named Australian Lot Feeders’ Association Young Lot Feeder of the Year for his Food Connect program, which aimed to educate Tintinara school children on agriculture and healthy food.

“I have always been concerned about the lack of exposure that agriculture receives in the education system,” Green said.

“Agriculture in schools is generally only offered in high school, and there is an alarming number of children who reach secondary school with limited knowledge and huge misconceptions about the industry.

“This is particularly concerning in a town like Tintinara, given that livestock and food production is the area’s main contributor to the population’s livelihood.”

Green was also awarded the Nuffield Scholarship last year to travel across Europe and the Americas examining the factors driving animal welfare outcomes in livestock productions in a bid to understand how Australian livestock businesses could improve their social and environmental sustainability.

“Feedlot, and agriculture in general, is a tough business. Whether it’s the climate – freezing in the winter and sweltering in the summer – or often working late into the night and always getting up before the sun again the next morning,” Green said.

“Safety, animal welfare, and sustainability are key focuses in the agriculture industry. Increasingly, our sector needs to be transparent and open-minded to changes and work together to manage consumer perception.

“Sustainability has always been a key focus for TFI, and continues to be an important aspect of our business in the growth of Iranda feedlot.

“I’m passionate about helping other food producers to implement sustainable practices so that we can collectively continue improving the industry.”

Keep in touch with state’s talented young leaders by joining South Australia’s 40 Under 40 on LinkedIn.