Tata Nardini told InDaily while she was grateful to have received individual recognition for her work, the greatest satisfaction was knowing she was placing South Australia at the front of global space innovation.

“I get more enjoyment of the global recognition South Australia receives from the space industry, and the waves that local businesses are making in industry and innovation across the state,” she said.

“But to be recognised individually gives me reassurance that my big dreams are not too out of this world, and the motivation to keep smashing them.”

She said she’d always been determined to make a change in the world using space technologies.

“I am really lucky to be living in the hugely supported entrepreneurship movement in Adelaide, and be a part of the formation of the Australian Space Agency here. That is an enormous privilege,” she said.

“My often-crazy vision drives my team to set incredible goals, and as a workplace, we achieve amazing things.

“I am passionate about the opportunities available doing business in South Australia, and I love boasting that that is where our business is based. It is an incredible state to do business in on a global scale.”

For Tata Nardini, starting the company was a way to remain connected with her passion for space and, she said, fulfil her destiny.

“I founded two start-ups and I had no plans to become an entrepreneur before that. I just needed to keep working in space, I needed to reach my destiny,” she said.

Passionate and determined, Tata Nardini moved from her native Italy to her husband’s home town of Adelaide in 2012, with an abundance of space knowledge but limited job prospects.

“I wanted to give my kids great love and adventures next to their Australian family, but I didn’t want to give up my space path,” Tata Nardini said.

“Australia didn’t have a space agency or commercial space companies and I  – with my degrees in space engineering – couldn’t find a job.

“I am convinced that everyone is part of this world for a purpose and the best we can do is to listen to the signs and choose wisely our paths.” 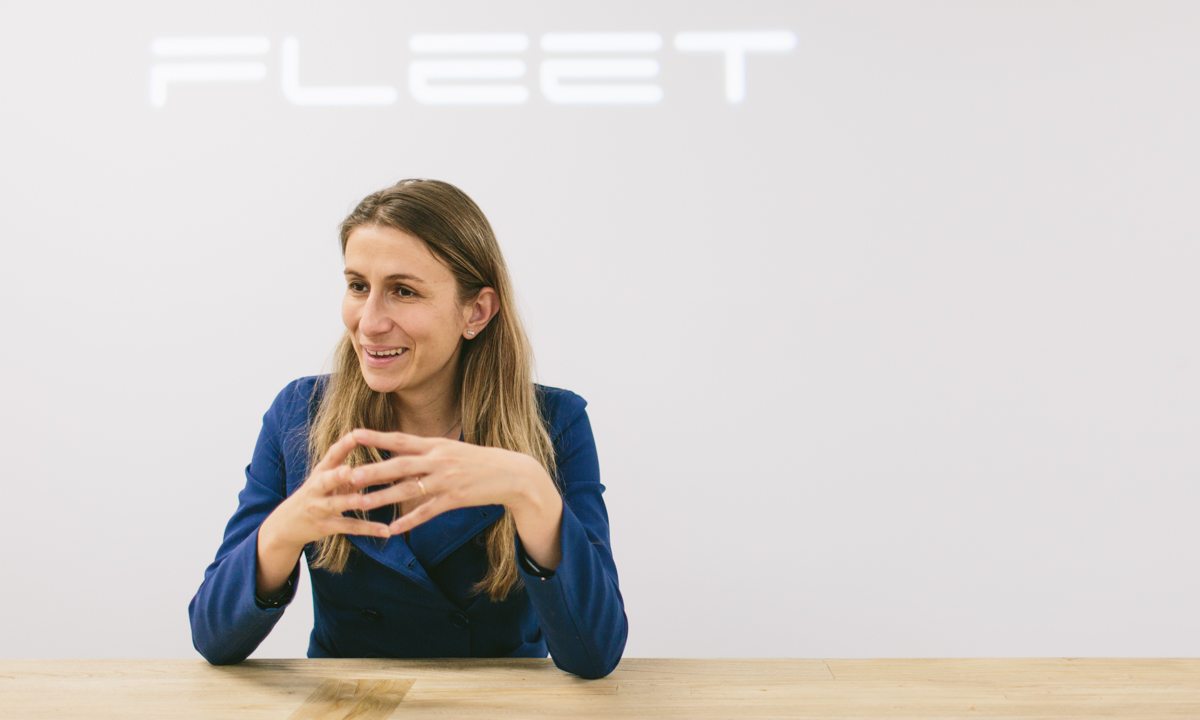 Based out of Beverley, the satellite company launched its first nanosatellites in 2018 on board SpaceX, Rocket Lab and ISRO, having opened its ground station at the Red Banks Reservoir in Pinkerton Plains earlier in the year.

It followed the closure of a $5 million Series A round of capital from investors, led by Blackbird Ventures, with contributions from Atlassian, Earth Space Robotics and Horizon Partners.

Fleet Space Technologies has since collaborated on a number of projects including the SA Water-led initiative Cooling Adelaide and is being used to help the public identify cool, green public spaces while improving the visibility and efficiency of council irrigation practices.

“I had many years of fights and success: I raised capital money in Australia, from the best VCs in the country; created a team in Adelaide; launched four satellites in one year, and on the way to launch more,” she said.

The company said the latest round of funding would enable it to launch the next series of slightly larger nanosatellites into space early next year.

Fleet is also growing its workforce and plans to hire more staff in the coming months as it works to build a constellation of more than 100 nano-satellites.

“I am honoured that I have hired many people that lost their job during COVID, I am honoured to build the best technologies on the planet and I am really lucky to witness the blooming of the entrepreneurship in Adelaide and of the space revolution,” Tata Nardini said.

“Since I was a little girl, I was determined to make a change in this world using space technologies. I loved space deeply and I had a profound feeling that I had a destiny in the space industry, even if I wasn’t sure what that meant.”

As well as heading the space company, Tata Nardini sits on the state Entrepreneurship Advisory Board.

She has previously worked as a consultant developing the SUSat CubeSat for the QB50 mission and cofounded LaunchBox, which aims to get children interested in science, technology, engineering and maths by connecting them with nanosatellites.

“They say that women reach the peak of their career after their 40s. I became a co-founder and CEO in my 30s and I am honoured to be a mum of two beautiful girls that know the difference between SpaceX and RocketLab,” Tata Nardini said.

“Not many women have the honour to do what I have been doing in the past years. And it is just the beginning.”