Created by French billionaire Xavier Niel, the school – known as 42 – will be the first of its kind in Australia, joining similar educational institutions in Europe, South Africa and South America.

The licence for the Australian iteration of 42 has been bought by social enterprise KIK Innovation, which aims to reduce youth unemployment in South Australia by providing disadvantaged young people with job pathways.

KIK Innovation founder and CEO Louise Nobes was last year announced as one of InDaily’s 40 Under 40 winners for her work with the organisation.

Since its inception in 2015, more than 85 young people have trained through KIK Innovation’s co-designed services, KIK Coffee and KIK Cleaning.

KIK is collaborating with foundation partner Future Industries Exchange for Entrepreneurship (FIXE) on the Australian 42 project.

Nobes said 42 Australia would be open to anyone above the age of 16 and admission wouldn’t depend on Year 12 results.

Instead, potential students would take online memory and logic tests, which aimed to evaluate an individual’s capacity to learn computer programming.

The system is intended to be highly democratic and bridge an educational gap between traditional and private universities.

Nobes said it would be free for those who were accepted. She said the course would prepare students for careers in computer programming or could be used to sharpen the coding skills of existing employees.

She said that before the launch people can stay tuned for announcements on 42 Australia through Facebook and Instagram.

“It’s open to everyone, whether you’re a 16-year-old or a 50-year-old who’s previously been a veteran or miner,” she said.

“They’ve just got to jump online, complete the two-hour game-based test and then if they complete that they get a welcome letter from us. They then have to complete a four-week boot camp with multiple other applicants.

“There’s no classes and no schedules. People just have to complete projects with their peers. So, it’s intense, just like playing a game. Those who succeed are offered entry.”

Nobes, right, said 42 Australia would accept up to 222 students in its first year, with the capacity to scale-up to a maximum of 450 students. 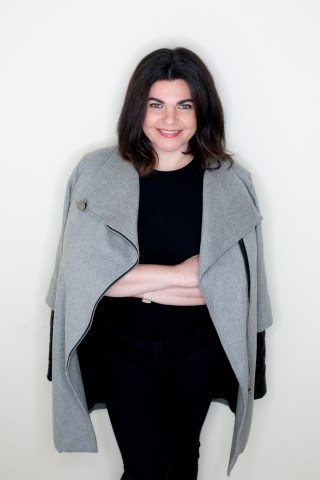 The one-year course doesn’t have lectures or practical work supervised by teachers. Instead, students learn from each other and use the internet for projects.

“The reason it’s not all online, like when you’re studying from home, is because the most important skill that’s missing in the tech sector is soft skills,” Nobes said.

“With no teachers, the learning is all peer-to-peer. You have to build those communication and interpersonal skills. The super skill of the future is really tech and soft skills combined.”

“KIK has always been about giving access and educational pathways to young people. It started with entrepreneurship and then it spilled out,” Nobes said.

“In 2019, I undertook a global exercise and looked at the best educational models on the market – I wanted an educational model which would focus on the skills of the future, because traditionally entrepreneurship was in retail, hospitality and low entry jobs – and I found 42 in France.”

The Adelaide campus’s city location is due to be announced in the coming months, coinciding with a website launch for the school with further details on how to apply.

“This project is so big. It’s not just me and a few team members pulling it together, there are multiple people who’ve helped me,” Nobes said.

“I’ve been able to do this because I was recognised as one of the leading business people in South Australia. The networks that 40 Under 40 has given me have been so important.

In its third year, InDaily’s 40 Under 40 awards celebrate the creativity, passion, vision and achievements of South Australia’s leaders under the age of 40, and is more important than ever during the challenges the world is facing at the moment.

Nominations for this year’s InDaily’s 40 Under 40 are now open.

An assessment panel representing the South Australian business community will judge the nominees against a selection criteria based on their impact within a business, industry or community and how they push the boundaries to go above and beyond the norm. The awards will then be held at the safest time and place possible.