Announced today, the sale includes the Penny’s Hill cellar door between McLaren Vale and Willunga, 42 hectares of vineyards and the Penny’s Hill, Black Chook and Thomas Goss brands, which produce about 50,000 cases a year.

However, RWG is also the largest vineyard holder in McLaren Vale with about 800ha under vine.

It owns three wineries in the region, Tinlins, the Boar’s Rock bulk wine facility and the Ryecroft winery in McLaren Flat.

Penny’s Hill was established by Tony and Susie Parkinson in 1988 and includes the Ingleburne homestead, which is on the main road between McLaren Vale and Willunga.

It exports about 60 per cent of its wine to 15 countries and has a strong foothold in North America, particularly Canada.

Penny’s Hill has won many international awards over the past 25 years and is known for its distinctive “red dot” label.

The winery was put on the market in November after Parkinson announced plans to retire.

“In the face of advancing years and with no clear family succession plan, it was time to find a new custodian for the 1855 estate,” he said.

“Warren has a proven track record of acquiring, respecting and injecting enthusiasm and energy into historic 19th-century Australian wine estates with provenance.

“I trust that he will carry on my legacy and springboard the brands to greater international success under his leadership.” 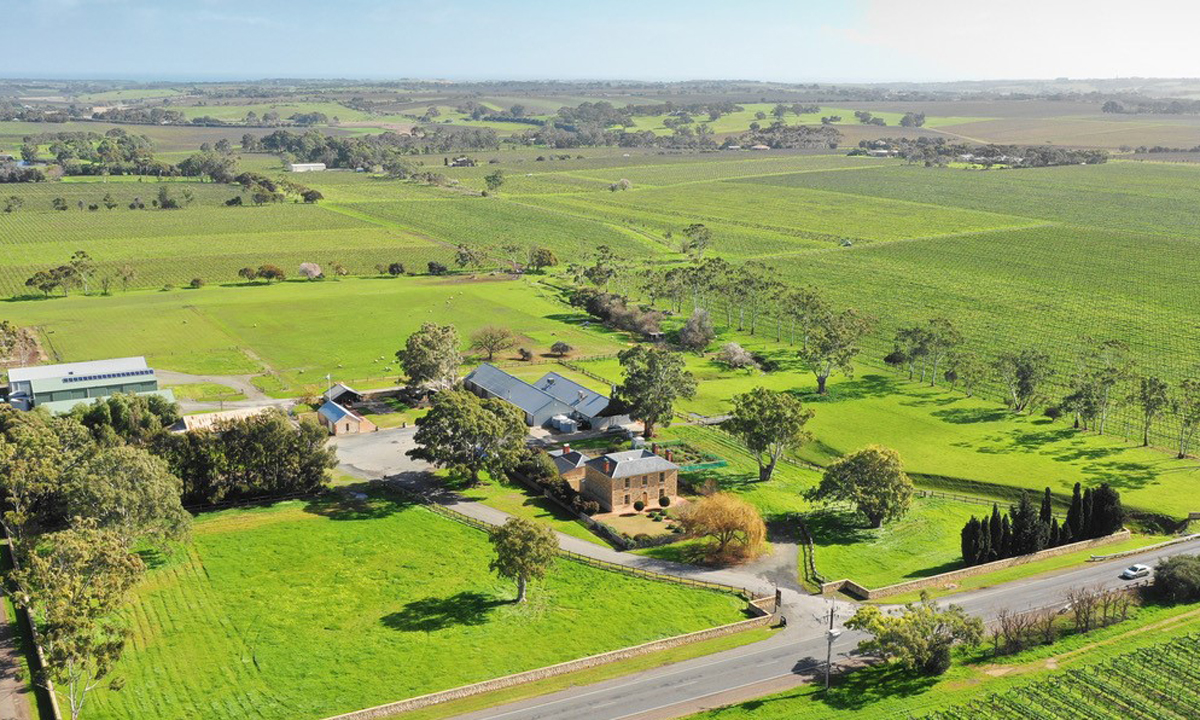 The sale is RWG’s “first strike” in a new strategic direction in response to the Chinese government’s November 2020 decision to apply tariffs of more than 200 per cent on Australian bottled wine.

China had been Australia’s largest market for wine with exports eclipsing $1 billion in 2019.

The tariffs coupled with a bumper 2021 vintage have resulted in an oversupply of wine in Australia amid predictions of looming aggressive price discounting domestically by major players Coles and Woolworths.

“Following a very high-quality vintage in 2021 it was time to reset the company’s strategy and pivot away from the Chinese market, which is a shame because the Chinese wine consumer loves the fruit and taste profile omnipresent in Australian wines,” Randall said.

Randall Wine Group had previously been heavily invested in the Chinese market with its aggressive vineyard buy-up in recent years initially targeted at boosting supply to the booming Chinese market.

RWG’s flagship winery Seppeltsfield also opened a wine chateau in China in 2017 in a joint venture with Minquan Jiuding Wine Company Ltd. It was the first Chinese chateau to have a part ownership stake by an Australian winemaker.

Speaking at the 17th Australia Wine Industry Technical Conference in Adelaide in July 2019, Randall predicted that Australia’s recent rise to the top of the Chinese wine market was only the beginning of a decade of unprecedented opportunity.

In its previous 10-year strategy, the Randall Wine Group was in the process of selling half of its annual production to China as both premium bulk and bottled wine.

But now it says the new 10-year strategy is based around the acquisition of brands with volumes between 50,000 and 100,000 dozen in Australia’s premium wine-growing districts, with a strong export sales focus.

Randall began his wine career as a cellar hand in the late 1970s before becoming Australia’s leading sparkling winemaker in the 1980s. He teamed up with two partners to buy his first winery – Tinlins in McLaren Vale – in 1994 and purchased his first 50 per cent stake in Seppeltsfield in 2008. He bought the rest of Seppeltsfield in 2013.