There’s a silence hanging like a thundercloud over the Australian wine industry since last week’s California ruling against Monsanto.

The jury also awarded $US250 million in punitive damages against Monsanto. Robert F Kennedy Jr, prominent in Johnson’s legal team, had argued for $US373 million.

“This jury found Monsanto acted with malice and oppression because they knew what they were doing was wrong and doing it with reckless disregard for human life,” Kennedy said.

The jury found that in its labelling of Roundup, Monsanto should have advised the user of its true health threats.

While Monsanto is appealing the ruling, Roundup opponents in the USA say the case has opened the gate for the hearing of thousands more cases already filed in federal and state US courts.

As I wrote here before the ruling, Monsanto, manufacturer of Agent Orange and DDT, is now part Bayer AG, which just paid $US66 billion for it and plans to rename it pronto. That’d be a fairly reliable indicator of the value of customer goodwill at Monsanto.

The USA Environmental Protection Agency had ruled in September that glyphosate, the key active ingredient in Roundup, was “probably unlikely” to cause cancer in humans. This followed a World Health Organisation ruling that it was “probably carcinogenic to humans.” The California legislature has ruled it to be a carcinogen.

The Australian government’s Pesticides and Veterinary Medicines Authority (APVMA) insists that “the use of glyphosate in Australia does not pose a cancer risk to humans“. 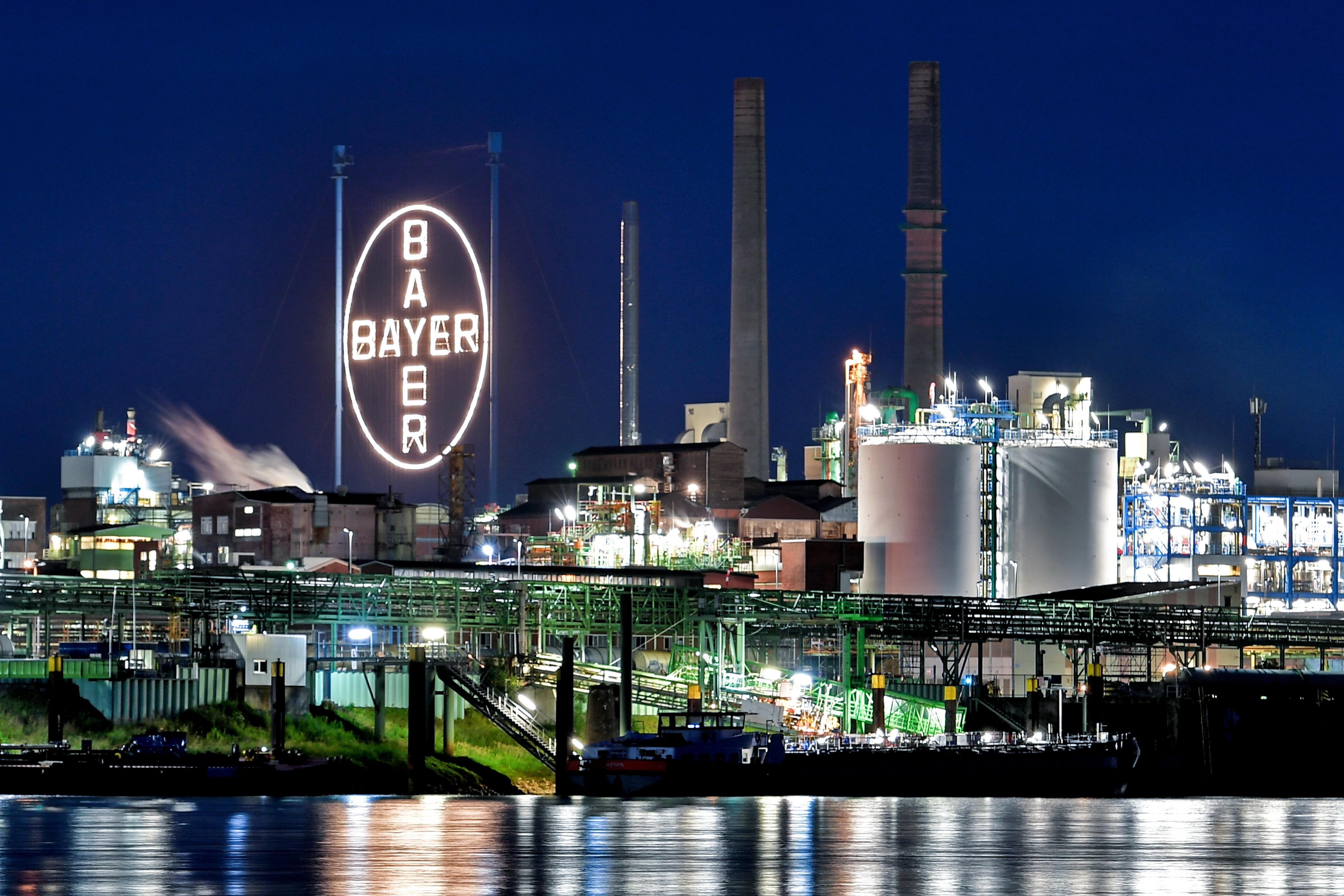 While the wine industry, whose growers have liberally applied Roundup to vineyards since its launch in the late ’70s, remains silent on the issue, many farmers maintain they will continue to use Roundup according to the instructions on the back label.

Leading Queensland cotton grower Peter Foxwell told ABC Rural: “Most farmers would use any chemical within label or chemical registrations, and that’s for their own safety and the safety of the environment and surrounding crops and animals … we continue and most farmers who use Roundup I’m guessing would probably continue to use it in a safe manner.”

There’s a different mood emergent in Australian local governments, many of which were limiting their use of the poison well before the US ruling. Some alternatives seem obvious – try actually mowing roadsides, as we see happening in the Hills – while more sophisticated technologies like steam-spraying applications are under trial and development, as they are in forward-thinking vineyards.

It seems, however, this battle is just beginning, with the influential US non-profit, Environmental Working Group (EWG), this week reporting its independent laboratories found a “hefty dose of the weed-killing poison” in a range of the most popular US oat-based breakfast foods and snack bars.

“Glyphosate … was found in all but two of 45 samples of products made with conventionally grown oats,” it reports. “Almost three-fourths of those samples had glyphosate levels higher than what EWG scientists consider protective of children’s health with an adequate margin of safety. About one-third of 16 samples made with organically grown oats also had glyphosate, all at levels well below EWG’s health benchmark.”

As it did constantly through the Johnson case, Monsanto maintains there is “absolutely no connection between glyphosate and cancer”, citing more than 800 studies it claims to scientifically support its argument.

Which leaves us to spat over just how much of this stuff is safe to eat. Or drink.

After a contentious 2016 finding of glyphosate in California wines tested for Moms Across America, the McGill University Office for Science and Society, whose buzzline is “Separating sense from nonsense”, retorted: “Even if it were off by a factor of a thousand, which is most unlikely, it would still mean that one could consume 1.9 litres of that single sample of wine with the 18 ppb residue every day without a worry. And let’s keep in mind that alcohol is a known carcinogen, so it is actually of greater concern than the trace residues of glyphosate in wine.”

Similar disdain was shown another 2016 report, in which the Munich Environmental Institute (MEI) found glyphosate in 14 of Germany’s best-selling beers.

Giant brewer Anheuser-Busch InBev questioned the small number of samples tested and said the MEI’s suggestion that brewers were not keeping a close watch on their raw materials was “absurd and completely unfounded”.

Germany has long sat proud of its old Das Reinheitsgebot food purity law which limits the permitted ingredients in beer to water, barley, hops and yeast. 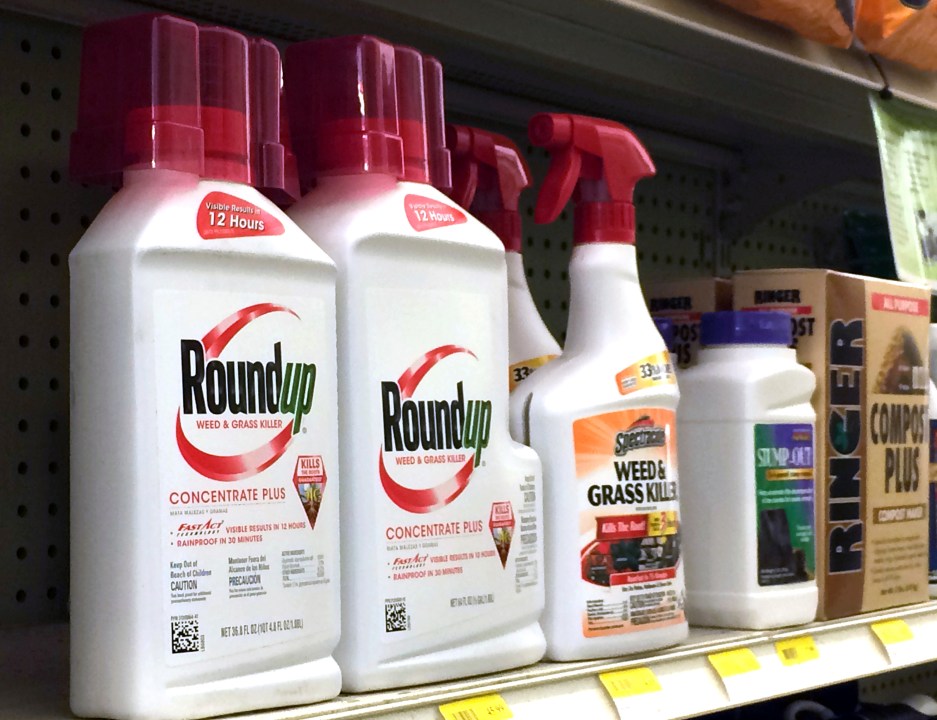 It’s easy to find similar sentiment amongst Australian scientists. University of Adelaide pharmacologist Dr Ian Musgrave told ABC Rural last November the health risk glyphosate presents to humans is “ridiculously low … You’d have to be eating 1,000 fold more than exists on current foods,” he said, “or up to 100kg of corn with residue every day to reach levels that are a hazard.

“The biggest risk is that [if you ban it] you’re losing a very versatile and very effective weed control agent.”

Nevertheless, an increasing number of Australian wineries are turning away from glyphosate, instead using sheep, steam or other alternatives like pelargonic acid. Along with a great array of folk medicines, this is a natural fatty acid derived from the pelargonium plant. It’s expensive so far, but it works.

Amongst the myriad glyphosate/Roundup arguments rampant you soon hit contention about just how long the stuff, or its influences, can stay active in the ground.

As the drought intensifies, and Murray-Darling grape and citrus growers encounter increasing pressure to instead make stock feed hay with overhead irrigation, it will be worth watching how much glyphosate a couple of crops of that, per year, will entail.

There’s a good opportunity there for a precise scientific test that leaves the wine biz right out of it, for a time, at least. Like how much glyphosate is already there in the ground? How much will be required to crop ‘clean’ hay? How long will traces remain? Where does it all go?