Falls of between 15mm and 50mm late last week have refreshed vineyards at the end of the flowering season, which roughly marks the halfway point of the season. More rain is forecast for tomorrow.

Despite yields looking like they will be slightly down on the 2017 harvest, the Barossa, McLaren Vale and Clare Valley are all on track for solid vintages, provided the weather remains kind.

However, growers in the Limestone Coast region of Padthaway are counting the cost after a late frost bit into about 30 per cent of the area’s vineyards on November 4. Some “patchy” damage was also been reported in the Coonawarra.

Adelaide Hills, Limestone Coast and Langhorne Creek growers have also been kept busy this week protecting their crops against fungal diseases such as downy mildew, powdery mildew and botrytis, which can thrive in wet and steamy conditions.

Shiraz grapes from the Barossa and Eden valleys are the most in demand in Australia, averaging about $2300 a tonne in 2017 compared with a national average of $765. The variety accounts for about two-thirds of plantings in the Barossa.

“We had good rainfall until early October and it was dry since then until last week.

“The flowering went through in a couple of days with that warm weather before the rain and they’re large bunches but we’ll wait and see if that stays the case once the fruit sets. Last year was 30 per cent above average but this year I would say it is on average.

“It’s a good solid crop at this stage and if it stays dry like they are forecasting and we can supplement them with a bit of moisture when they need it, I think it will be a very good vintage, but we’ve certainly got a long way to go.”

Like the Adelaide Hills and Barossa, McLaren Vale was hit by a hailstorm in late October but vineyard damage was limited across all the regions because the hail came before flowering.

Agronomist and McLaren Vale winemaker James Hook said favourable weather conditions, including about 25mm of rain last week, had things on an even keel for a good season with average yields.

He said an absence of problems so far had the Vale on track for an average year, “which is not a bad thing”.

“It was a really good winter but spring has been dry until the rain last week so everything is in really good condition.

“They are now just finishing flowering so we are really at the halfway point.

“The main thing to be concerned about now is heatwaves – having long periods above 35C, particularly when overnight temperatures don’t cool off.”

Adelaide Hills Wine technical group co-ordinator and viticultural consultant Richard Hamilton said things were looking good but the next few days could be tricky, with warm and steamy conditions on the back of heavy rainfall and the potential for more rain this week.

“This weather we’ve had in the past week has meant everyone is working very hard to make sure they’ve got cover in place or a spray program to control any diseases as they occur,” he said.

“In wet and steamy conditions the moulds and mildews can get going quite fast.

“Also, because we’re flowering at the moment, botrytis becomes an issue so it’s a very difficult period at the moment.

“At this stage the fruit potential is average to above average so it’s looking bright, it’s just that if we could have avoided last week’s weather it would have been better and everyone would be a bit more relaxed but this is just a reminder to apply standard protection and stay on top of things.”

A frost and hail-free spring and a moderate 16mm of rain last week has Clare Valley grape growers looking forward to a high-quality vintage, particularly for its flagship varieties of Riesling and Shiraz.

“The rain last week was nice; the Riesling and Shiraz had just finished flowering so there were no ill effects and there was not enough rain to be of any concerns with fungus either,” he said.

“We’ve been lucky with the weather so far – it’s been a pretty stellar start to the season. The soil moisture’s been pretty good and that half inch of rain last week was pretty handy and it looks like we might get another half an inch later this week and that would be just nice for us, too.

“It probably won’t be as big a crop as last year, given the wet weather we had in 2017, but it looks to me like it’s going to be very similar to 2016 at the moment and that was a cracker of a year for us up here.

“If it stays around average rainfall for the next couple of months and we don’t have any real stinking heatwaves through January, then I think we’re in for a pretty good year.” 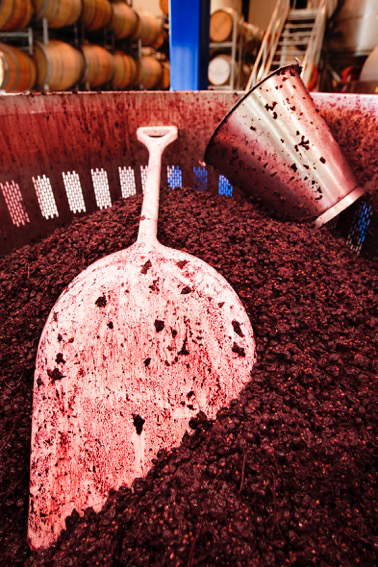 Like much of the South-East, the rich Cabernet Sauvignon strip of the Coonawarra received more than 40mm of rain last week.

Another wet winter has helped the region’s aquifer recover from previous dry years.

Balnaves of Coonawarra vineyard manager and Coonawarra Vignerons Association president Peter Balnaves said there had been some “patchy” frost damage across the region, which was difficult to quantify at this stage.

He said it would be another three weeks until there was an indication of bunch sizes following flowering.

“Because of the coolness of the winter the season is probably running about 10 days late, which not seen as a bad thing because it means we move the peak of the fruit ripening out of the warmest part of the year by a margin,” Balnaves said.

“Flowering is just occurring now and with the rainfall we had last week there’s very fast growth and canopies are forming quite quickly – it’s just a combination of having 40-odd millimetres of rain followed by some warmer weather before and after but it’s good to see that our peak flowering period in the middle of this week looks as though they will be in dry conditions, which is always an advantage.”

The South-East is one the state’s last grape harvest areas, with the bulk of Coonawarra Cabernet grapes often not picked until April.

“We don’t want to see heat spikes – it makes it very difficult to manage in terms of irrigation and trying to ensure there’s no fruit damage from excessive heat. If we could stay below 35C and have some nice dry conditions going through, that would be great,” Balnaves said.

The Riverland is one of the first SA regions harvested, with picking on track to begin in late January. It had strong rainfall last week with 55mm falling in Loxton and 28mm recorded in Renmark.

Riverland Wine executive chair Chris Byrne said flowering had finished and while the outlook was positive, it was too early to give crop estimates.

“The vines are looking remarkably pretty and healthy – we had a lot of rain last week and that’s not just freshened everything up; it’s given it a real boost,” he said.

“We had very good following winds to dry it out and fairly reasonably contained temperatures so there won’t be a lot of disease risk as a result of the rain, so by and large everyone’s fairly happy at the moment.”

Byrne said the need to put strategies in place to prepare for prolonged periods of heat in December and January would be crucial to the crop’s success.

The Limestone Coast region of Padthaway typically grows about as many grapes as McLaren Vale but it is unlikely to reach those levels in 2018 following a November 4 frost that affected up to 30 per cent of Padthaway’s vines.

The late frost, which also caused extensive vineyard damage in western Victoria, was followed by about 50mm of rain during flowering last week, causing Padthaway grape growers to curse their luck.

Padthaway Grape Growers Association president Andrew Bryson said the full extent of the hail damage would not be known for some time. However, he conceded that the overall tonnage in 2018 would almost certainly be down.

“There are areas where we’ll get nothing off but there’s other areas where the frost has hit the top of the canopy and the inflorescence is still OK so it’s still got potential there for a good crop.

“We’ve just got to wait and see what’s going to set.

“Everything was going along nicely and we thought we had got out of jail with frost this year because it hit quite late.

“Everyone was thinking the risk had passed and wasn’t really expecting it in November but this is the beauty of agriculture – you think you’re all right and then all of a sudden, bang, it sneaks up on you.”

The heavy rains last week has resulted in Padthaway vignerons busily spraying their vines this week to protect them against disease.

“We didn’t need that rain last week after the frost but people have just got to keep on top of their spray programs,” Bryson said.

“We don’t want any more surprises; we just want fine, warm to hot weather from now on. We don’t need heatwaves but we don’t really want any more big rain events.”

The eastern Fleurieu region of Langhorne Creek is a quiet achiever and often produces more grapes than the Barossa to be the second-largest region in the state behind the Riverland.

Langhorne Creek Wine Region Grower Committee chair Phil Reilly has about 360ha of vines on the western edge of the region and recorded about 50mm of rain last week after a dry few months.

His vines had finished flowering before the rain hit and he has been busy this week applying protective sprays to guard against disease.

He said while “two inches of rain is never timely once you’ve got canopy on the vines”, it had freshened up his vineyards.

“It’s probably just late enough not to affect the bunches for downy mildew; botrytis could be an issue going forward but at this stage it’s too early to say.

“The quality should be very good this year following that dry spring, which has done a world of good following a couple of wet winters.

“I don’t think we’re going to get any huge tonnages but everything’s very healthy and I would say we are probably looking two weeks early so I’d say we’ll start picking our sparklings in very late January and our whites in February, followed by the reds.

“It’s an early Easter and I always believe that leads to an early vintage.”