Anthea Pritchard is one of many Tasmanian tourism insiders who credit Hobart’s Museum of Old and New Art (MONA) with the city’s recent image makeover and an uptick in visitors to the state.

“It’s been an incredible drawcard for Hobart,” says Pritchard, general manager of the Salamanca Wharf Hotel, which opened three years ago and is a perfect base for exploring the city.

The sun’s out but it’s chilly when I arrive at beautiful Salamanca Place by Hobart harbour. They say the air’s clean in Tassie and it hits my lungs with a blast as we walk to her hotel.

On the way she points out the red Antarctic icebreaker Aurora Australis and its French counterpart Astrolabe, both moored in the harbour for winter, and the new Institute for Marine and Antarctic Studies, which has helped give Hobart the highest concentration of southern ocean scientists in the world.

From the Salamanca Wharf Hotel it’s a short brisk walk to the Brooke Street Pier, where I board a ferry to MONA. The trip on this charmingly retro ferry is an experience in itself as I sit on a “sheep” bench and take in the scenery.

MONA lives up to everything I’ve heard. It combines an amazing architectural space – a veritable Escher’s staircase of underground exhibition spaces – with contemporary art, including a “poo machine” installation that produces actual excrement, and walls featuring rows of vagina plaster casts.

Give yourself at least half a day to explore the museum (you can do it with the help of a guided audio tour) and you’ll be ready for a change of pace with a tour of Hobart’s foodie highlights. 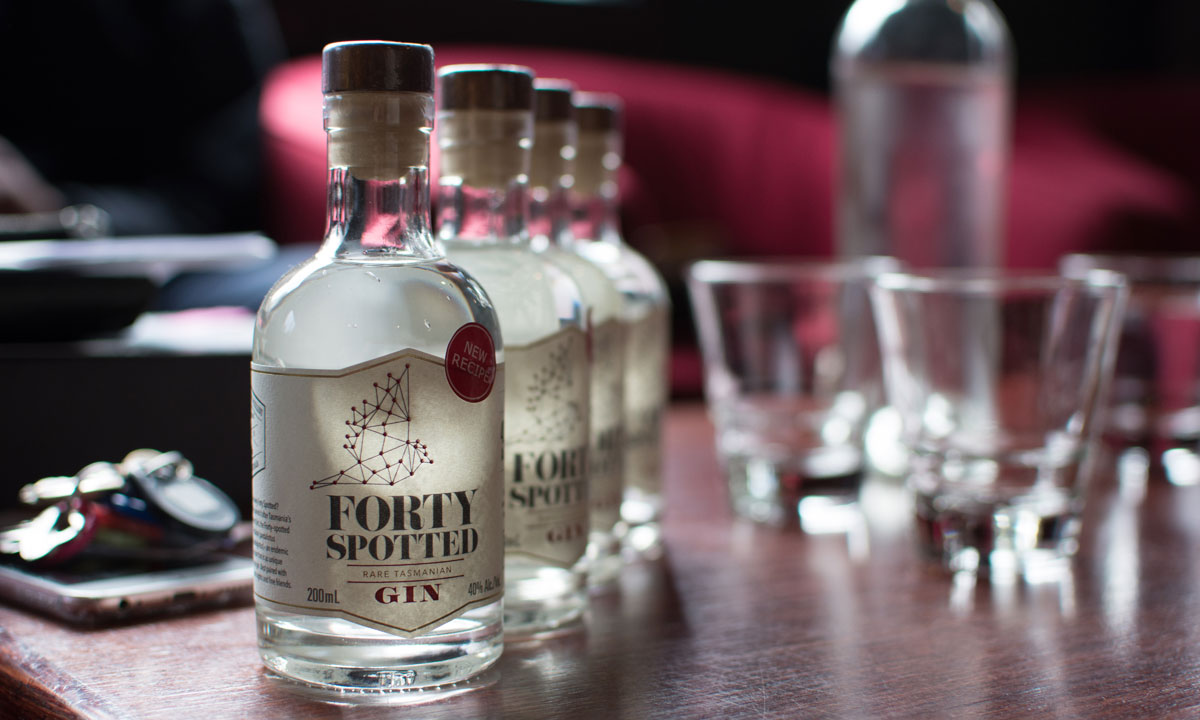 Mary McNeil has been operating walking Gourmania tours of Hobart for five years. She’s a true local who traces her ancestry back to the Second Fleet and knows the ins and outs of the town like no one else.

Today’s tour includes a gin tasting at a pop-up cellar door at the Brooke St Pier hosted by Louise Radman, owner of Domaine Simha wine, and a visit to the Wursthaus, a gourmet deli showcasing some of the state’s best produce and owned for the last 15 years by Peter Trioli, brother of well-known Sydney journalist Virginia Trioli.

“We support local industry,” Trioli says. “That’s why we exist and that’s probably why we do pretty well,” he says modestly.

Next we hit the Lark Distillery for herb-infused gin and tonics, followed by Blackman Bay oysters at Frank on the waterfront and a sumptuous dinner at Peacock and Jones Restaurant and Wine Bar.

The following day we explore the Coal River Valley, home to Pooley Wines and the Frogmore Creek Winery.

Tasmania has a rich convict past and is home to the heritage-listed Female Factory, the last remaining relic of Australia’s female convict history.

When you visit the site, near the Cascade Brewery, you can sense the ghosts of its former inhabitants.

They include the young woman who was forced to give birth alone on a toilet. Her baby was found dead at the bottom of the latrine and despite insisting her child had fallen in, the woman was sentenced and hanged.

The story of the young convict mother is one of the worst but by no means the only tale of unimaginable cruelty that we’re told during a tour of the jail.

The women were often preyed upon by guards and fell pregnant, but instead of being provided with care they were punished and sent into solitary confinement.

At six weeks of age, the children where removed from them and sent to an orphanage.

Later, the factory established its own nursery but it’s unknown how may babies died in the harsh, cold conditions as records were never kept.

I’ve got just long enough before the flight back to Sydney to pop into the Coal River Farm to sample some artisan cheeses and chocolates and have a quick meet-and-greet with Daniel Leesong, who started up the operation just over 12 months ago.

The food on offer in Tasmania is as good as you’ll find anywhere and Kit Wilkinson from Pooley Wines says it’s a “common thread ” in Hobart’s attraction as a visitor destination.

If you’ve overdone Hobart’s wine, whisky, cheese, chocolate and fine food, there’s always a 12km run to the top of Mount Wellington, part of the annual Point to Pinnacle course held each November, to set you right. And don’t forget to enjoy the view while you’re there.

Getting there: Hobart International Airport is about a 20-minute drive from the city centre. Have your camera ready for the stunning view of the Tasman Bridge and Mount Wellington as you approach the River Derwent. Hobart is a city you can conquer on foot, with most major attractions within walking distance of one another in the CBD.

Staying there: You can’t do much better than the Salamanca Wharf Hotel, situated only a few metres from Hobart’s waterfront, fronting Castray Esplanade and backing onto the historic and famous Salamanca Place. Rates vary.

The writer travelled as a guest of Salamanca Wharf Hotel.