Back in the 1970s, when I was closer to the ground, a scent called 4711 Eau de Cologne was having a little moment.

It was a popular, light perfume and I have strong memories of my mother wearing it, dousing her handkerchief in it and, if I was lucky, giving me a dab, too.

Smell is perhaps the most evocative of our senses and, when I walked through the door of the German house of 4711 Eau de Cologne in Cologne, the scent in the air took me straight back to my mother’s bedroom all those years ago.

The massive international success of 4711 Eau de Cologne is a salutary lesson in clever marketing for anyone in business, as I found out when I visited Cologne. I was surprised to discover that it is neither the oldest, nor the original perfume, originating from that city.

Not far away from the familiar gold and turquoise labels at the house of 4711 is the house of Farina 1709, makers of the less well-known, but proudly authentic, Eau de Cologne. Farina is actually the world’s oldest fragrance company, and its Eau de Cologne was used by many of the European royals.

Today, its products are still made by descendants of the original family, who now produce a range of other perfumes alongside the original fragrance. The city was so proud of perfume-maker Johann Maria Farina that it placed a statue of him on the tower of the town hall.

Running a close second, 4711 has been made in Cologne since 1799 and has been using the same formula for more than 200 years. This version of Eau de Cologne was produced by Wilhelm Mülhens, who cheekily appropriated the Farina name for his product. The Farina family challenged this, and Mülhens lost the dispute, but got around it by employing another Mr Farina so he could keep using the name.

Over the years, the company has been hugely successful and 4711 Eau de Cologne is still marketed around the world.

I’m not one to take sides, so I was just as happy to check out both perfumeries. The house at 4711 is very modern, with a fountain pouring the perfume at the door and displaying a full range of the signature product downstairs. 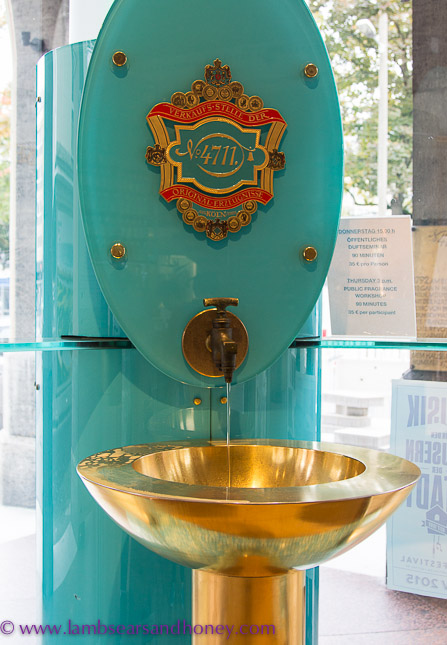 Upstairs is a modest display of historic bottles which is freely accessible. Guided tours of their museum collection are offered, and there is a fragrance workshop which is conducted in German.

The Farina store has opted to focus on its history, with old photos and parts of the historical collection on display, plus a full range of its perfume selection available for  testing. It also offers popular guided tours of its museum, which must be booked and paid for ahead of time. 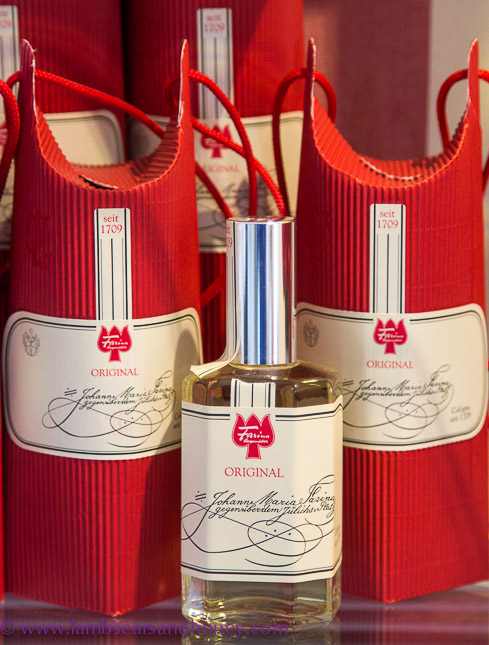 In the true spirit of bipartisanship, I purchased perfume from both producers and bought a bottle home for my mother.

I proudly presented it to her, explaining the story and how it had actually come from Cologne in Germany – an exercise which it soon became obvious was lost on her when she looked at me and noted that she could simply get some at the local chemist.

Cologne, spanning the Rhine River in western Germany, is the country’s fourth-largest city. It is well-serviced by buses (just over five hours from Amsterdam, and 7.5 hours from Paris), and by airlines (direct flights to destinations across Europe).

The city’s most famous landmark is its gothic cathedral. Founded in the first century AD, it also has numerous museums and cultural/historic attractions; visitors can enjoy boat trips along the Rhine River, as well as a vibrant nightlife (according to www.cologne.de, it has more pubs per capita than any other German city).

South Australian writer Amanda McInerney writes about travel and food on her Lambs’ Ears & Honey blog. She was a guest of Eating Europe for her Eating Amsterdam tour.