Shapeshifter Brewing Co’s new brewery and taproom is the final piece of the puzzle for founders Kevin Mulcahy and James McCall, who have been contract brewing Shapeshifter beers for three years.

Over the past three months, the pair has converted a 600sqm Crittenden Road warehouse into a 12-hectolitre brewery and taproom, which opens for business from Thursday to Sunday.

“The warehouse was a good find because it’s a great size and it perfectly suits what we were after,” says Mulcahy.

“Converting it was a lot of work, a lot of blood, sweat and tears, but the result is a great taproom and space to invite people in to try our beers that are now all made here on the premises.”

Known for their flavour-forward craft beers and West Coast IPAs, Shapeshifter will have nine beers on tap with another three guest taps populated by other brewers. 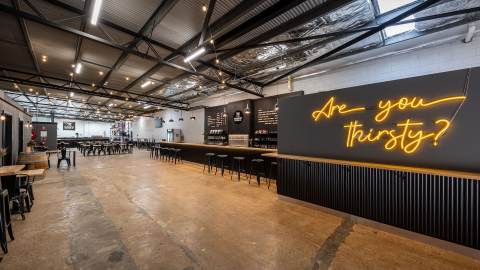 Running a brewing company has been a career change for both Mulcahy and McCall, who met while studying microbrewing at TAFE.

McCall is a graphic designer and Mulcahy is a media veteran of 35 years, including hosting radio shows for Mix 102.3, Triple M and Cruise 1323.

“When you get into a business like this, you can use those skills,” says Mulcahy.

“James designed all of our cans, which are now well-recognised and have become a big part of our brand.

“People don’t expect to find someone running a brewery who used to host radio.”

When they first launched Shapeshifter in 2018, the founders didn’t expect their first four beers to receive such a strong response from consumers.

“The growth has certainly been off the scales for us,” says Mulcahy.

“COVID delayed our plans to build our brewery, but we were able to keep the brand alive and keep the beers flowing.” 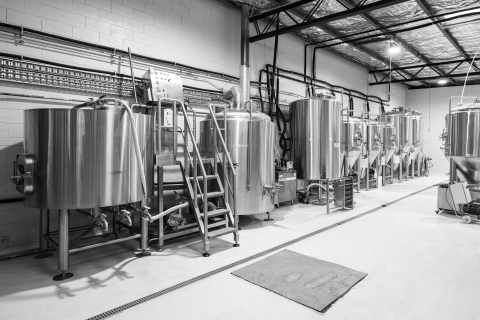 There are now more than 600 breweries in Australia, with shelf space becoming hard-fought in bottle shops, but Mulcahy believes there is still room for more brewpubs and taprooms in South Australia.

“The craft beer scene is still quite young and evolving here in South Australia, and as the brewery industry evolves, you’re going to find breweries are popping up in the suburbs as they are in other parts of the world,” he says.

“In parts of the US and Canada, there’s a brewery on nearly every street corner. We’re following suit.

“The craft brewing industry in South Australia is a great community and everybody gets along really well.

“The guys at Big Shed and Little Bang have supported us, and we also get along well with the guys at Bowden Brewing and Kickback and others around the place.

“It’s a great community to be a part of.”

Now that Shapeshifter has its own brewing facility, the brand will look to increase its presence in South Australia and interstate.

“It really is a craft and we’re concentrating on making sure that every brew is as good as it can be.”

Shapeshifter Brewing is located at 2/54 Crittendon Road, Findon, and is open Thursday from 3pm to 8pm, Fridays and Saturdays noon to 10pm, and Sundays noon to 6pm.