The source of the aroma is Kick Back Brewing, a new brewpub – slated to open in early June – opening next to the Home Grain Bakery at the former Maxwell’s Grocery.

The new business has been in the pipeline for a few years, founded by brewer Brenton Schoemaker – a geologist who left his career in October 2020 to focus on his dream of opening a brewpub.

With the town traditionally known as a summer tourist spot, Schoemaker is stunned by the activity happening around him on a cold and wintry Monday morning.

“It’s a Monday today and it’s officially getting cold and wintry, but that hasn’t affected business down here – the café and bakery are pumping, there’s coffees coming out and pies going everywhere; it’s amazing,” Schoemaker said.

“Aldinga’s booming and there’s a beautiful little precinct here that a lot of people probably haven’t discovered yet.”

Schoemaker, who grew up in the southern vales, decided on Aldinga after a rigorous period of research. With a background in geology and mapping, he spent time plotting out population hubs and tourist spots in order to determine the best location for his brewpub.

“I mapped out SA and started looking around for places where there were decent-sized local populations, tourist hubs and where all the other breweries and wineries were,” Schoemakersaid.

“Aldinga and Port Willunga are big, booming areas and it’s a beautiful tourist destination in the summer. We think we’re going to fit in really well down here.”

Embarking on the venture with support from his family, Schoemaker has refurbished the former site of Maxwell’s Grocery – which relocated across the road two years ago – and constructed a large industrial shed alongside it to house the brewery.

“We’ve significantly renovated the existing building and almost completely rebuilt it, as it needed a lot of work. It looks very different to what it was,” he said.

Plumbing, gas and power also been scaled up to meet the demands of the brewery.

“Next door, we’ve added what is very much a glorified shed — it’s quite beautiful for a shed – and it has more than doubled the size of the building to accommodate for the toilets, the brewery, storage and the cool room,” Schoemaker said.

The existing building is now the taphouse, where visitors will be able look through giant panes of glass to see into the brewery.

“When you walk through the front door, you will see our front bar with 16 taps, and then look straight through some big windows into our brewhouse where everything is on display,” Schoemaker said.

“Depending on the time of the day, you will see different parts of the process happening – you’ll certainly see me cleaning, brewing or kegging.”

This week, Schoemaker is putting the finishing touches on the kitchen, tables and chairs, point-of-sale systems and making sure the dishwasher works – “all the fun things”.

“We’ve built something that we’re really stoked to be sharing with people,” he said.

“It’s a welcoming, warm and inviting space and we want people to be happy about the experience so that they keep coming back, rather than being a once-off tourist visit.

“We’re a very open taphouse with space and big windows.

“In summer we’ll open up to the laneway which faces the bakery and it will feel very connected with the township.”

The “enormous” beer garden offers an expansive grassy space, with plans to build an outdoor kitchen that can cater for summer crowds.

“Many locals are excited; we get new people walking past every day to poke their heads in the window and have chat,” Schoemaker said.

“They want to know when we’re opening or what beers we’re brewing and talk about the smells on the street have changed.

“During the week, we’ll have a brew on and everyone gets that waft of malt and hops.”

Managing the kitchen will be chef Michael Proud, who at the weekend finished his last shift with Hindley Street restaurant Stem. 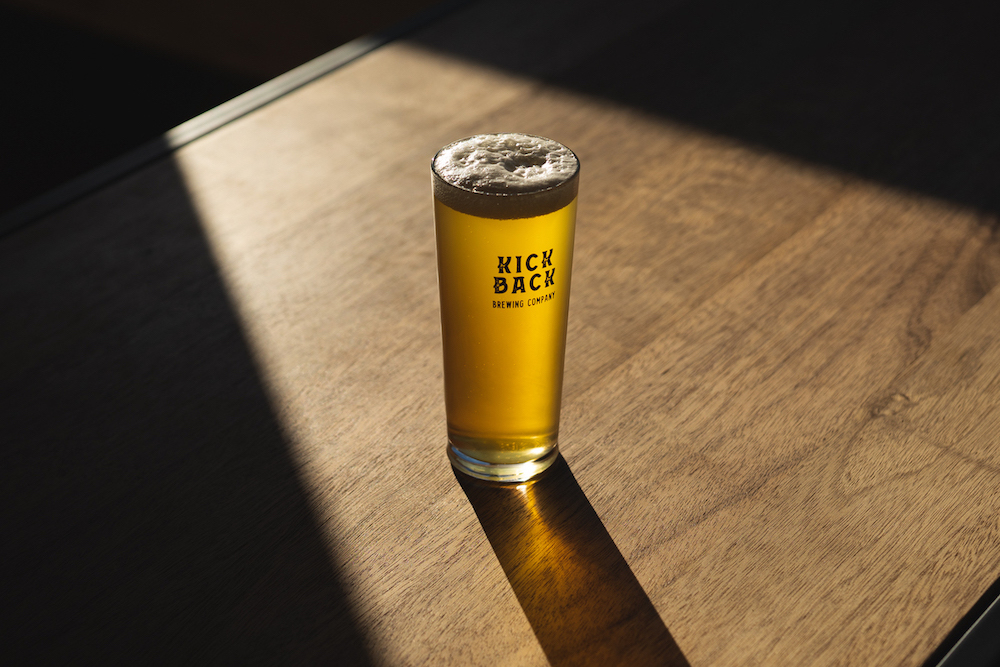 Aldinga’s Kick Back Brewing is slated to open in June. Photo: Sam Trezise.

“IWe’re going to aim above the average brewery fare, but below fine dining,” Schoemaker said.

Initially, the 10-hectolitre brewhouse will only serve tap beers, with the option for growler takeaways and the aim to produce cans in the future.

The first beers out of the taps will be a pale ale, lager, IPA and a hazy pale ale.

“The modern-day brewpub needs to cater to every person and that means brewing beers which are easy-drinking, session-able beers,” Schoemaker said. “We’ve got an easy-drinking pale ale and lager, which will be popular, and then we’ll focus on the crafty end as well.”

In addition to the large 2000-litre tanks, there is a 200-litre pilot system that will allow Schoemaker to experiment with “the crafty end of the craft beers”.

“We love sour, hazy and hoppy beers – and dark and stormy beers – so we’ll be making those and putting it past our punters to get their feedback and get them involved in that discovery process of new beers and new flavours,” he says.

The brewery’s name, Kick Back, is indicative of the experience Schoemaker hopes the brewery will toprovide guests: a place to relax, enjoy good food and beer and socialise.

The business was previously named Deadset Brewing Company but was rebranded in February after Schoemaker ran into some trademark issues. 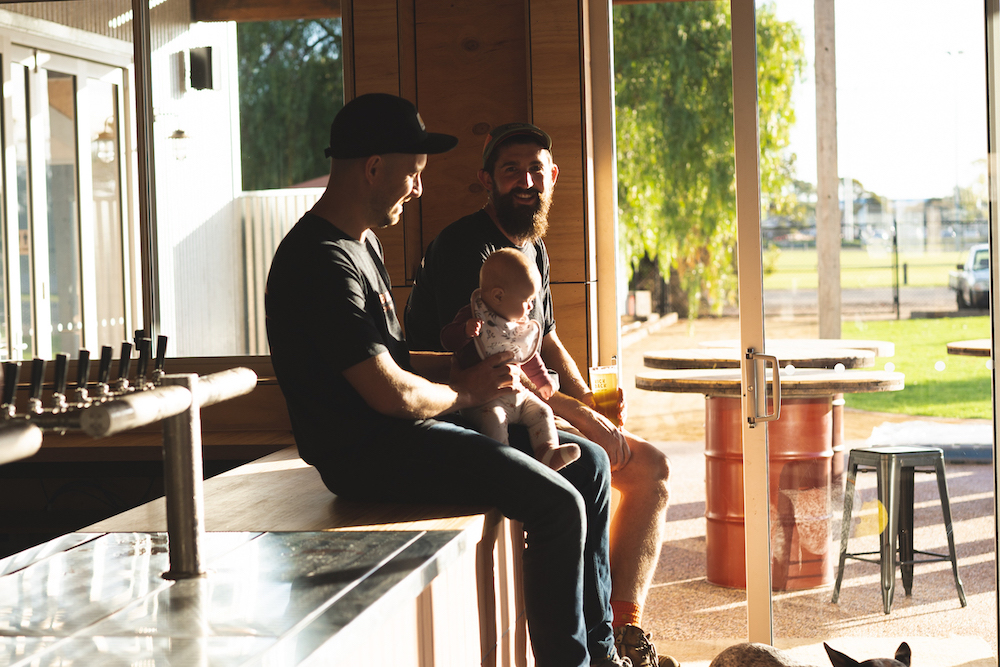 As a long-time amateur brewer, Schoemaker has been working on his beer recipes for many years.

Striving to refine and improve the beer is an ethos he hopes will permeate all aspects of the business.

“Continuously improving our beer quality is what drives the brewhouse and we will be pushing that into our whole operation through the taphouse and the beer garden and the kitchen.

“That’s what drives me as a brewer.”