The venue, which was for sale less than a year after opening, has been taken over by Blaise and Matt Brown, the owners of Unique Homestyle Foods bakery.

In its former life, the underwater-themed bar gained media attention for its extravagance, which included a champagne fountain, plans for a swimming pool and a 25,000-litre aquarium designed to house two hammerhead sharks.

Just over 18 months since it was advertised for sale, the venue’s black walls have been painted white, vines have been strung around exposed beams and brown leather lounges have been placed throughout the space.

But the name and the fish tank remain – although Matt says he has no intention of bringing any sharks into the new Atlantis Bar & Lounge.

“We liked the name to start with,” he says. “It suits the fish tank – it’s nautical.”

Blaise adds the decision to keep the name was cemented by the highly Instagrammed Dubai hotel of the same title.

“We’ve named the beer garden The Palm, which is also the same as Dubai,” she says.

“If you’ve been to the Atlantis in Dubai you know it’s very next level and there’s nothing substandard about any of it. Whether it’s the bathtub, the basin, the chandelier – everything is over-the-top. 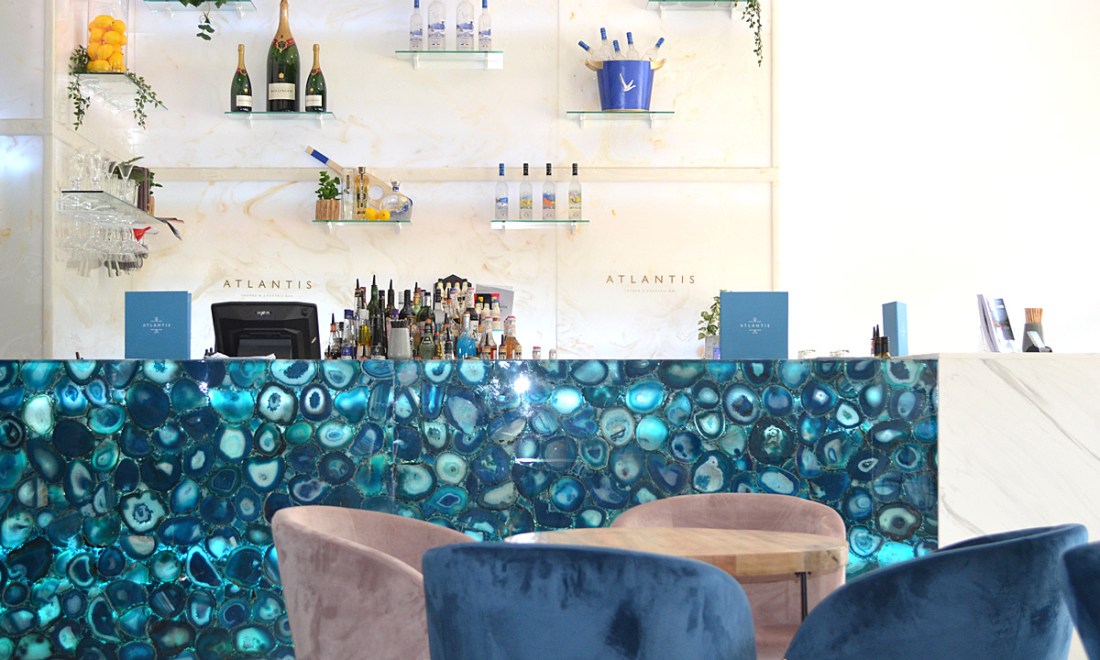 The space is divided into three distinct zones: on one side there are lounges, coffee tables and a DJ booth. On the other side is a vibrant blue bar, and in the rear you’ll find a large beer garden with wood-fired pizza oven.

“We really want to be renowned for being a day bar, with great food,” Blaise says.

To that end, the drinks menu features a fairyfloss cocktail and the signature blue Atlantis cocktail. In the beer garden, sauvignon blanc is on tap and cocktail jugs are available, as well as wine by the glass or bottle.

Menu offerings include lemon and herb-marinated chicken skewers, a trio of house-made dips with pita bread and an antipasto platter.

There is also a range of wood-fire oven pizzas, including a “meat lovers” with Barossa bacon, Adelaide Hills ham, salami and house-made barbecue sauce; a “fungi trio” for the vegetarians, and – in keeping with the brand – a seafood pizza. 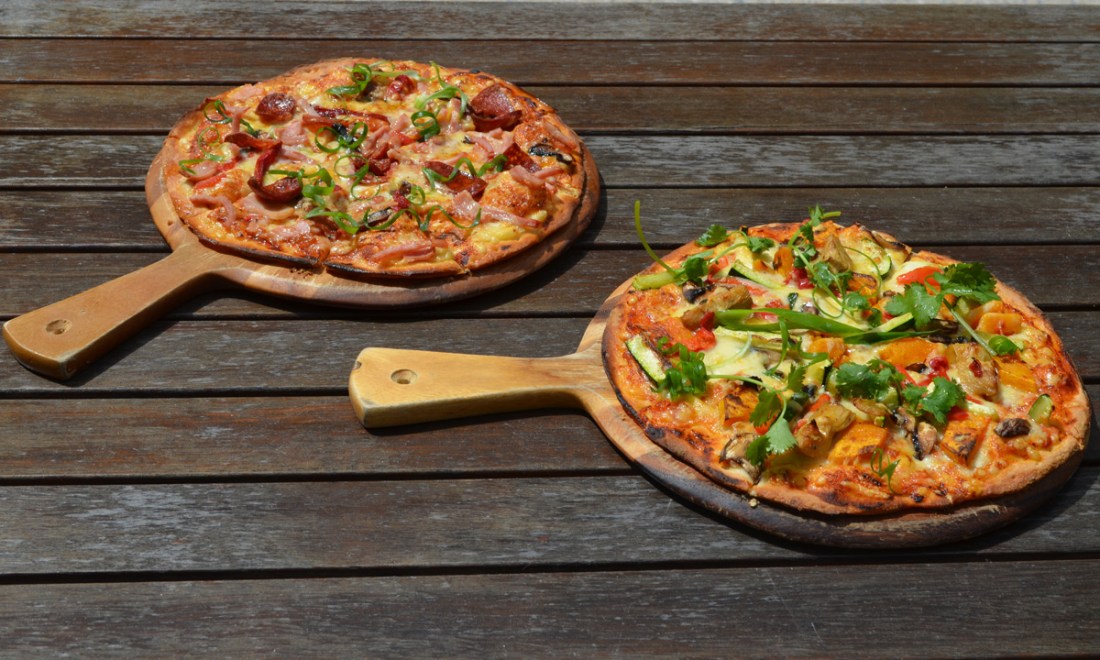 Atlantis Bar & Lounge is part of a larger complex called Precinct B (a nod to the owners’ surname) which will also include a yet-to-be-named whisky bar, function space and 24-hour bakery called Bakery on Waymouth.

Matt says they have staggered the venues’ openings, with plans to fully launch the bakery at the beginning of next year, and the whisky bar and function space by winter.

While the Bakery on Waymouth will operate independently from Atlantis Bar and Cocktail Lounge, a pop-up bakery is set to open in the beer garden next week.

“We’re fast-tracking a portion of the bakery because of demand from all the building works,” Blaise says.

The pop-up will feature savouries such as gourmet pies, pasties and sausage rolls, as well as sweet treats including Danish pastries and quiches.

Blaise says the pop-up and the Bakery on Waymouth will source goods from their wholesale business in Richmond. 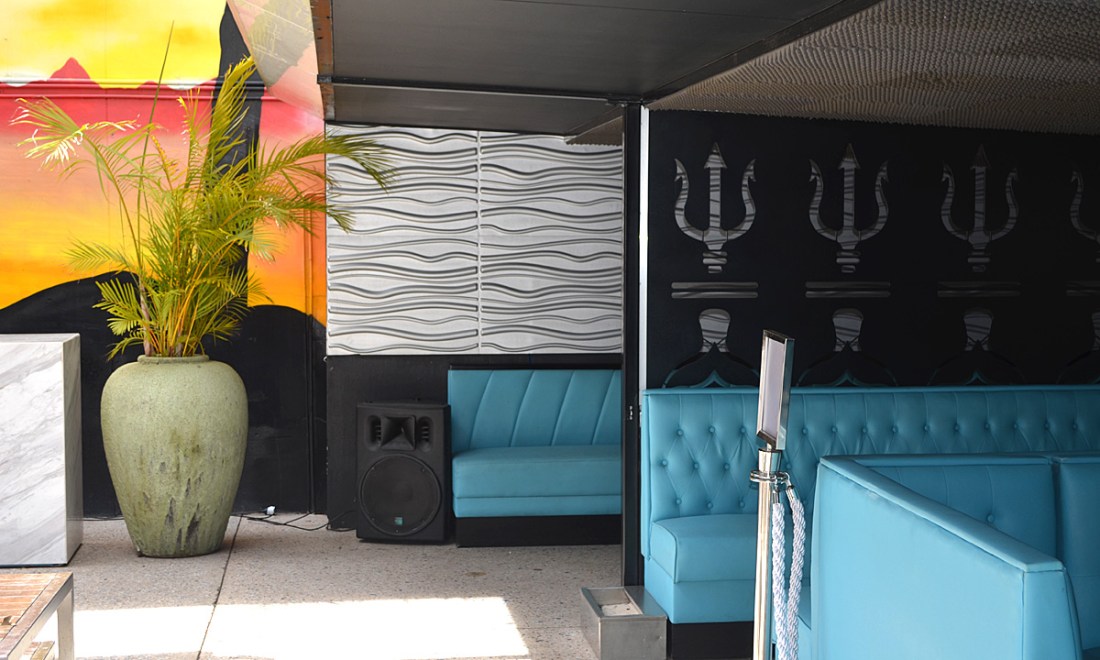