Previously held in Victoria Park, Vegan Festival Adelaide has now relocated to Kadlitpina Rundle Park to accommodate an increase in stallholders, with more than 80 booked for the 2019 event, which will be held across Saturday and Sunday.

One of the new vegan food stalls will be gourmet sausage producer Slape and Sons’ latest venture.

Plant Nation marketing manager Vanessa Slape says the decision to move into plant-based products reflects a new generation of Slapes taking a lead in the business.

“I’m third generation. I’ve got three cousins … we sat down and said we wanted to diversify and have a bit of a new offering to customers; to say, ‘Here’s a protein solution for everyone if you choose to take the leap’,” she says.

A lot of meat eaters can’t even tell the difference

As part of the Vegan Festival, Plant Nation will hold a vegan sausage sizzle, selling its tomato and cracked pepper beef-style sausage and roasted chicken-style sausage. The business also has a range of vegetarian burgers, which are available through the Drakes, Foodland and IGA supermarkets.

Slape believes the growing range of plant-based foods in supermarkets reflects the rise in the number of people transitioning away from meat-rich diets.

“If you’re just looking to cut down [on meat], it’s a good alternative. We do taste-testers at supermarkets and a lot of meat eaters can’t even tell the difference.”

“They’ve been working for about 15 years to get their chicken and beef-style to taste like traditional meat, but remaining 100 per cent plant-based. We use their plant-based meat … and manufacture it into sausages and burgers.”

Also at Vegan Festival this weekend will be Sassi Ice Cream. Huda Al Sultan, a contestant on this year’s MasterChef, founded Sassi because she was concerned about both animal welfare and the environmental impact of the dairy industry.

“I wanted to be an example for my kids, that we care about our earth,” she says, adding that she also wanted to create a product that would be suitable for all her family, including those who are lactose intolerant or dairy-free. 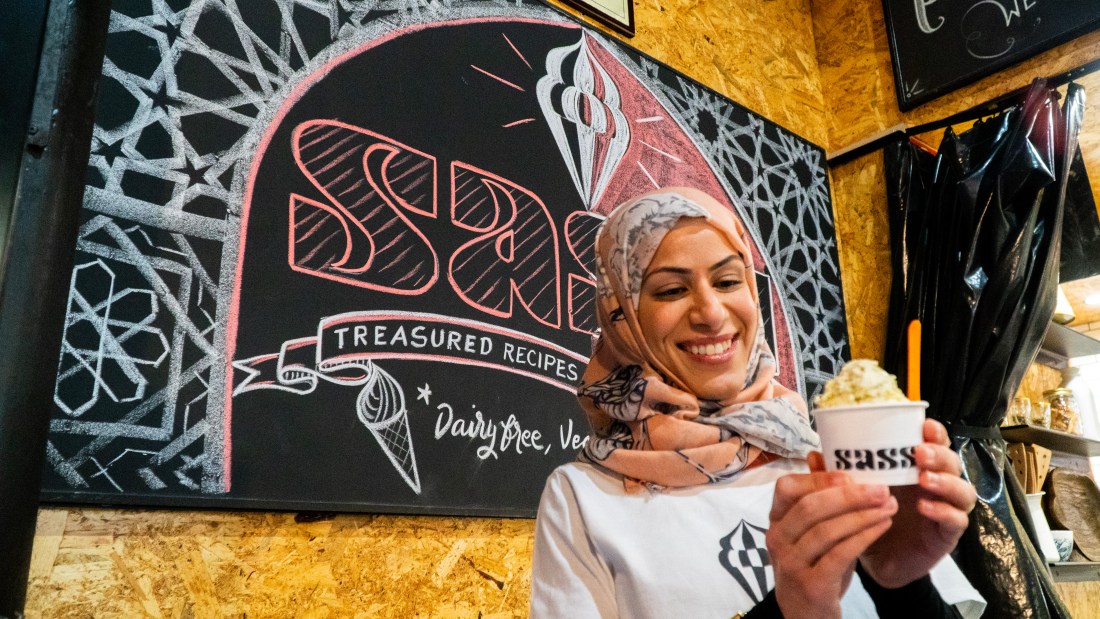 The Saudi Arabian-born dietician says the ice cream is a way for her to share the flavours from her birthplace with her two children through a food that they all love.

“At some stage, I started to look in the freezer in the supermarket for interesting new flavours and I felt all of the flavours were the same, just different brands. Then I thought, okay … let me try and replicate some of the flavours that my kids and I had during some of our visits back to our family in Saudi Arabia.”

When she moved to Adelaide in 2007, she found Middle Eastern ingredients were difficult to find ­– but that’s changed. 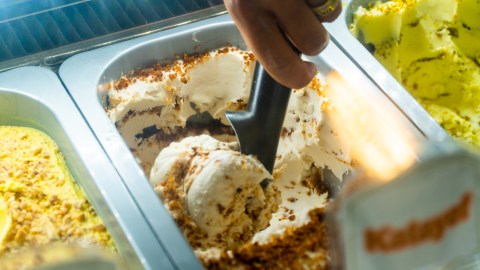 “Now, after 13 years, I can see that the diversity, through food I mean, is starting to grow in Adelaide and lots of cuisines are coming up,” Al Sultan says.

Sassi Ice Cream has seven Middle Eastern-inspired flavours of the coconut-cream-based treat, including Baklawa Dream, which combines ground pistachios, dates and filo pastry to replicate the flavours of the dessert of the same name.

While Sassi isn’t available in supermarkets yet, the ice cream producer had a pop-up stall in Adelaide Central Market this month and can be found each Saturday at Plant 4 Bowden.

Another SA producer, Studio Voodoo, will be sampling three vegan cheeses at the Tony & Mark’s stall at Vegan Festival Adelaide.

Studio Voodoo co-founder Anna Rosewell says it plans to have its creamy cheddar, garlic and herb boursin and creamy dill cheeses for people to taste.

“They’re all quite different and have their own personalities,” she says.

“[But] the most popular is probably the creamy cheddar, just because it is very reminiscent of a good cheddar. Just yesterday I put that into a jar in a spreadable form so people can just swipe it with a knife and put it in a wrap or in their sandwich.” 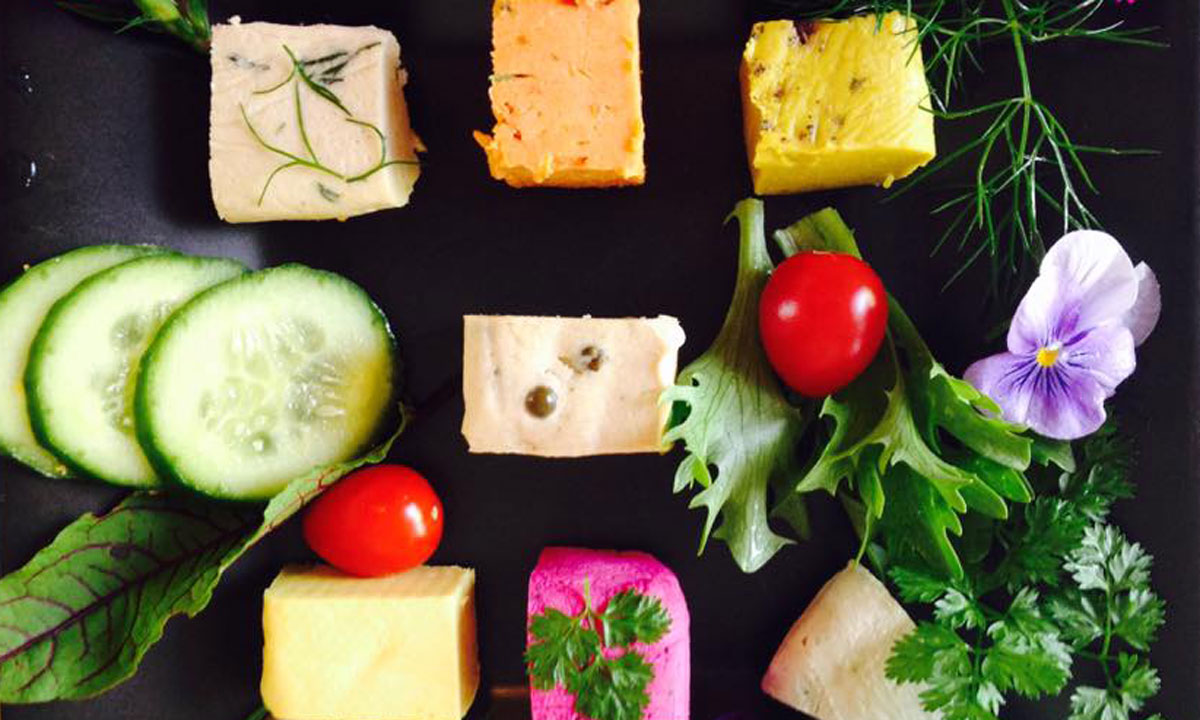 She says Studio Voodoo began as a vegan takeaway and catering business in Morphett Vale. Demand for the cashew-based cheeses grew so much that the business recently decided to focus solely on vegan cheeses, with its products available through Tony & Mark’s and a number of other stockists.

“We started off with one very simple cheese, which was basically just some roasted cashews mixed with some celery and carrot,” Rosewell says.

“That was like a common one that everybody was making at home. It’s very simple, and we basically put that on everything.

“Then somebody gave me a book … I started making them from there and then I started just tweaking them myself.”

She thinks one reason the vegan cheeses are popular is that they share base-flavours with dairy cheeses.

“I find it very, very interesting that like 90 per cent of the [dairy cheese] qualities are actually of a plant-based nature. Like nutty, grassy, earthy, mushroomy … so a lot of the vegan cheeses do have those qualities.”

Rosewell hopes Studio Voodoo will have its own Vegan Festival stall in 2020, with even more cheese-like products on offer.

“I’m also making a new product which comes like a Swiss brown mushroom pate, which will go into jars … and we do a tofu scramble that we’re looking at getting into cafes as well.”

Vegan Festival Adelaide will be in Rundle Park this Saturday and Sunday.