Teaser Tea is part of a well-documented boom in bubble tea joints and its new shop at 44 Gouger Street, set to open next week, follows the launch of two others since February this year at Adelaide University and on North Terrace.

Owner Disong Cheng says a large part of the modern tea room’s appeal is that it not only offers Chinese-style milk and fruit teas but also yoghurt blended with fruit, sticky rice and oats.

Also known as pearl milk tea or boba, bubble tea traditionally has a black, green, oolong or white tea base and is served cold with milk, sugar syrup and tapioca balls.

The tea store also serves Yogurtea. Not to be confused with flavoured yoghurt eaten with a spoon, it is a three-layered beverage that requires a good stir before drinking.

“For example, on the mango yoghurt that’s fresh mango on top, in the middle that’s mango blended with yoghurt and tea, and on the bottom that’s [plain] yoghurt,” Cheng says. 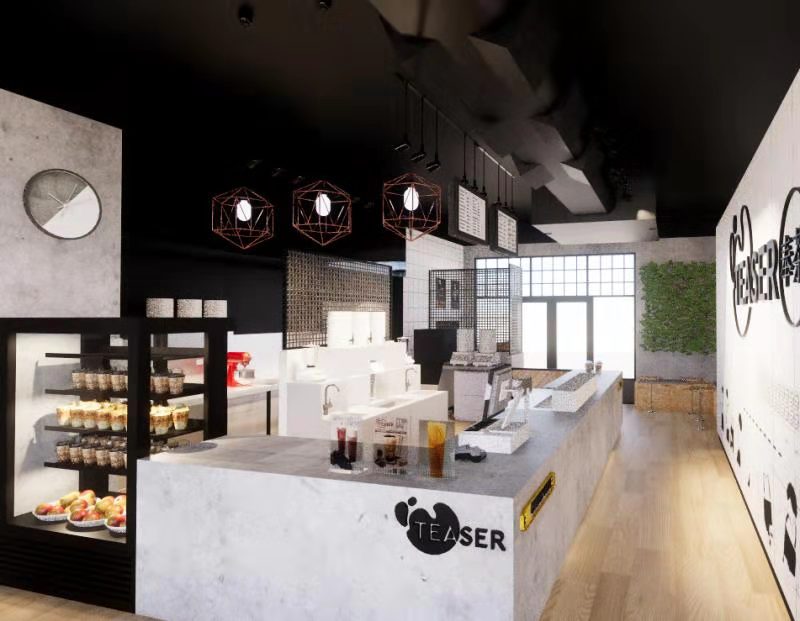 An artist’s render of the new Teaser store in Adelaide Central Market.

Like most bubble tea stores, the Central Market shop will have a selection of 14 toppings that can be added to its drinks, including aloe vera, black sticky rice and tapioca balls.

Cheng says its teas are freshly brewed every morning.

“We cook the tea in the morning for two hours. Normally our shop opens at 11 o’clock so we need two hours preparation time just to cook the tea.

“Our most popular drink is the Super Fruit – [it’s] one litre and has strawberry, watermelon, blackberry, orange, pineapple, apples, everything.

“We also mix our yoghurt, for example, with the black sticky rice.”

Teaser opened its first store in Melbourne last year, after which Cheng bought into the franchise and expanded the business to South Australia. He plans to open a fourth store in Glenelg in the next two months, in preparation for summer.

Despite being part of a franchise, Cheng says he would like each of his tea shops to have a unique fit-out.

“They [the shops] all have different looks. I believe the Central Market one has a more natural feeling because we use natural wood and concrete.”

The Adelaide Central Market space Teaser is moving into was previously occupied for about 20 years by T BAR tea salon, which closed at the end of June so the owners could focus on other arms of the SA family business, including its Rundle Place shop and Torrensville-based wholesale operation.