The menu will be launched on Monday in the bar’s Tasting and Baily rooms.

Proprietors Michael and Margie Andrewartha opened The Tasting Room three years ago, alongside the Cellars’ new shop on the southern side of Vardon Avenue. The Baily Room was added last year after they secured a neighbouring 132sqm building.

Until recently, food at East End Cellars was limited to cheese and charcuterie platters, soup, a small selection of toasties and a rotating specials board.

Chef Georgie Rogers, who joined the team in March, says the bar has now changed its focus to seasonal menus featuring “plated-up dishes” made with seasonal local produce.

“We wanted to pay attention to our suppliers, so we’ve got Massi’s meats, Nomad Chickens, [and] Little Acre, who do the pâtés and terrines,” she says.

“I’m also excited by the sandwich menu having some proper offerings because before, we just had some simple toasties with only a couple of different ingredients, but now we’ve got some that are a bit more elaborate – both fresh and toasted.”

Rogers points to a selection of shared plates on the spring menu as standout dishes, including a vitello tonnato with Massi’s slinzega cured veal, and smoked trout rillettes with horseradish, peas and rye crackers. 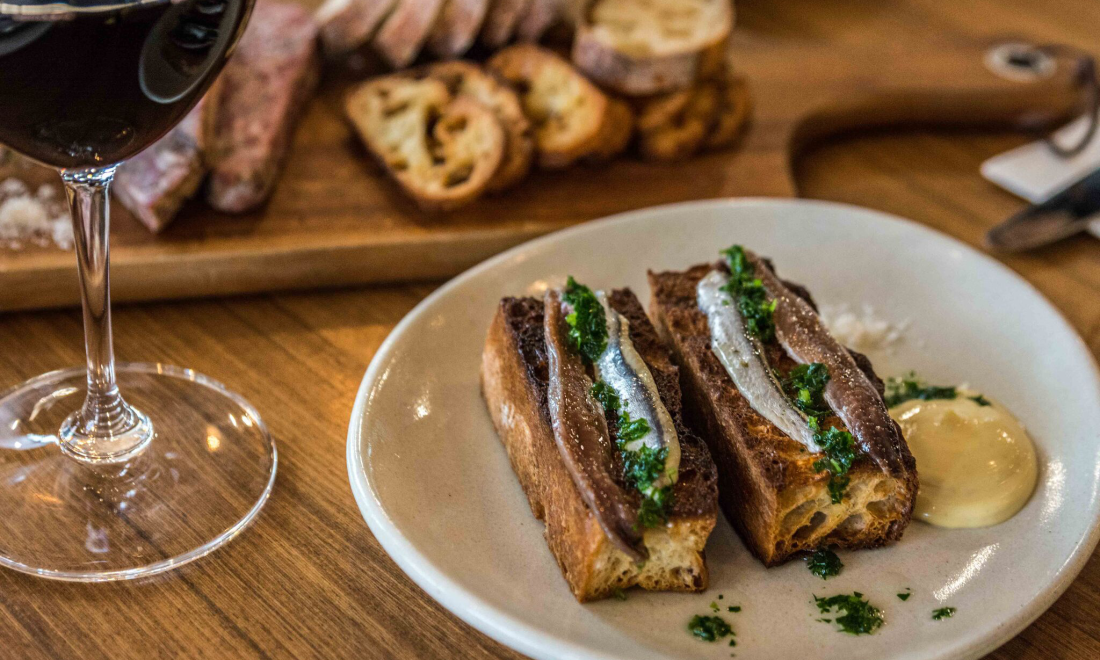 “We’re evolving the menu through spring to be an all-day menu – no lunch, [and] no dinner – everything is on offer throughout the day, so you can come in and have something more substantial for dinner if you like or come in for something smaller for lunch,” Rogers says.

“This makes it into more of a structured routine for us and our customers – you’re going to know that every three months that there is a new menu but there is also specials that come up depending on what’s available at the time.”

She was a regular customer at East End Cellars before she became its inaugural chef.

“When I walked in here and I could see that the meat and the cheeses that were already being served were the best, I knew I was walking into a place where people appreciate food.

“The thing that I like most about working here is just having such an amazingly curated selection of wine, and people that really know a lot about wine.” 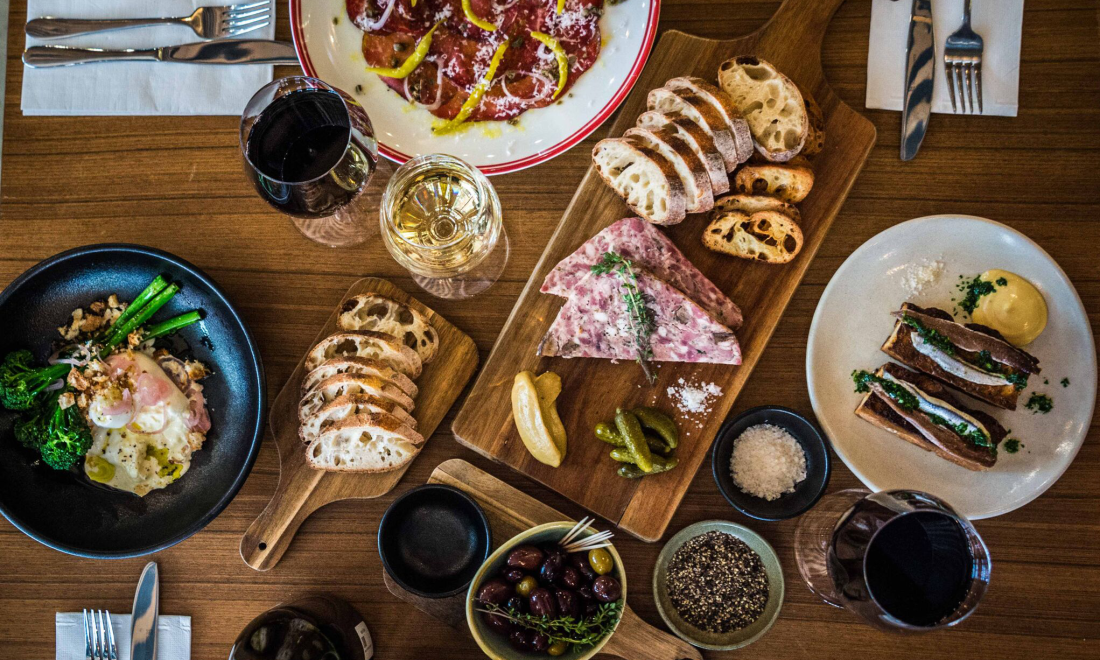 Owner Margie Andrewartha says the idea behind the shared retail and dining experience was inspired by the hospitality scene in France and Italy.

“When you think about it, most restaurants start with their food menu and then incorporate a relatively small wine list around that; here, we’ve got this enormous selection of wine and we’ve curated a food menu around that – it’s like we’re doing it in reverse,” she says.

“It’s straight out of Italy and France, where they have these wine bars attached to tiny retail places.

“The simplistic idea is, you can buy a bottle of wine and you can walk over here and then you can have some tapas-style small plates of food to share.”

Co-owner Michael Andrewartha says while the business will never become a “full-blown restaurant”, the bar’s menu will continue to grow.

“We want to keep the menu fresh, keep the menu rotating, trying to keep it local and offer foods that work well with the wine that we sell.

“It’s quite a unique food and wine experience and people absolutely love it.”