A new show secretary, Damien Liebelt, and young committee of helpers with fresh ideas has taken over the reins from Uraidla local Rosie Schultz, who for 20 years has run the show almost single-handedly.

“The town has been going through a recession and the show had been in decline for a number of years, but with local community group Imagine Uraidla starting up in response to that and working to get the town back to what it was, the community has really pulled together in support of the show,” says Liebelt.

Being located in a traditional market gardening and horticultural area, the Uraidla & Summertown Country Show is known for its outstanding fruit and vegetable and flower displays, as well as cookery and poultry competitions.

For more than 10 years, an area of the show has been dedicated to the Uraidla Sustainability Fair, which offers information and ideas on sustainable lifestyles through technology, education and efficient living. 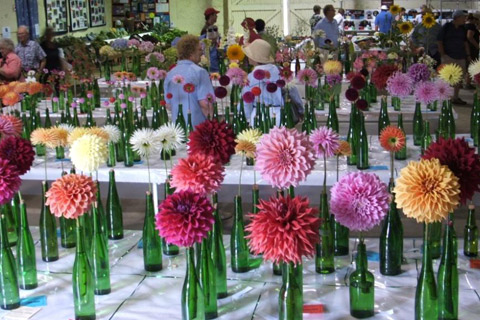 Liebelt says that all those traditional show activities will remain, but this year there will be renewed involvement from the local community.

“The show will have a new wine tent with 13 very small wineries from within 20 kilometres of Uraidla offering tastings and sales – in most cases the person offering you tastings will be the same person who tended to the vines, harvested the grapes and made the wine.

“Every member of the Basket Range Cricket Club is expected to enter an orange and poppyseed cake into the cooking competitions this year.

“And the CWA [Country Women’s Association] is coming up from the Woodside and Adelaide branches to do cooking demonstrations from their latest cookbook, Calendar of Cakes.”

The Country Show Luncheon has been moved inside the Uraidla Football Club to make room for the cooking demonstrations.

“Preserves and cookery are a long-running staple of country shows, and with the recent explosion of cooking-based entertainment and the resulting culture, many people in the Adelaide Hills are having a go at the recipes of their grandparents,” says Liebelt.

“Last year the record was broken for the most-ever entries in the baking section. Even those without a huge amount of experience can have a go. The CWA scone competition is relatively easy – all you need is a packet of Laucke scone mix from the supermarket.

“This competition is sponsored by Laucke, with a portion of the proceeds from the sale of every packet of their scone mix going to the CWA.

“Winners of this contest proceed on to a regional final and if successful then go on to the Royal Adelaide Show to compete for the title of best scones in the state.”

The fruit and vegetable competitions and displays are also a popular part of the show program. “Due to the area’s long history of rhubarb production, many local home gardens still grow rhubarb varieties not seen in supermarkets for decades. The size and deep red colour of the stalks is incredible.” 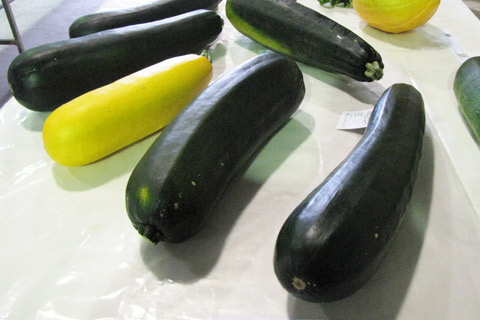 A popular section in the vegetable competition is for the longest zucchini.

Entries in the fruit and vegetable and fresh meat and smallgoods sections are auctioned off at the end of the day, when there are always bargains for show-goers to take home.

“The vegetable display in the main hall is provided by Cobbledick Bros, the last remaining vegetable-growing family in the area,” Liebelt says. “At 4.30pm, it all goes on sale when show-goers barter with Ken Cobbledick for the best price. Within an hour, half a tonne of vegetables are sold.”

A country show and festival food

In a break from tradition this year, the show has opened its gates to food trucks, and some familiar vendors – including Gourmet Grillerz, The Travelling Greek, and Pass the Dutchie – will pull into the Uraidla Oval on the day.

For next year’s show, the committee has plans for a new November date so it doesn’t compete with Adelaide Fringe events. Liebelt says it also wants to include more local cherry growers and wine producers, and to re-instate a local wine competition.

“The competition will be known as the East Torrens Wine Prize and will enable the micro-region’s wines to be benchmarked against one another.”

More information about the Uraidla & Summertown Country Show can be found here.