In this week’s column: Barbecuing the American way, dining with Cheong and Salvatore, one of Adelaide’s best bakery pies, and cellar doors with altitude.

Adelaide barbecues used to be all about chops and snags and cans of West End. The 1984 advertisement “I’ll slip an extra shrimp on the barbie for you”, starring Paul Hogan, was proof that the barbecue was Australian cuisine. We claimed it.

That was before US rocker chef Drew Akin arrived in Adelaide a couple of years ago with his Yoder smoker, and the plethora of small breweries popped up, changing the beer and barbecue landscape from big brewers and sausage sizzles to small-batch brewing and smoking.

Akin originates from Birmingham, Alabama – “the heart of Dixie in the south-east of the US”. According to him, Aussies don’t barbecue, we grill. And beer? Well, there was “beer” and now there’s “good beer”.

“Australian barbecues are known as grilling, using direct heat and high temperatures,” explains Akin. “In the south, where I come from, we know barbecue as using low temperatures and indirect heat for a long time – up to 18 hours cooking.

“I’ve been eating barbecue since I was a baby and working in barbecue restaurants for 21 years. It’s dude food; it’s American food; it’s beer food; it’s what I know how to do.”

Atkin can also play music. He met his wife, Rachel, from Adelaide, when playing at a rock heritage festival in Tennessee with his band Caddle and now works as head chef at North Adelaide’s Curious Squire.

“When I arrived in Adelaide, there were a couple of restaurants experimenting with southern-style barbecue on the back of the burger movement,” he says, “but at Curious Squire we were the first restaurant to focus on it.”

At the Adelaide Beer and BBQ Festival next month, he will share his skills and know-how as a guest chef in “The Ghetto Smoke Show”, showing people how they can barbecue southern-style in their own backyards.

“I’ll be doing a performance barbecue, building a smoker out of besser blocks and smoking a whole hog (pig), nose to tail,” he says.

“I want to show people how they can make a smoker for a couple of 100 bucks rather than spend thousands on a smoker. If you’re having a party you can barbecue a whole hog and keep your prices down – it’s called a pig dig. It’s a labour of love and a fun thing to do.”

Festival-goers can watch Akin every step of the way, from the construction of the backyard smoker, to the preparation and cooking of a whole pig. Every four hours he will baste the pig in a mixture of beer, apple cider, vinegar, Worcestershire sauce and chilli. And after it is done, Akin will serve the pork pulled on plain white bread with candied jalapeno, pickled red onions, pickled gherkins and homemade barbecue sauce.

“The second dish I will show people how to make is grits and greens. Grits is a polenta type of corn and greens is stewed vinegary collard which we serve with pulled pork, French-fried-onion straws, a little bit of barbecue sauce and a little bit of Tabasco.

“I’ll be using the recipes that have been passed down from a couple of old African-American chefs who taught me everything I know. I want to share this knowledge that was given to me a long time ago to introduce Australians to a new way of barbecuing.”

At the Adelaide Beer and BBQ Festival, Akin will be joined by fellow chefs Jordan Jeavons, Andy Nowell, Duncan Welgemoed, Brendan Bell and Sam Worrall-Thompson, who will all give their own barbecuing demonstrations. Local and international beer and cider brewers – including Lobo Cider, Birbecks Brewing Company, Rehn Bier, Swell Beer and Clare Valley Brewing – will be selling their artisan brews.

The event will be held from July 10 to 12 at the Adelaide Showgrounds’ Brick Dairy Pavilion and lawns, with a feature bar dedicated to the winning brews from the Royal Adelaide Beer and Cider Awards.

A temporary restaurant is set to pop up in Victoria Square as part of Channel Seven’s new reality-TV series Restaurant Revolution.

Inspired by the pop-up phenomenon, the network is this month craning restaurant “shells” into five Australian capital cities, where teams will be be given the chance to live their restaurant dream and try to turn it into a money-making reality.

Seven envisages the series as offering an interactive experience for viewers, who will be able to dine in the restaurants and experience the food, service and atmosphere for themselves. 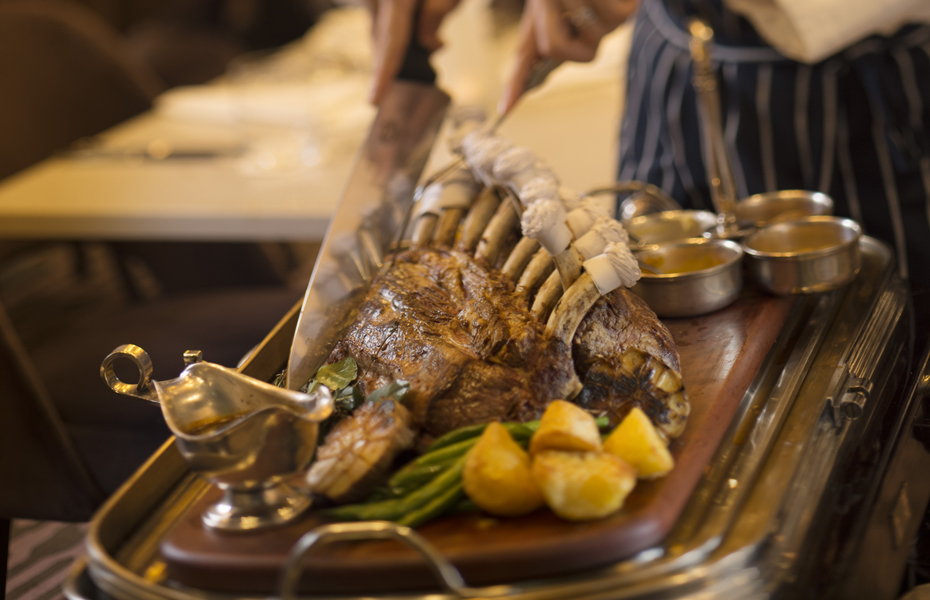 Roasted Berkshire pork is on the menu each Thursday at Mayflower restaurant. Photo: supplied

At the Mayflower: The Forager was lucky enough to dine at the Mayflower restaurant at the Mayfair Hotel recently with Adelaide chefs Cheong Liew and Salvatore Pepe and photographer Tony Lewis. The decision was made to share in order to try a few different dishes, and in that company you leave it to the experts. Here is what they ordered: To start with a glass of Spanish Tio Pepe dry sherry as an aperitif, followed by freshly shucked Coffin Bay oysters with champagne mignonette dressing and Cloudy Bay clams, baked with jamon and parsley crumbs. The carvery trolley was a real source of interest on the day, and for mains they ordered a glass of 2014 Ministry of Clouds Tempranillo Grenache from McLaren Vale to go with the rack of Berkshire pork with caramelised apple; duck and tangerine pie; triple-cooked hand-cut chips, and  apple and cabbage slaw. When the dessert trolley came around, nobody had room for any more food, but Liew and Pepe couldn’t resist an elegant crème caramel with four spoons and an espresso coffee before disappearing into the kitchen to chat with Mayflower head chef Bethany Finn, who many years ago trained under Liew at the Hilton. 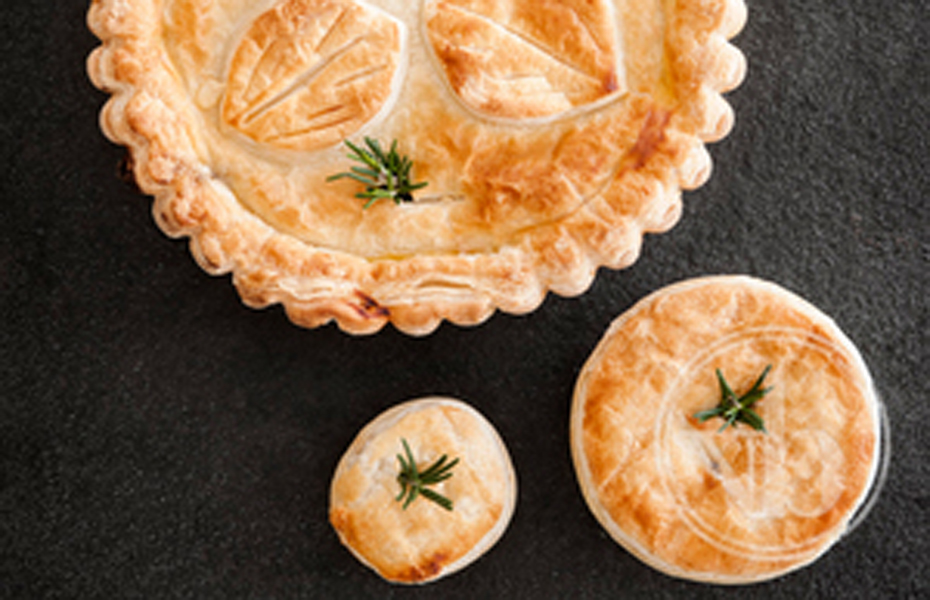 Try this pie: Baker Ben Sachse (former chef and owner of The Village Baker) won the Best Bakery Lunch award for his Braised Lamb Shank Pie at the Royal Adelaide Show in 2009 – and we can see why. Sachse uses lamb shanks from the Limestone Coast for these pies, braising them for more than five hours in the bakery ovens until the meat is falling off the bone. The pastry is buttery, flaky and there’s even a sprig of fresh rosemary poking out the top. This pie will restore your faith in bakery-bought meat pies. 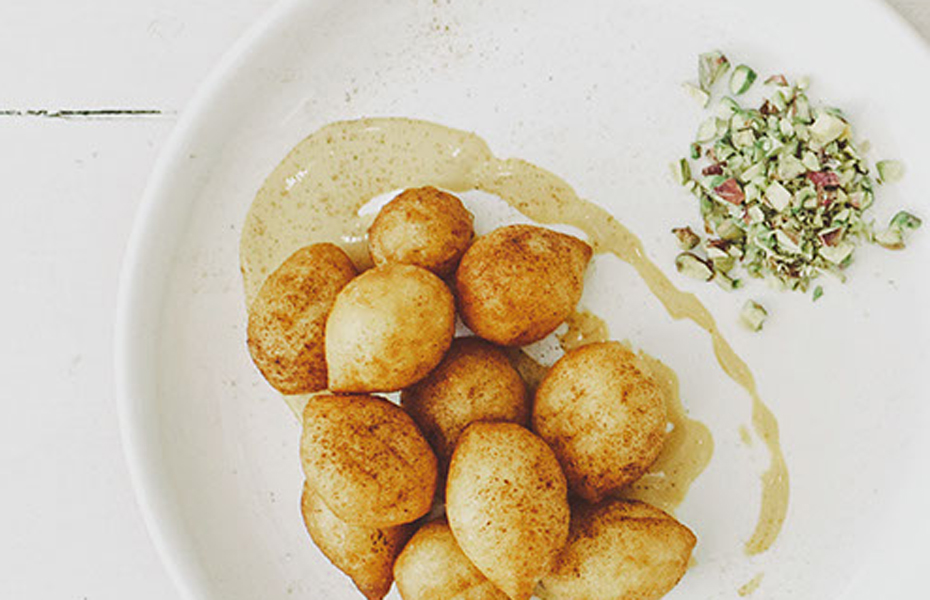 One of the desserts at Olea Restaurant. Photo: supplied

Taste of Greece: If you can walk past the pokies room, which is right at the original entrance to Electra House, without spoiling your appetite, Olea Restaurant on the first floor is a lovely place to dine. Olea offers traditional Greek dishes and some Hellenic wines, presented in a modern context. The casual interior is whitewashed and vaguely reminiscent of the villages that cling to that Mediterranean coastline, an unusual juxtaposition in a grand turn-of-the-century building. If you’re sharing, think carefully about the order in which your dishes will arrive or some of the more subtle dishes will sadly get lost among others with bolder flavours. The service was excellent when The Forager visited, as was the Plomari ouzo and cucumber gelato. 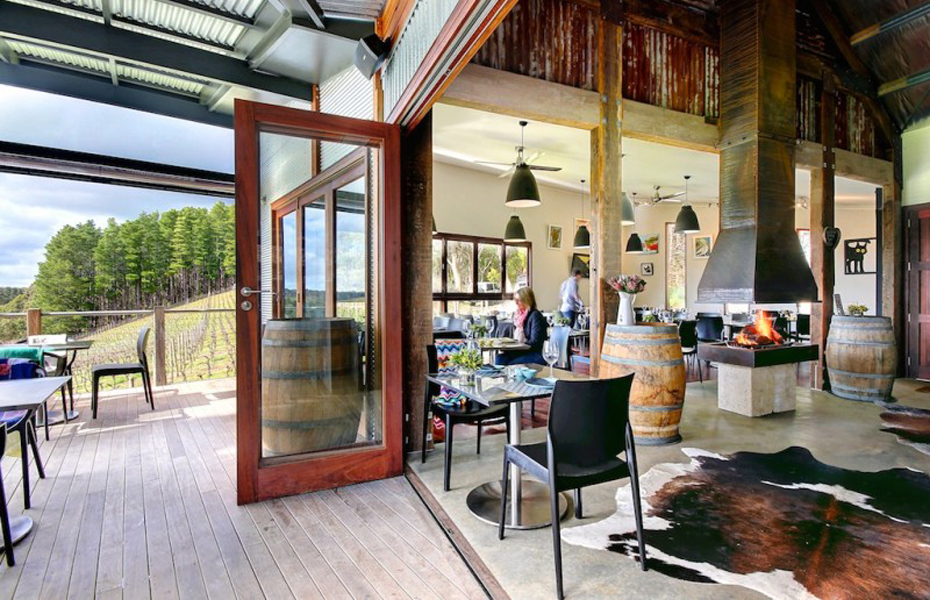 Wineries with a view: An interesting cluster of Adelaide Hills wineries have pioneered the production of cool-climate wines at Lenswood, on the north-eastern side of the Adelaide Hills in the heart of what has been traditionally apple country. The cellar doors at Pike and Joyce, Mt Lofty Ranges Vineyard, Golding and JL Etching are all within close proximity and make for a great day out wine tasting. The views from Pike and Joyce and Mt Lofty Vineyard are as extraordinary as those you will see from Mt Lofty House. In fact, we’re told the Pike and Joyce cellar door is the second-highest point in the Hills after Mt Lofty.

Check the Adelaide Hills Wine Region Winter Reds Weekend program for specific winery events from July 24 to 26 or book into Pike and Joyce and Mt Lofty Ranges Vineyard for lunch as part of the SA Tourism Commission’s new Land of the Long Lunch campaign (above) during June, July and August, during which you can experience Hills-produce-inspired menus. Just remember to bring a pocket full of white pebbles to find your way back home.

This week at the Adelaide Farmers’ Market 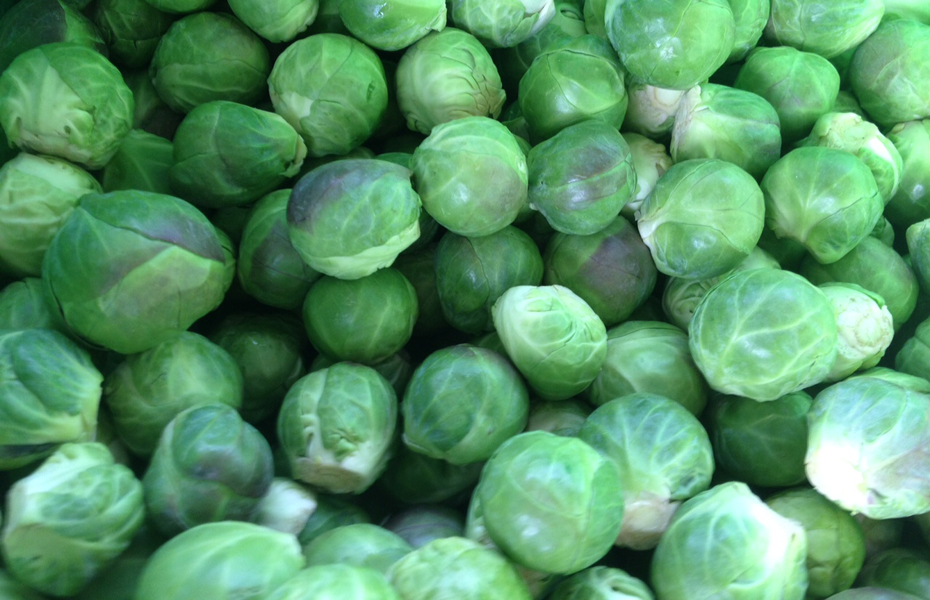 They are grown in cool conditions for their flavoursome edible buds that look like miniature cabbages. Although brussels sprouts are small, they pack a big nutritional punch with good amounts of vitamin A, vitamin C, folic acid and dietary fibre.

Enjoy steamed brussels sprouts tossed with a little butter, wholegrain mustard and chopped fresh dill. Or sauté some chopped onion and bacon in a tablespoon of butter, add quartered sprouts and a big dash of white wine. Put the lid on and cook for 5 minutes, before adding a dollop of cream and a freshly ground salt and pepper.

Local producer Hart’s Vegetables grow brussels sprouts on their farm near Meadows. Visit their stall on Sundays from 9am-1pm at the Adelaide Showground Farmers’ Market.

Charles Melton Wine Dinner – June 25
Barossa winemaker Charles Melton will host a four-course dinner with matching wines at the Arkaba Hotel. Tickets are from $85. The menu and further information can be found here.

Paracombe Wine Lunch – June 26
Paracombe Wines’ Kathy Drogemuller is hosting a four-course lunch at the Kensington Hotel with wines to match. Tickets are $69 per person. The menu and further information can be viewed here.

OOP Cooking Classes – July and August
Each month at least two renowned chefs hold cooking classes at the in-store demonstration kitchen at Outdoors on Parade.  Chefs include Shane Wilson, of Bistro Dom, with wines by Battle of Bosworth; Lachlan Colwill, Hentley Farm, with wines by Hently Farm; Tony Carroll, Jolley’s Boathouse, with wines by Hesketh; Somchit Siow, Star of Siam, with wines by Fox Gordon; and Duncan Welgemoed, Africola, with wines by Henry’s Drive. All classes are $110. Check the website for dates and further information.