My 66th birthday was coming up, so my Darling One and I thought to make a day and a night of it. We booked a courtyard room, a pre-prandial “couples” massage, and the dinner.

We were vouchered (and supplemented at the last minute) to the seven-course degustation, but we didn’t want to be there all night. Also, once we’d seen the à la carte menu, we wanted to try more of the dishes on offer. We usually order different things and share, so we got two examples of four courses (starter, entrée, main, dessert) – eight dishes in all.

This is not a restaurant review. All I will say about the aesthetically pleasing gastronomic delights we sampled leading up to the Big Moment is that the only recent experience exceeding it was our nine-course, wedding anniversary dinner last year at a Michelin-star restaurant in Cagliari, Sardinia. It was really, really excellent. We were flabbergasted.

But then came the beef dish and epiphany.

There were two styles on the one plate, with accoutrements. One was described as “wagyu brisket” and the other as “striploin”, which we had rare.

I am a former denizen of Texas, where I lived for 10 years, both in South Texas and in Dallas. Texas is the home of slow-cooked, mesquite-smoked beef brisket. It probably would be the state dish, if there was one.

As a former newspaper reporter, I travelled all over the state, from far east to far west, from all along the southern border region to the Panhandle in the north. In just about all of those places I have eaten “BBQ”, beef brisket slow-cooked on a barrel smoker for at least eight hours, or a version of it (for example, Mexican barbacoa).

Although I eat more vegetarian food these days, during my American life I was an apex carnivore, and the daughter of one. My father’s chargrilled filet mignon remains the best I have ever tasted, with the possible exception of a Chateaubríand I shared with my mother in 1974 at Le Guinguette á Trois, a restaurant in the old city of Montreal that has not survived to the present day.

My father’s technique was refined over decades — charcoal briquettes ash-red on the Weber, which seemed to take about an hour to develop (the fire had to be even), water-soaked mesquite at the ready — and always began with the perfect piece of beef: custom-cut filet mignon, exquisitely marbled, 8-12cm thick and 30-35cm long before cooking, lovingly massaged with salt, pepper and garlic.

This is simply to present my bona fides as a beef eater in general, and a brisket eater in particular.

Needless to say, I was thrilled at the arrival (finally!) of slow-cooked BBQ brisket and Texas smokers to these shores several years ago. With only one or two exceptions, however, I have always been a bit disappointed (sometimes really disappointed) at the result. 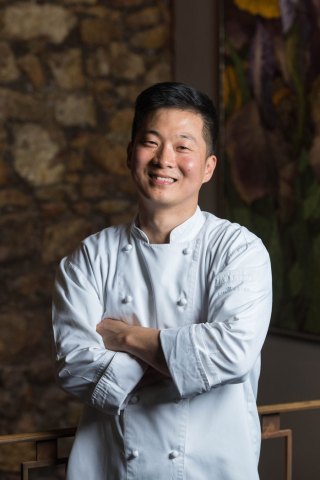 So, I was feeling just a bit snooty, and wasn’t expecting much — despite the glory of the meal to that point — when I took my first forkful of brisket in the Hardy’s Verandah Restaurant at Mt Lofty House.

It was one of those OMG moments. The beef just melted onto the fork (the benefit of wagyu marbling and long cooking), and the flavour was unlike anything I have ever tasted, anywhere: sweetish but not too sweet, dark, rich, complex. The grilled crust was perfect. Every mouthful was a revelation.

I called for chef Jin Choi. I wanted to know if this magic had been worked in a smoker or a conventional oven and a grill. The response indicated the cooking involved several separate steps that made it clear this wondrous, complex piece of beef had been artfully constructed. This was no marinate-and-cook job, it was gastronomic architecture. (Chef Jin has kindly shared his recipe at the end of this article.)

So there it is: Hardy’s Verandah Restaurant at Mt Lofty House makes possibly the best beef brisket on the planet, not simply in Australia.

It’s so good you wouldn’t want to put it on bread in your wildest dreams. There isn’t a brisket in Texas (that I know of) that can touch it. For a former Texan, it is practically a religious experience. 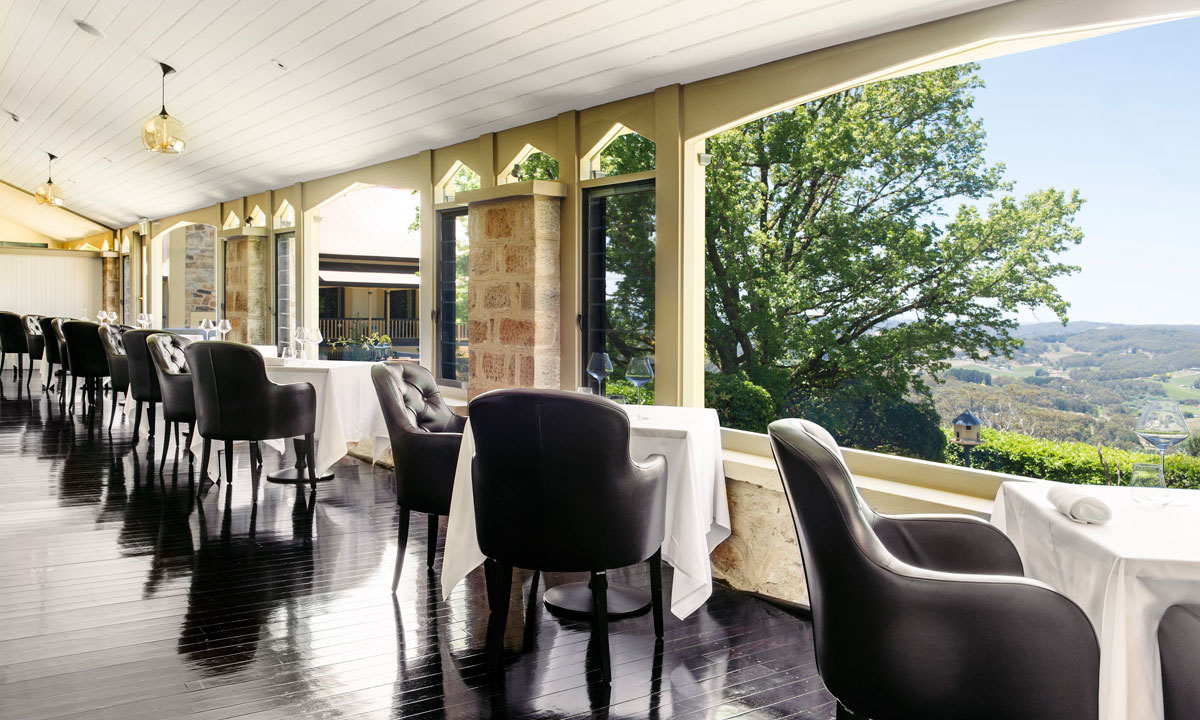 Okay, so why did I say “hedonic experience” rather than merely “gustatory” experience? Well, the whole experience at Mt Lofty House was stunning.

The massage in the fragrant Stables Day Spa was excellent. Our room was beautifully furnished and very comfortable. The four-poster bed, in particular, was to-die-for; I slept like the Princess Without the Pea. The complimentary toiletries (Appelles, Australian-made) were so fantastic, I’ve already sourced the hand/body wash and skin lotion online.

Above all, the service was superb in every respect. Everyone was helpful and nothing was too much trouble.

So, when my Darling One’s birthday rolls around later in the year, it’s back to Mt Lofty House for us. Next time, we’ll look forward to hearing the history of the place, which was almost totally destroyed in the Ash Wednesday bushfires. The entire establishment has been renovated in recent years, and new facilities (including an expanded day spa) are being built.

Yes, it is expensive, but we came away feeling like we’d had a holiday.

Right in our own backyard. Who would have thought?

Disclaimer: With the exception of the dinner gift voucher from our friends, who have no relation to Mt Lofty House, we paid for everything ourselves. This is the first review of this kind I have ever felt compelled to write.

You can see the current Hardy’s Verandah menu here.

The brisket dish is an adaptation of my mum’s favourite recipe. I braise the brisket overnight in an Asian braising liquid and use that to glaze the meat when serving.

Bring all ingredients to the boil then simmer for an hour. Strain. Retain the liquid.

Remove fat from the brisket then sear in a hot pan until golden brown on both sides.

Place the brisket and braise base into a suitable casserole pot or pan. Make sure the brisket is submerged in the base and then cover the pan with foil.

Pre-heat oven to 100C then place in the oven overnight to cook. The next morning, allow the brisket to cool, then remove from the pan.

Strain the braising liquid, reduce on a medium heat until it forms a syrupy texture and add back to the brisket

Divide the brisket into six even portions

To serve: Gently reheat the brisket with the reduced soy glaze.