Ayers House director Richard McLeod says the event will be a “blast from the past” that harks back to the silver-service heyday of the property’s former restaurant in the Henry Ayers Room in the 1970s and ’80s .

“Because we are going to be opening a new restaurant, we wanted to showcase what we can do,” he says.

“We’ve been an event establishment for so long now that we want to introduce the skills of our kitchen and floor staff to the general public, and Tasting Australia is the ideal opportunity.

“Considering we’ve also got all of our gueridons [trolleys] and high-backed chairs and all the trimmings that go with a fine-dining event, we figured we’d throw on a show.”

Ayers House executive chef Paul Groves has created six dishes from the Henry Ayers Room’s last silver-service menus, from around 1991, which will be served with “bygone panache”.

A gueridon service is a trolley service, with dishes finished and/or served from the gueridon to guests at their table. Ayers House has four gueridons from the 1970s which are being polished up for the Tasting Australia dinner.

The chateaubriand will be flambeed with Goolwa whisky at the table on a trolley with cooktop, while a “Henry Ayers Caesar” will be tossed on another trolley.

“We’re also bringing back the cheese trolley with a selection of South Australian cheeses … and we’re bringing back the port trolley,” McLeod says. “It was a major part of our business in the late ’80s and ’90s.” 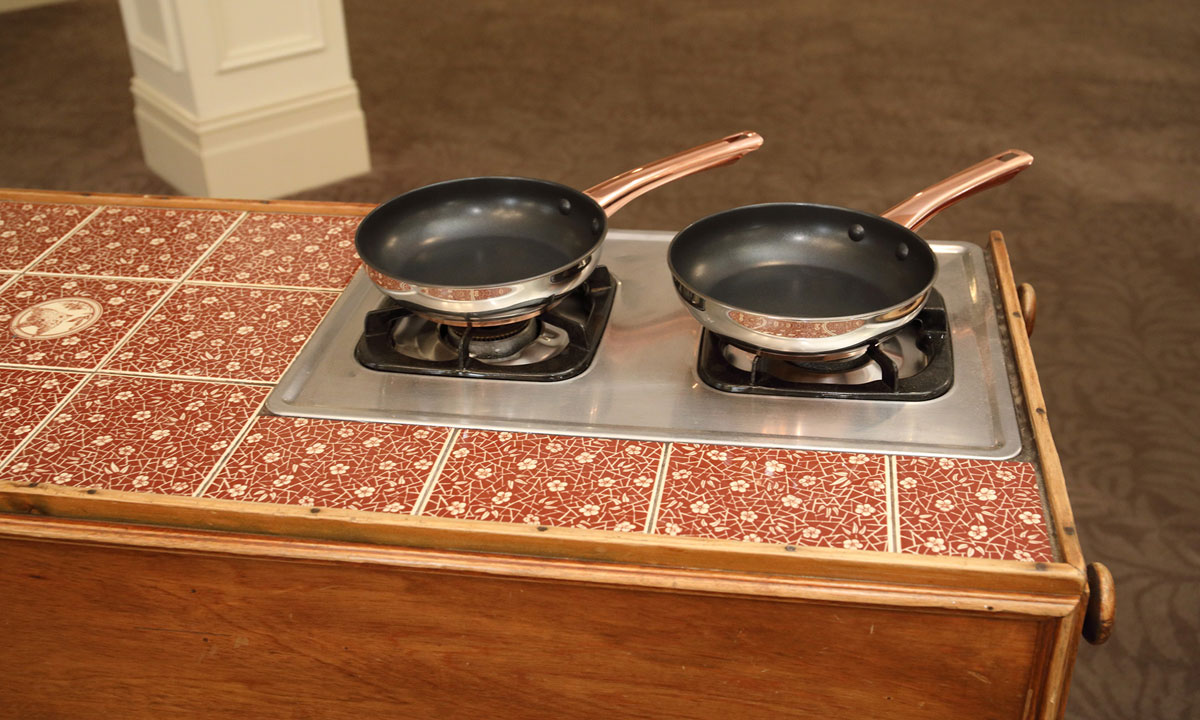 One of the gueridons which will be used in the Tasting Australia dinner. Photo: Tony Lewis / InDaily

A number of former staff members are returning to work at the event, including former executive chef Peter Coleman, who will do most of the cooking on the gueridons, and winemakers Kym Teusner and Matt Koch, who are responsible for the wine pairing.

McLeod has been director of Ayers House since 1990 and has been pursuing plans to develop a new restaurant in the Henry Ayers Room since he became the sole owner after buying out his business partners a year ago.

The previous restaurant closed around 24 years ago. The house, which was created by former SA premier Sir Henry Ayers after he bought the North Terrace property in 1871, currently operates as a weddings and function centre.

McLeod is hoping for a September opening for the new restaurant, assuming he can secure government approval for the changes he wishes to make to the decor of the Henry Ayers Room.

While he says the room will retain its old-world character, he plans to repaint the interior; replace the old carpet with floating wooden floors over the original, badly damaged floorboards; place extensive wine racks around the walls; add further wine displays in the centre of the room; change the lighting, and replace some of the large mirrors with oil paintings.

“It will be inward-looking, so people will be looking towards the wine and towards the furniture, and there will be some booth seating; comfortable little nooks.

“This restaurant doesn’t have an outlook – that was one of its failures in the ’80s and ’90s. When people wanted to be alfresco or in front of a big window, places like the Henry Ayers Room [which is at the rear of Ayers House] became unfashionable.”

While the Henry Ayers Room can seat up to around 50, several adjacent smaller rooms will also be available for private dining when the restaurant opens – including the beautiful library, where Sir Donald Bradman and Dame Roma Mitchell both celebrated birthdays, and which will remain untouched. 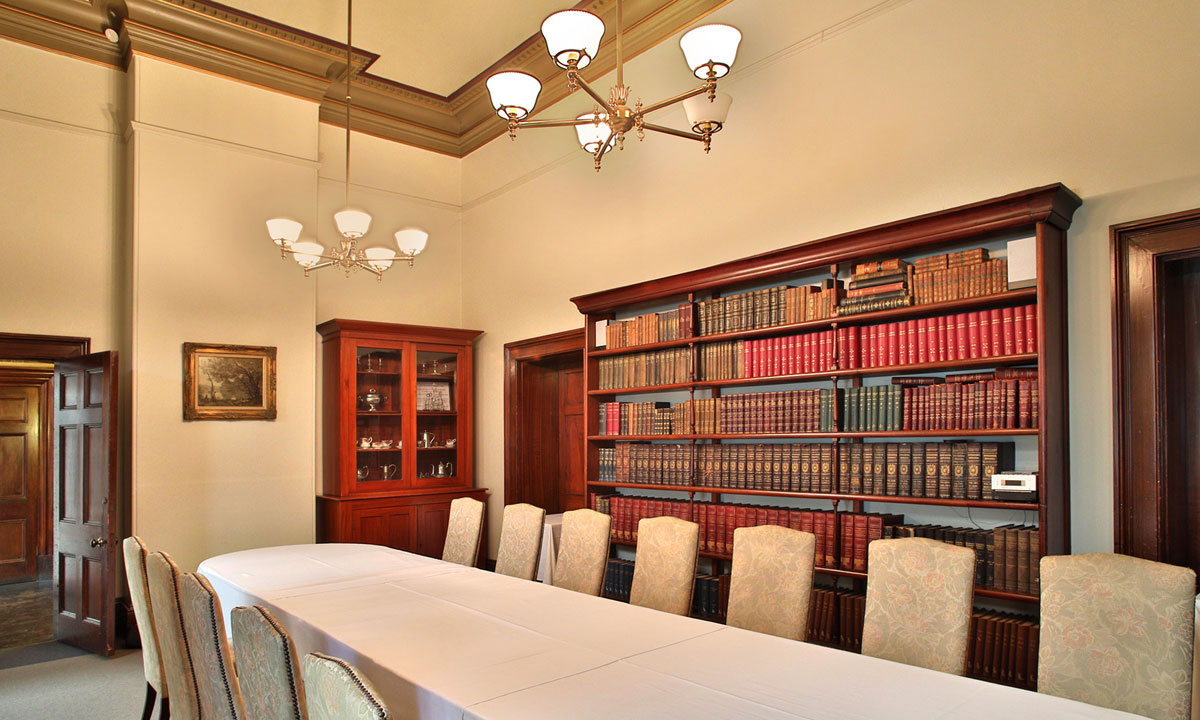 “I don’t like the term ‘fine dining’,” he says. “We’re not stuffy and we don’t want to be a stuffy restaurant … I like to call it honest: quality food at not-exorbitant prices.

“Unlike the [former] Henry Ayers Room [restaurant], where people used to go for a special occasion like an engagement or a 50th anniversary, it will be the sort of place you can come to a lot more often than that.”

The former restaurant opened around 1972, after then premier Donald Dunstan saved Ayers House from being demolished. It was his vision that part of the building be turned into an upmarket restaurant and part retained as a museum.

McLeod says that in its glory days, the Henry Ayers Room restaurant had five full-time chefs and was quite a sight to behold.

“We had very elegant maître d’s; there was a point where there were red velvet walls as well as the [large, wall-mounted] mirrors; high-backed chairs which were red velvet; they had damask tablecloths; all of the cutlery was French silver, all of the glassware was crystal and all of the plates were Royal Doulton with a gold rim around them …

“It was really, really stunning, but it was expensive. It was really something you could only come to for special occasions unless you were very wealthy.”

Changes to the fringe benefits tax laws, and what Paul Keating described as “the recession we had to have”, contributed to the end of the silver-service golden era.

We can’t go back to that style of extravagance,” McLeod says. “It just wouldn’t work.”

The Henry Ayers Room @ Ayers House’s Gueridon Service in the True Silver Service Tradition will be held on April 18, 19, 20 and 21 as part of the Tasting Australia program. More details here.