Fast food, like most modern commercial phenomena, is as much about the promise as the delivery – maybe more.

And Carl’s promises so many things: “big juicy American taste”, the “Great American Burger”, that “The USA is on its way – but only the good bits”, “hand made American classics”, and, its most fundamental claim, “chargrilled burgers”.

Despite being a massive chain, Carl’s likes to be folksy, emphasising that human hands play a role in its production line.  The ice-cream is “hand-scooped” and the chicken tenders are “hand-breaded”. A plaque on the wall honours “our founders” – the late Carl and Margaret Karcher, who started selling fast food in 1941.

With relatively little PR in the lead-up, Saturday’s opening of Australia’s third Carl’s Jr in Mt Barker attracted big crowds to a usually quiet corner of the Hills town.

Carl’s has been fitted into one end of a spacious BP service station, near the historic railway station.

A group of kids camped in the servo overnight before the Saturday opening, hoping to be among the first 50 customers to be rewarded with a free meal each week for a year.

By late afternoon on Saturday, the place was packed, with local carparks spilling over and queues snaking through the servo.

The fit-out is as glitzy as the sell: shiny black and red tiles, wooden booths, higher tables fitted with USB and power points for charging phones and laptops, marketing slogans everywhere – on the walls, the napkin dispensers, and the shirts of workers.

Nervous local kids – decked out in Carl’s Jr T-shirts – are joined by a conspicuous spread of older Americans, some wearing fancier chain merchandise.

All in all, it’s a slick package, with the impression of careful oversight.

The neon-bright menu board has a bewildering array of burgers, most of which seem very similar, with only minor variations.

I choose an “Original Thickburger” and some chilli fries; my companion selects the “Super Star with Cheese” and “natural fries”.

We settle into a booth and wait – at Carl’s your food is brought to you.

And we wait. After nearly an hour (surely an opening-day glitch), our food arrives. First impressions? As with all fast food, the visual reality is very different to the buffed, photoshopped, perky glory presented on the menu boards.

The Thickburger is smaller than I expected: the beefy patty is standard chain-store thickness, the bun is seedless, shiny, very soft (almost like brioche) and slightly sweet; inside are crisp lettuce, tomato, raw red onion and pickles, with a sweet sauce (mayo and “ketchup”) that tastes exactly the same as that used by rival Hungry Jack’s on its Whopper.

It’s a pretty standard chain-store burger: a combo of sweet and salty, soft and easy to eat.

The burger patty, though, is vexing: while adequately “beefy” in flavour and texture, it shows no signs of char flavour (just some faint “grill” marks), despite signs everywhere promising me a chargrilled taste.

My companion’s burger is the same: very redolent of the Hungry Jack’s product in taste, but again without any charred flavour. 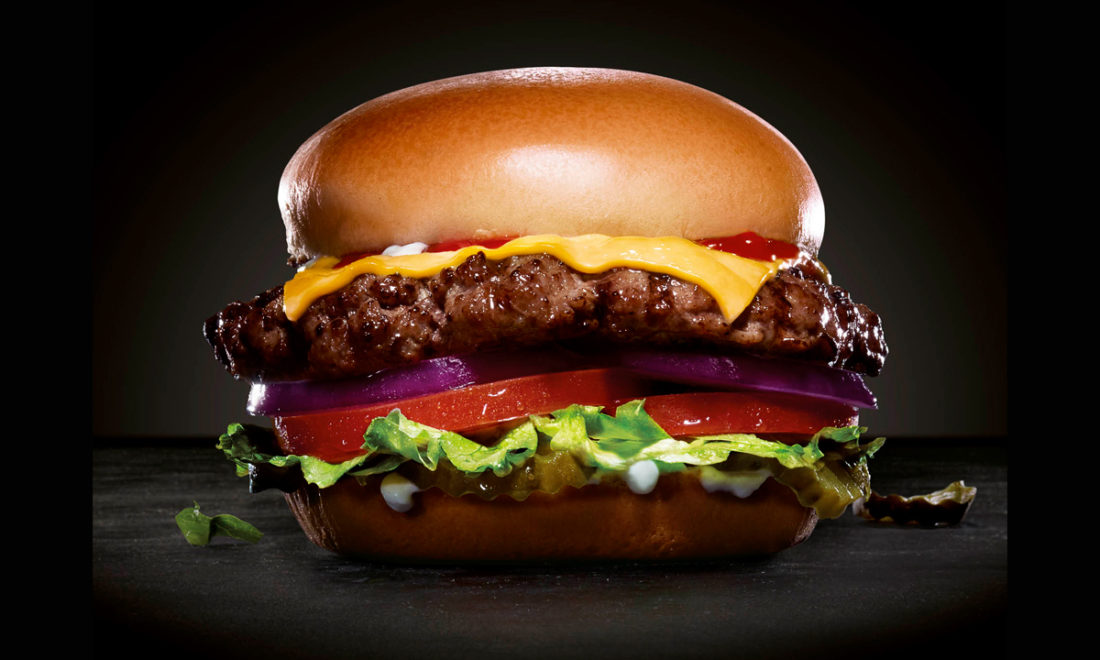 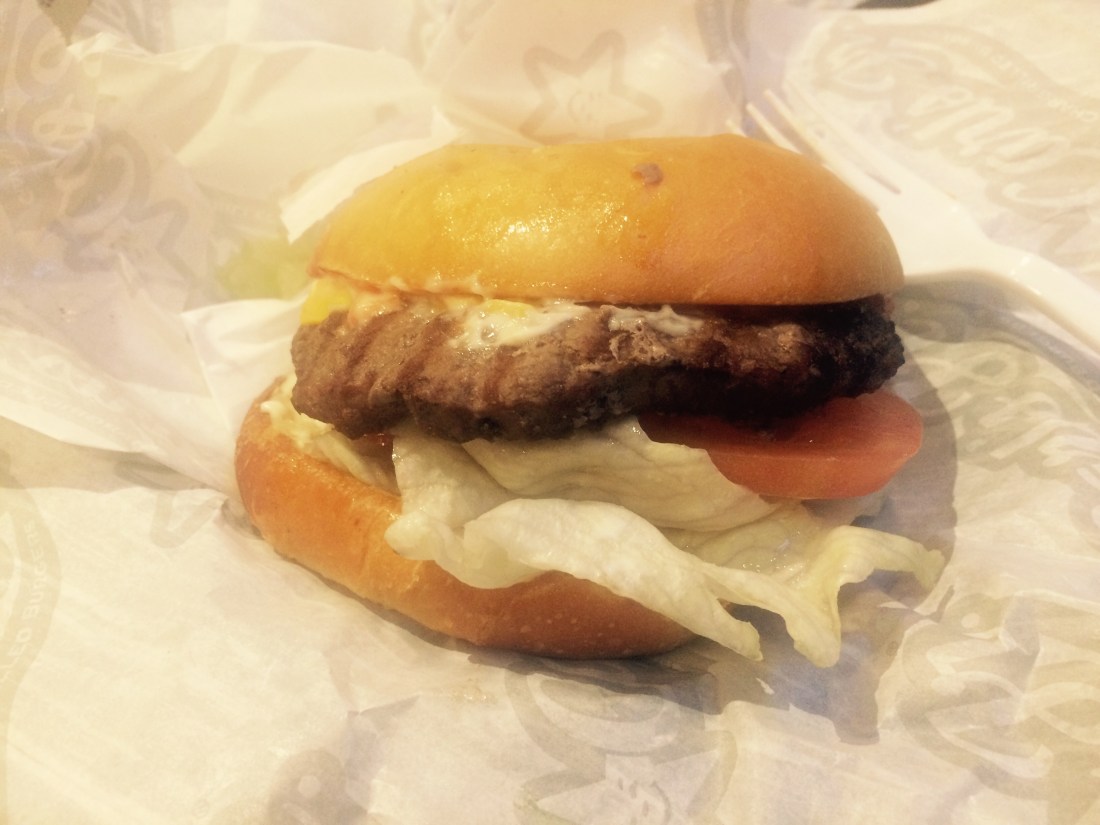 The “natural fries”, less crispy and golden than those served by the likes of McDonald’s, are served with little shreds of potato skin still on them, presumably so you can imagine a down-home American cook peeling each spud by hand. They are okay, but some diners will prefer the crispier alternative (Carl’s also offers “crisscut” fries).

The chilli fries aren’t good: a surprisingly thin layer of chips in the bottom of a cardboard container, with a pool of dull chilli-flavoured mince in the middle, draped with oily melted cheese. Avoid.

Given I’ve attended on day one, I return a few days later to see if my initial experience was affected by teething problems.

This time I choose the Thickburger with jalapenos. My experience is the same (although the service is much speedier): the burger is too soft in texture for my preference and a bit soggy (due to that flimsy bun); the patty again has little sign of smokey char.

Where does it sit in the pantheon of burger chains? I would say the Thickburger is a cut above your standard McDonald’s burger, but loses out to the Hungry Jack’s Whopper due to lack of char flavour.

Some local chains – notably Fancy Burger and Nordburger – offer much better burgers and, arguably, value (the Thickburger costs $9.95 – cheaper in a “deal”).

Nothing to write home about, as the Americans might say.